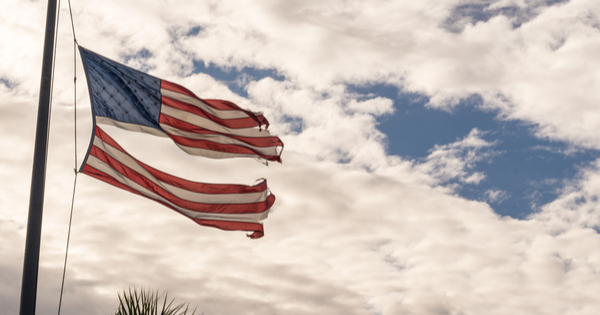 Do you feel the news cycle is speeding up or things are getting even worse since the impeachment trial? I thought the world was in trouble ever since DT was elected. But since the Senate abdicated its role in holding the President accountable for his actions, DT’s tweets and actions have spiraled out of control. Or maybe his aim is clearer. He has gone directly toward the jugular vein of democracy and has cut it.

Even Bill Barr, his legal fixer, spoke out saying enough is enough. Whether it was real or more likely political theatre, he said that DT’s tweets attacking the justice department, attacking actual judicial proceedings, was making his job impossible and undermine the legal system.

The context for Barr’s comments was DT’s direct and obvious intervention in the sentencing of Roger Stone, his “friend” and supporter who knows where so much dirt is buried. DT even attacked the judge and a juror in the case, illustrating what his lawyers, as well as GOP Senators (other than Mitt Romney), proclaimed: DT thinks he can do whatever he wants, thus destroying the concept of a fair trial. As the New York Times, Adam Schiff and others pointed out, if he is the law then there is no rule of law, and the constitutional separation of powers is dead.

After Barr warned him to stop his tweets, DT went on to say that he had the power to interfere in the Stone Case, or any case. And Barr’s move to make sure any investigation of the President must go through him, just cements DT’s control over the DOJ and judiciary and destroys the constitutional balance of powers.

As Rachel Maddow pointed out, DT is interfering in cases and pardoning criminals in order to make clear: if you violate the law on my behalf, you get a free pass. If you oppose me, as his firing of Ambassador Sondland, and Colonel Vindman and his attacks on Adam Schiff illustrate, you will pay a severe price.

And it is not just DT and those close to him who are speeding up their attacks on democracy, but Russia and some corporate media outlets. Last week, as reported by the New York Times, former acting director of National Intelligence Joseph Maguire had officials from his agency brief the House Intelligence Committee that Russia was interfering right now in the 2020 election to aid DT’s re-election campaign. This led to DT angrily berating Maguire and replacing him with Richard Grenell, someone with no experience in intelligence but who is a DT loyalist.

And this is already happening. Since Maguire was removed from office, national security advisers have been trying to distort or walk back Maguire’s briefing. They are now saying the briefing was “misleading” or “overstated” and that the Russians might now be thinking DT is just someone they could easily work with. Also, on February 22nd, National Security Adviser Robert O’Brien not only said that he hasn’t seen any evidence of Russia interfering in the 2020 election. He then smeared Bernie Sanders, distorting the reports of Russia helping Bernie, claiming they are “no surprise. He honeymooned in Russia.”

Then there’s the “list” being gathered by conservative activists like Ginni Thomas, wife of the Supreme Court justice, of those in the government who must be removed from their position because they are supposedly disloyal to DT. This evokes Joseph McCarthy’s infamous fabricated list from the 1950s of supposed Communists working in the government to serve Russia’s (the Soviet Union’s) interest. DT loyalists want to eliminate anyone who does not serve Russia’s interests or is loyal to the constitution and the greater interest of the U. S., not DT.

And in many mainstream media venues there has been a recent upsurge of attacks against  progressive Democratic candidates for President Bernie Sanders and Elizabeth Warren. For example, James Carville, a political analyst, said on MSNBC that the real winner of Saturday’s Nevada caucus was not Bernie Sanders but Vladimir Putin. He claims the press has not adequately vetted Bernie. And MSNBC host Chris Mathews likened Bernie’s win in the Nevada caucus to France being overwhelmed by the NAZIS in 1940. And this is from MSNBC, one of the more legitimate corporate news sources.

There are also memes cropping up that create even more divisiveness, limit rational discussion and serve the interest of would-be oligarchs, DT and Putin. For example, “Democrats are as bad as the GOP” ⎼ clearly not true. The differences between the two parties were made clear in the House impeachment investigation, in the GOP’s undermining of our health care and attacks on the ACA, Medicare and Social Security, etc. Or “Bernie is McGovern,” which is also not true. But if the Democratic party abandons Bernie as it did McGovern, they might make it true. Or if Bernie supporters don’t listen to and learn from supporters of the other candidates, or they talk about supporting Bernie or no one, they might make it true.

Just the constant assault on our ears and hearts, the almost perpetual Breaking News can make us fearful or hopeless. It’s so easy to cut ourselves off from others or the news and clutch onto fear and hold it close because we feel that without it, we’re too vulnerable. Yet, what we clutch tightly we become.  Our very future depends on our ability to take a breath, step back, look clearly around us at our friends and loved ones, and say, for them as well as our self, I must think clearly about this. And I must act.

A call to Congress takes 30 seconds. Call to voice opposition to the appointment of Grenell or the President’s intervening in the Roger Stone case or turning the DOJ and intelligence services into DT’s personal enforcement agencies. Let Congresspeople know you’re here. Or volunteer to work for Democratic candidates for the President or Congress.

Taking action decreases fear and anxiety and just might contribute to resuscitating democracy.

Facebook24Tweet5PinEmailShares29
wpDiscuz
0
0
Would love your thoughts, please comment.x
()
x
| Reply
Share this ArticleLike this article? Email it to a friend!
Email sent!