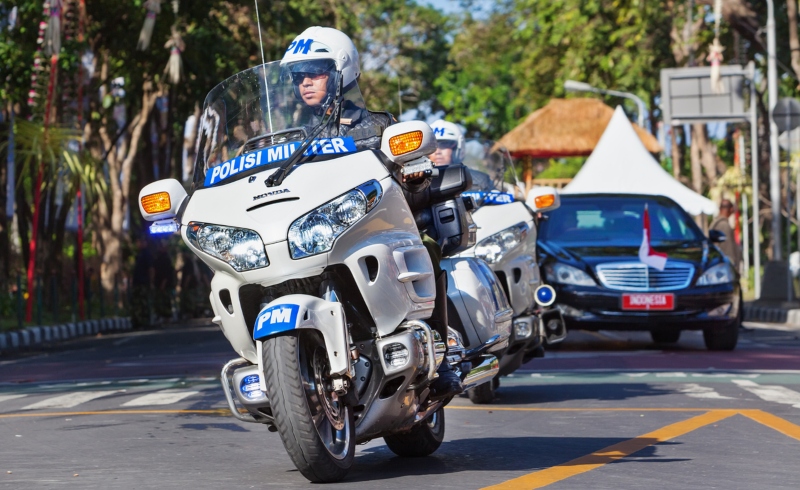 Tensions have been rising between the Indonesian central government and the Jakarta administration over differences in dealing with the pandemic, leading to confusion and concerns about scattered strategies in mitigating the crisis.

In September, when hospitals in the country’s capital were nearly full, Jakarta Governor Anies Baswedan made a critical and justified decision to reactivate the lockdown policy – known locally as large-scale social restriction, or PSBB.

The next day, President Joko “Jokowi” Widodo, said he was concerned Anies’ decision to limit public mobility and business operations in the capital could worsen the economic downturn.

In saying this, Jokowi contradicted his previous statement that putting the economy before health was dangerous.

Why do jurisdiction tensions – in this Indonesian case, between the president and Jakarta governor – happen in such a crisis?

We argue that existing political tensions (either latent or open) are often intensified during crises and disasters.

The pandemic can intensify prior political divides. The amplifying of existing relational gaps between jurisdictions sometimes reveals deeper layers of conflict.

Political economic variables, such as rent-seeking and power interests, might explain the tension between central and local governments.

However, we argue that a genuine conflict can also arise based on a clash of crisis management imperatives. Each leader at a different level of jurisdiction understands the crisis and responds differently according to their own biases.

At least three types of biases can be observed during this pandemic: border bias, projection bias, and normalcy bias.

Border bias is an illusion that administrative boundaries can physically limit the spread of disasters.

This territorialism approach is often inadequate when facing large-scale catastrophes and crises that are trans-boundary in nature.

Projection bias prompts leaders to project their current mindsets and assumptions into an uncertain future.

For example, seeking to leave an economic legacy in his last term, Jokowi has become indecisive throughout the pandemic. He is reluctant to put “human first, economy second”.

Public leaders in disaster and crisis settings often adopt normalcy bias – a habit of underestimating the probability of disruptions. They tend to accept interpretations that favour their interests and biases.

The interplay of the above biases compromises crisis-management decision-making during COVID-19.

Existing political divides are amplified during disasters when public leaders from different parties at different jurisdictions get involved.

In the United States, a similar conflict exists between President Donald Trump (a Republican politician) and New York State Governor Andrew M. Cuomo (a Democrat) over the issue of quarantine.

In Australia, Victorian Premier Daniel Andrews (of the Labor Party) adopted a strict lockdown policy. This went against the policies of Prime Minister Scott Morrison (of the Liberal Party) who favours “re-opening the economy faster by improving COVID-19 contact tracing”.

A debate about which level of government was responsible for the high death toll at aged-care facilities locked the Australian federal and Victorian state governments into a feud. In Australia, the pandemic also induces state rivalries and parochialism.

Conflicts like these occur around the world, from Europe to Latin America, with variations in complexity and intensity.

In Indonesia, we can also see such tension between lower-level governments.

In the province of East Nusa Tenggara, the municipal administration of Kupang recently decided to restrict movements out of concern that it didn’t have enough capacity to handle an increasing number of COVID-19 cases.

Within hours, the provincial administration overruled the policy. It allowed mass gathering and parties as long as they complied with COVID-19 protocols, arguing that economic activities have to continue.

In East Java, the provincial administration and the municipal administration of the province’s capital city, Surabaya, disagree on COVID-19 management issues such as allocation of mobile test labs, lockdown timeframe, hospital admission and transparency about new clusters.

Leaders of these administrations come from different political parties. While they are part of the same national coalition, they have different interests in the upcoming local election.

What is the public to do

There is no “one size fits all approach” to contain virus transmission. Even so, we can attribute a certain level of success to measures such as safe distancing, high testing rates, adequate contact tracing and quarantine, listening to experts and strategic border controls.

Whatever political parties or ideologies are in power, the public must pressure their governments to adopt those measures.

The public must scrutinise decisions made by any democratically elected government.

How a policy is made (whether it is scientifically based) and its objectives (to contain, to suppress, or to “live with” the virus) are more important than who made it and which parties they are from.

Some encouraging evidence has shown that at the community level this approach works.

Villagers of Panggungharjo in Bantul, Yogyakarta, established a collaborative response model where they developed their own measures to protect themselves from the pandemic.

These include monitoring movements of people in and out of the village and allocating rooms for village-level quarantine. They also encouraged community trading via an e-commerce platform.

The challenge is to upscale such collective consciousness and solidarity to the municipal, provincial and higher levels.