Get Daily Email
Join/Login CLOSE
Home / Politics / How Do Terrorists Fund Their Activities? Some Do It Legally 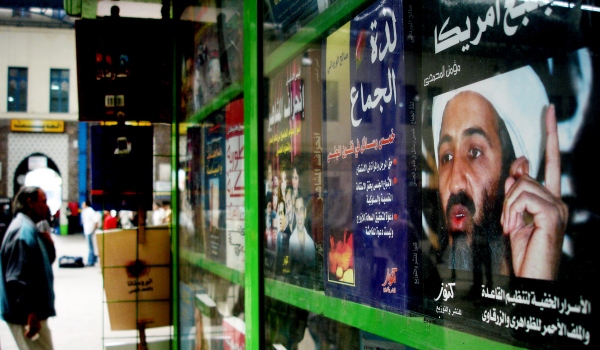 Indonesians were surprised when Para Wijayanto, leader of the Jema’ah Islamiyah (JI) terrorist network, was arrested earlier this month. The Southeast Asia terrorist network, responsible for the 2002 Bali bombings, is still alive and kicking.

JI was thought to be decimated after leaders such as Abu Bakar Ba’asyir and Umar Patek were arrested, and Noordin Top and Azahari killed.

The latest arrest revealed JI was using a palm oil plantation business to fund its terrorist activities. Previously, JI’s came mainly from illegal activities, such as through robbery and cybercrime.

Is using legal businesses as a front to fund terrorism part of a new trend?

I study the dynamics of terrorist organisation funding. Terrorism networks employ both legal and illegal ways to fund their activities – whether these are terror attacks, propaganda, recruitment or military training.

According to the Indonesian anti-terrorist financing law, terrorist financing refers to assets that are recognised, or reasonably alleged, to be used directly or indirectly for terrorism-related activity, organisations or individuals.

There are three stages of terrorist financing: fund-raising, fund-moving and fund-using.

They can use banks or other means to move the money.

According to Indonesian police, the JI leader, Para Wijayanto, conducted the plantation business while recruiting more members to the group. The goal was to set up a caliphate in the country.

The plantation business is huge in Indonesia, which is the world’s biggest exporter of palm oil. It can generate large incomes. Based on my research, the plantations are also usually in remote locations, which makes them ideal for shelters and military training.

Owning a plantation provides an opportunity to purchase large amounts of chemical products, such as fertiliser, which can be used to craft bombs..

The JI network has long been doing legal business to finance terrorism.

In the early 2000s, JI members raised money through robbery and hacking But they also set up book publishing companies in Central Java. JI used these to spread propaganda and raise money.

The Islamic State (ISIS) has also influenced most of the Indonesian-grown terrorist groups after ISIS declared its existence in the country in 2014. JI-linked groups have pledged their loyalty, with JI leader Abu Bakar Ba’asyir swearing allegiance to ISIS leader Abu Bakr al-Baghdadi in the same year.

Technology, especially social media and instant messaging, help these terrorist-owned businesses. They allegedly use Facebook, Twitter and Whatsapp to spread propaganda, generate income from online businesses, and to ask for and accept donations.

Here are some examples of legal businesses conducted by members of violent extremist organisations:

In late 2016, police arrested suspects affiliated with the Katibah Nusantara network, the Southeast Asian ISIS unit based in Syria and purportedly lead by Bahrun Naim. Police also found a travel agency run by Rafiqa Hanum, Naim’s wife who is believed to be responsible for the 2016 Jakarta attack.

Police said the travel agent manager helped two ethnic Uighurs, who were part of the East Turkestan Islamic Movement, come to Indonesia illegally and hid them in Batam. The company also helped foreign terrorist fighters travel to Syria under the cover of migrant workers or religious pilgrims.

Another case in 2018 involved Dita Oepriyanto, the Surabaya suicide bomber, who run a candlenut herbal oil business. He bought chemicals for creating bombs from an online supplier.

In 2017, an alleged terrorist from the Jamaah Ansharut Daulah (JAD) group was arrested in Bekasi, West Java. He owned a cellphone store. At his store, police found pipe bombs, electronic equipment, and guide books for crafting bombs.

Factors influencing terrorists in selecting their methods for financing include what skills they have in the groups and the counter-terrorism measures they are facing – for example close monitoring by government on cross-border fund movement.

The anti-terrorist financing law has complemented the capabilities of law enforcers in reducing Indonesian terrorist networks linked to those of Southeast Asian countries. The many arrests of terrorists in the past five years is proof of this.

As law enforcement has become more robust, terrorists have changed tactics, including the use of legal business to cover movements and avoid detection.

The government should remain vigilant to the changes in terrorist financing methods. Not only are fund-raising methods changing, the ways the money has been used recently has also evolved.

This issue is highly important because the financial flow becomes much less visible when it’s not used directly for terrorist activity. But it remains hazardous to society.

In my analysis, the people supplying financial support maintain loyalty to the groups and nurture new generation of jihadists. There are few government programmes providing social and economic incentives to jihadist families. The ones that do show no clear success and lack of monitoring and control. I believe sophisticated disengagement programmes are urgently needed.

There is a greater need to investigate terrorist financing because money is always at the centre of all terrorist groups’ strength. They are dependent on funding; our capabilities should be reworked towards addressing this.