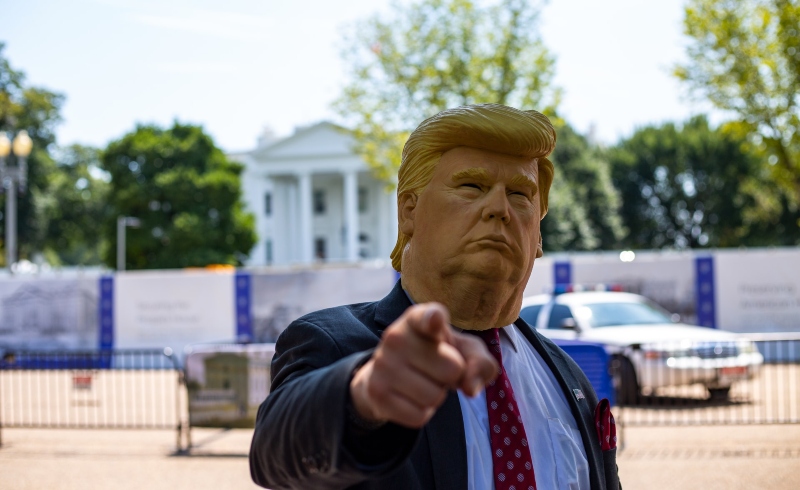 Author’s Note: The following was written in collaboration with Elwood David Watson, Ph.D.

As we meticulously wash our hands to prevent contracting the novel coronavirus, we must also be mindful to cleanse our hearts of hatred during this pandemic.

Unfortunately, the President of the United States continues to be infected with racial and ethnic bigotry, a cruel and cowardly testament to these trying times of death and despair. Throughout his careers in business and politics, Trump has never refrained from targeting minority groups for discrimination, condemnation, and blame for a host of reasons—whether real, perceived, or manufactured.

While the bully-in-chief’s callous behavior is nothing new, it’s nevertheless disturbing, reprehensible, and should not be taken lightly. It’s troubling that Trump and his cronies are threatening Asian Americans by persistently branding the coronavirus as the “Chinese Virus” and “China Virus” or the “Wuhan Virus” and “Kung Flu.” Such blatant ethnic slurs based on national origin are repugnant, whether unintentional or by design (most likely the latter). Trump’s daily tirades have resulted in countless Asian American citizens being stigmatized, verbally harassed and physically assaulted because of their national origin. This heinous conduct by Trump is unseemly, unpatriotic and un-American.

Put simply, Trump’s fear-mongering and blame-shifting cannot be tolerated, especially during a national and global crisis in which civility and kindness should extend to everyone — regardless of race, color, ethnicity, age, gender, religion, sexual orientation, socioeconomic status or other factors.

Let’s be clear: the spread of coronavirus is not the fault of Asian Americans. Yet, because Trump is immune to the truth, facts and reality, his open paranoia and xenophobia against Asian citizens of the United States continue unabated, to the detriment of common decency and American values.

Sinister sentiments being idiotically expressed by Trump about Asians and the coronavirus were previously attributed to African immigrants during the time of the Ebola virus outbreak in West Africa from 2014–2016. However, the World Health Organization (WHO) made it clear that such xenophobic, retrograde, primitive, and tribal language serves no purpose other than to cast blame and fuel hate.

In 2015, the WHO stated the following in guidance on “best practices for naming new infectious diseases”:

But don’t tell that to Trump, who appears more concerned with his public image and political standing than with the nation’s public health.

Some Trump supporters and others have resigned themselves to thinking that such verbal assaults by the American President on Chinese people in general, and Asian Americans in particular, merely represent “Trump being Trump.” Trump’s narrow-minded and dangerous ethnic-racist viewpoints must be unequivocally denounced by all people of goodwill.

Consider the following, as reported by ABC News:

Such senseless and unlawful actions are also a stark reminder of how Muslim Americans are too often pegged as evil, callous, primitive and other undesirable terms due to their national origin whenever a terrorist attack is carried out by Islamic extremists.

Yet anyone with half a brain and a modicum of common sense is more likely to believe the fact that an overwhelming majority of Asians and Muslims—like individuals of all cultures and religions—are decent, peaceful, and law-abiding people.

Demonizing any group during a pandemic only fuels hate without solving the urgent health care challenges which should be foremost on Trump’s immature mind.

Put simply, stereotyping any group is sad and sanctimonious during times of crisis or any other time. The age-old act of stereotyping signifies the often absurd and shallow judgments made about people without really knowing them.

It’s worth explaining (to anyone who doesn’t get it) that stereotypes are broad generalizations about a type of person or groups of people based on limited information and often without proof or factual accuracy to substantiate the smears.

Stereotypes represent biased, naive and ignorant thinking which results in malicious misinformation, asinine assumptions and patronizing behavior. While it’s possible for some stereotypes to be generally viewed as relatively positive, the vast majority are negative and highly offensive — more often than not. Stereotypes are serviced by unenlightened, insecure individuals, like President Trump, to project their discomfort, dislike, derision and bias upon a target.

Yes, we have all internalized some degree of assumptions about those who are different to us on some level. All of us have been guilty of ascribing stereotypes to different groups for different reasons at one time or another in our lives.

If you follow the National Basketball Association (NBA) then you’ve likely heard of Jeremy Lin. He was the first Asian American player ever to contribute to a team winning the NBA championship. He’s also a Millennial and Harvard graduate. Lin boldly stood up and spoke out against Trump, which captured national attention about the mistreatment of Asians linked to the coronavirus.

🤦🏻‍♂️I wish you would powerfully support the vulnerable people that will suffer due to our mismanagement of this virus, including those that will be affected by the racism you’re empowering https://t.co/QfRHiOFGEm

Jeremy Lin is a role model for Millennials on speaking out against discrimination, harassment, and hate speech.

We all know that old habits are hard to break and people don’t change overnight.

Nonetheless, it’s imperative for us all to make every earnest effort to eradicate stereotypes, dispel discrimination, halt harassment and all forms of hate which are voiced implicitly or explicitly against any racial, ethnic, religious or other group.

Standing up to bigotry in any form is vital as America becomes increasingly more diverse, with the combined number of traditional minorities projected to outnumber Whites in the decades ahead. As minority groups quickly become the new “minority-majority” — with Hispanics and Asians accounting for the fastest growing populations — we must all show more understanding and empathy to those who are different than us. That is, if most Americans aspire to be more united and less divided in the eventual aftermath of the tumultuous Trump era.

No group should be targeted with baseless assumptions or pegged with myopic labels due to discomfort, fear and ignorance based on insecure individuals. All Americans of goodwill should ask themselves this profound question: Do we want the same sort of misguided and perverse labeling of certain segments of the population to be directed toward us one day? If not, then we must all be extra vigilant in recognizing and calling out those misguided and hateful souls who regularly engage in retrograde stereotyping, harassment and discrimination.

Let’s remember that misguided labeling is insulting to everyone.