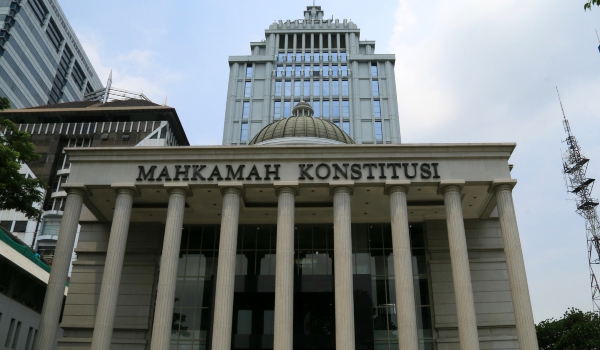 All nine justices rejected the challenge in its entirety. There were no dissenting opinions.

The Court’s decision is not a surprise. If we look back to five years ago, the Court also rejected similar claims by the losing Prabowo in the 2014 presidential election dispute lawsuit.

Prabowo’s team used similar arguments in the 2014 trial. But, they failed to provide sufficient evidence that were requested in 2014. So it was clear why the lawsuit ended with another rejection for the second time.

This is my analysis.

On error in vote counting

Prabowo’s camp accused Jokowi’s camp of vote manipulation. They claimed to have found invalid voters throughout Indonesia. But they did not provide sufficient evidence.

Prabowo brought the same allegation at the 2014 presidential election dispute. In 2014, the judges rejected the claim because Prabowo failed to explain clearly and in detail at which level and where the vote counting errors occurred that resulted in Prabowo’s vote being reduced and Jokowi’s vote gain increased.

Prabowo alleged that a number of polling stations have zero votes for him. According to Prabowo’s legal team, this was impossible and proof that fraud had occurred. Similar allegations were used in 2014.

However, these allegations was also broken by the judges 5 years ago.

At that time, the Constitutional Court discovered that there were indeed 100% of votes for one election candidate and zero vote for another at certain polling stations. They refer to the results of 2014 presidential election in several districts in North Sumatra, East Java, Bali, Maluku, Papua, and North Maluku. According to the panel of judges, this can happen in certain regions that have strong indigenous social ties.

This was also brought up during the 2014 presidential election dispute.

At that time, Constitutional Court justices considered that it was not prohibited for regional leaders to campaign for a candidate in a personal capacity or as a party member.

In Article 281 Paragraph 1 of the Indonesian Election Law 2017, election campaigns may include the president, vice president, governor, deputy governor, regent, vice regent, mayor and vice mayor as long as they do not use state facilities and do not campaign during working hours.

This year, again, the judge rejected this argument. They argued that the matter had been followed up by The Election Supervisory Board.

Prabowo’s camp accused Jokowi of vote-buying. The Prabowo camp claimed that Jokowi bought votes from civil servants by raising their salaries and paying for the holiday allowance (THR) earlier.

However, it seems that the Prabowo’s camp did not learn from the decision in 2014.

In 2014, the judge asked Prabowo’s camp to prove that money politics would influence voter’s choice and significantly influence the end vote result. At that time, the political arguments of Prabowo’s legal team were judged to be unsubstantiated and that testimony of witnesses that were brought to the stand were not sufficient.

In this year’s lawsuit, the Prabowo’s camp also shows no evidence that proved all civil servants whose salaries had been raised definitely chose Jokowi.

Prabowo’s legal team seemed to bring back the lawsuit materials used during the trial session of the 2014 presidential election dispute. Unfortunately, the plaintiff failed to brings sufficient evidence that had been asked by the judge in 2014. It is clear why the Court also rejected Prabowo’s claim this time.

The General Election Commission (KPU) is obligated to follow up the Court’s decision no later than three days after it was issued. This means that by Sunday, Jokowi’s reelection for his second term is set in stone.