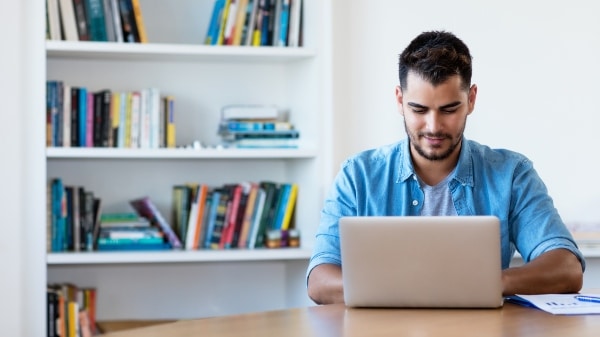 When Malawian President Bingu wa Mutharika died on 5 April, 2012, the then Vice-President Joyce Banda took over as the country’s leader in line with the constitution. But the events before and immediately after Bingu’s death would not lead to an easy transition.

She was sworn in on Saturday 7 April, as Malawi’s Head of State and Government, becoming first female president in the country and the SADCC region. Bloggers have generally received the transition with a lot of excitement.

In a detailed post titled ‘Joyce Banda I know and trust‘, journalist Kondwani Munthali chronicles his own admiration of Joyce Banda. Having known her from his youth, he states:

The Joyce Banda I have come to know and respect, is the mother who speaks on empowering the poor from her heart. She does not read the script nor pretend she knows, she asks questions at every stage of her statement: ‘sichoncho’.
The Joyce Banda who inspires me was the one who removed all the trappings of the Vice Presidency and went to sit down on a mat in Ndirande to condole a family of the victim of Police brutality.
The JB I know that well is the one who kept telling the people empowerment is possible even at grassroot sharing of livestock such as goats, cattle, small processing plants and mechanisation of farming.
The Joyce Banda I know is the one that could go and hug an old woman anywhere and feel confortable.
My favourate quotes of President Joyce Banda remain when she spoke after attacks on women in Lilongwe and someone tried to misintepret. She said it was a sympton of the larger problem among te youth.
When she walked almost a kilometre to see Atupele Muluzi, I asked her why she decided to walk, she said, “It is a necessary evil that we can be free.”

Malawi’s ‘accidental’ President, Joyce Banda, has set her feet to the peddle. Her first task, as it were, was to sack flamboyant Information and Civic Education Minister, Patricia Kaliati. For a woman who prides herself in gender emancipation, Banda set in motion the opposite instinct in her mantle. Malawians should expect more.

However, Gregory Gondwe takes a very different approach. After identifying key issues needing her attention such as foreign exchange, maternal health, media freedom, nepotism, propaganda and fuel, he makes a stinging attack on the president:

I am in deep doubt that you are any different fro your predecessors if going by your appointment of Dr. Benson Tembo is anything to go by. Here is a man who was in the management of MBC at the time Dr. Hastings Kamuzu Banda used it as a suppressing tool. Dr. Tembo is the same person who perpetuated his charge even under President Muluzi when he was the pioneer head of the then Television Malawi. You cannot describe how it operated then as professional. And this is the person you appoint again and knowing how you used to chastise workers at MBC when you were a cabinet minister for not covering you enough, I know we are back on the same circumstance for another vicious cycle. The most unfortunate thing is that the grassroots are sensitive to any mistake that you will make and they will give you, your prize or God will do it on their behalf.
I wish you all the best your Excellency President Joyce Hilda Mtila Banda.
Yours Sincerely
Vitus-Gregory Gondwe

Her new cabinet has also attracted reactions from bloggers. Political scientist Boni Dulani says that he should be excused for being very skeptical given the composition of her new team:

We must confess at this blog to being underwhelmed by the cabinet names that came out of Mudi House last Thursday. Only 13 names in the 32 member-cabinet are holding ministerial positions for the very first time. The rest, including President Banda herself and Vice president Khumbo Kachali – have either served in the Muluzi or Mutharika administrations. Meanwhile, eight of the ‘new’ ministers have served in both the Muluzi and Mutharika cabinets.
While this gives Banda’s cabinet a heavy dose of experience, it is not the kind of experience that inspires this blog, given the performances of our recent cabinets. Indeed, of the 19 members with prior ministerial experience, 15 have served, or were still serving in the late Mutharika’s cabinet. Can we now expect these individuals to become better “performers” simply because their former mentor is no more? We have serious doubts about that.

Surprisingly, female bloggers have avoided commenting on Joyce Banda’s rise to the presidency. A prominent journalist Rebecca Chimjeka has avoided sharing her opinion in almost all her posts about Joyce Banda. For instance in her post about Banda’s view on Malawi hosting African Union Summit, Rebecca remains factual:

This blogger understands that during her meeting with civil society organizations on Monday, President Joyce Banda alluded to the fact that hosting of the summit will depend on the AU secretariat’s assurance to source money for Malawi to host the indaba which will cost more than one billion Kwacha.

According to the president, the country could not have hosted the 53 member countries’ indaba had it been that there were no assurances from Addis Ababa and other African leaders to provide financial support.

Madame Banda, then ceremonial vice president, vehemently opposed to hosting the AU summit amidst the economic crisis the country is going through.

One final reaction comes from Ndagha who says Joyce Banda has started well but should ensure that she respects all sectors of society:

So far JB has started well and she has to keep it up. A president cannot afford to hate the media, civil society, the church, the judiciary, the electorate and academia in Malawi and expect that things will run as usual.

Yes God keep it a land of peace. God loves this country. No one should take it for granted.