As I went on about the other morning about Trump’s new fundraising strategy, my wife sat and pretended to listen. I don’t really need much participation from anyone when I am riffing about Trump, but the occasional “uh-huh” does keep me aligned, and relatively calm.

Suddenly, a little voice came to me from the living room. In his waiting-for oatmeal-to-be-cooked mode, my son asked me: Papa, why is Trump bad?

My son is four years old. He has heard me rant, and at times scream about Trump, more than once. On the day after the election, when it seemed Trump could win a second term, he saw his father almost cry from a combination brain-splitting migraine, and the prospect of America’s ultimate demise.

My son is now at the age where he is trying to figure out the concept of good and bad people. When watching some show, or movie, he will often ask me if so-and-so is bad. Should I answer in the affirmative, then he will get a look in his eyes that tells me the thoughts are churning. The inevitable “why” is he bad will then be asked. When you are dealing with a cartoon, answering this question is not so challenging. The context of the good and bad qualities has been constructed for us, right?

But where do I begin with a creature like a Donald Trump? So, I answered my son with a simple affirmative: Yes, he is bad.

“Why?” His eyes were engaging me, and I knew that his understanding of my moods was like that of any child’s; they have a sixth sense about our every inner fluctuation. When something is distracting us, they feel it first. We all felt it with our own parents when kids, right? Need to make mom smile, you might have told yourself. My little boy knew that this Trump character was not a welcomed guest in our household, and often had me very upset.

Never wanting to quash my son’s curiosity, I realized that I wasn’t going to be let off the hook so easily. I sighed and gave it a stab: “He’s a bad because he promises things and then doesn’t keep those promises.”

I felt good with that answer.

“Like what?” I needed to get his oatmeal cooked faster, and throw on some cartoons, to extract myself, him also, from the swamp of Trump — there are terrible monsters in there, oozing pus and foul-smelling, that surely could affect his sleep in a way that it has affected mine.

“Well, buddy,” my son loves building things. He builds massive Brio (wooden trains from Sweden) cities that go from the bedroom through the foyer to the kitchen; he is constantly building. “You know how you build things sometimes?” He was fully tuned in. “Well, let’s say you built a big Brio city. And all of your little people — the figurines that come with Brio — are allowed to play in the city except for Sally (we gave the people names).”

“Why can’t Sally play there?”

‘Because Trump doesn’t want her to play there. He just said that the city is for everyone but Sally. Is that nice for Sally?” He seemed offended for Sally. He knew that she would be hurt. Those little people are his pals. How could there be a city without Sally? So as not to let him worry too much about Sally, I went to the room and got her out of the box. “Sally is always allowed in our city, right, pal?” He smiled and grabbed Sally.

“Why does Trump not like Sally?” He continued holding her and setting her next to his now-ready oatmeal.

“Because she looks different from him.” Sally was a white with blond hair. I chose her because I didn’t feel like delving deeply into matters of race. “Trump is a boy and Sally is a girl. He is sometimes not so nice to girls.” My son doesn’t yet distinguish between male and female differences. His eyebrows knitted in a more full-throated defense of Sally.

“Everyone is allowed in my city,” he said in defiance of Trump. “Does Trump still build cities?”

“Well, he never really built cities but houses, and hotels.” My son liked the fact that he was a builder, also.

“Is he a good builder?” I needed to clarify this matter for him — couldn’t let his affinity for building overcome his distaste for Trump.

“Actually, he doesn’t build. He has other people build for him. He might ask you to build a house, and promise to give you a big bowl of ice cream.”

“I want to build a house for Trump,” he smiled imagined the treat he’d receive for his hard work.

“Okay. But when you are done building it, bud, Trump will say to you: I won’t give you any ice cream.”

“But why? I built the house for him.” He was again perplexed.

“Because Trump wants to eat the ice cream. And he doesn’t care if you want it or not.”

“Then I will take the house.”

“Nope. The house now belongs to Trump and he won’t let you play with it.”

He sat for a minute eating his oatmeal with raspberries. I could see he was concerned about the injustice. No Sally allowed in the city; the house was built and the promised ice cream not delivered.

“Papa, let’s not invite Trump over for pizza.” I make homemade pizza, and often invite friends over. Being invited in our house is a sign that a person is good.

“You gotta deal, buddy.” I gave him a hug, and then we did a low-five.

I was glad that my son understood the ugliness of Donald Trump without having to pull him, way too early, into that oh-so ugly, and vile, world known as Trumpism. 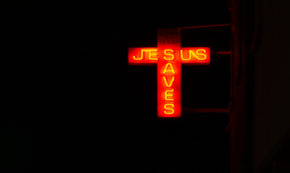 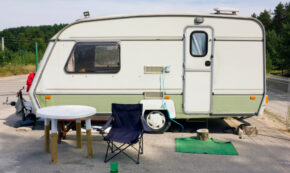