Get Daily Email
Join/Login CLOSE
Home / Politics / Over a Month on in Post-Election Australia: No Mercy for Refugees in Indonesia 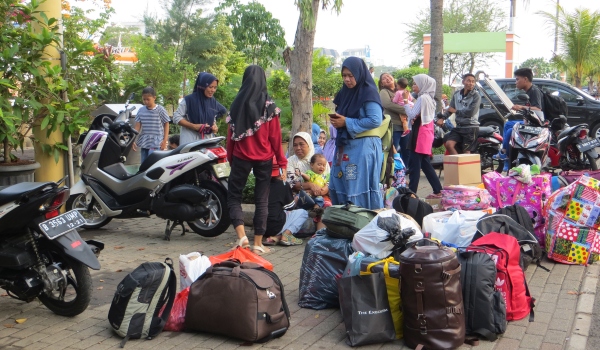 The unexpected election win for Scott Morrison and his Coalition in Australia on 17 May means that refugees in the region continue to face gruelling prospects of finding a durable solution in their search for effective international protection.

During his time as Minister for Immigration and Border Protection, Morrison played a key role in designing harsh border protection policies for Australia. They include his infamous “turn back boats” policies that keep refugees stuck in transit countries like Indonesia. Morrison is known to decorate his office desk with a trophy resembling an asylum-seeker boat that bears the inscription: “I stopped these”. Now that Morrison and his Coalition won the election, similar policies will be pursued.

With Australia applying deterrence policies, Indonesia might have to step up to ensure protection for refugees transiting in the country.

In his election campaign, Morrison and his Coalition promised to maintain the intake of refugees at 18,750 refugees per year – 30% less than the Labor Party offered.

In Indonesia, 14,067 refugees and asylum seekers were registered with the United Nations High Commissioner for Refugees (UNHCR) as of January 2019. This includes 4,000 children. Most of them are from Afghanistan, Somalia and Myanmar.

Morrison has kept his word in limiting resettlement options for refugees stuck in Indonesia. Since November 2014, the Australian government has acted retroactively refusing to resettle refugees who had registered with the UNHCR in Indonesia on or after the beginning of July that year.

His government has also capped community-sponsored intake to 1,000 places. Before the election the Labor party had promised to increase it five-fold to 5,000. But with Morrison’s victory, the much lower quota holds.

But cheaper and larger scale community sponsorship for refugees stuck in Indonesia would surely decrease the risk of asylum seekers paying people smugglers to take them to Australia. It would also mean that refugees do not have to use their limited resources for the expensive trip. Instead, they could use their money to sustain themselves during the lengthy transit in Indonesia.

Currently, Australian funding sponsors 8,400 refugees to live in 81 community housing facilities in Indonesia. In 2014, the number of facilities was significantly expanded following publication of a Human Rights Watch report “Barely Surviving: Detention, Abuse, and Neglect of Migrant Children in Indonesia”.

However, the Australian government has cut the budget allocated for financially supporting refugees and asylum seekers in Indonesia. The cut means that around 5,000 refugees now do not receive financial support or accommodation in community housing.

Many refugees wait for up to 10 years in Indonesia for resettlement, and during that time they are not allowed to work or otherwise contribute to the society that hosts them.

Aside from the difficulties that refugees endure in Indonesia, their overall mental health situation is not looking good. Suicide attempts are reported more and more.

Since 2018, the Indonesian government has made policy changes that allow all refugees to live in community housing rather than languish in immigration detention centres. The policy change also enables refugee children to attend school.

But the Indonesian government does not allow refugees to work and earn an income to sustain themselves, so even this refugee-friendly policy change that permits refugees to stay in the community is not meant to be a durable solution to the need for a new home.

A durable solution for long transit?

In Indonesia, there is continued resistance to integration of refugees. The Indonesian government and parts of society are uncomfortable with doing more as hosts, citing cultural difference, overpopulation and high unemployment figures.

All these issues raise the thorny question: If Australia refuses to resettle them and no alternative resettlement offers materialise, shouldn’t Indonesia integrate and enable the refugees to make greater positive contributions to the society that the live in anyway?

This may not be a perfect solution for Indonesia, especially the more resistant parts of Indonesian society, where large numbers of refugees live and sustain themselves while in transit.

But greater integration in Indonesia would put an end to the refugees’ never-ending ‘transit’. It would also be a great opportunity for the Indonesian government to take the moral high ground, especially now that it is a non-permanent member of the United Nations Security Council.