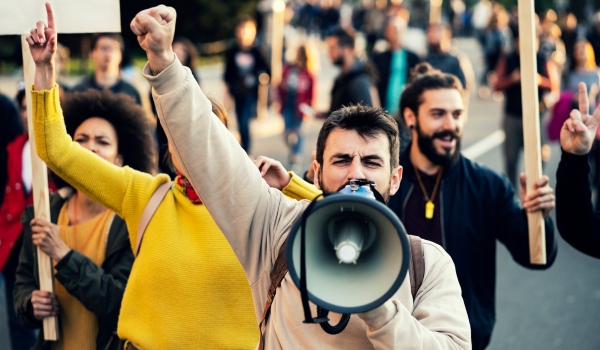 At last, Speaker Nancy Pelosi says he has. A whistleblower says Trump withheld foreign aid to Ukraine to pressure the country’s new president into investigating Joe Biden’s son Hunter’s past business there. Trump doesn’t even really deny it.

Pelosi has long resisted calls for impeachment, to the chagrin of more progressive lawmakers and activists. But the latest revelations finally brought a cavalcade of more centrist party figures around on the issue.

If true, of course, Trump’s conduct was patently corrupt. “If the president used his office to get a foreign government to investigate a political rival, with an eye toward undermining that rival, that’s a clear abuse of power that assaults the basic premises of American democracy,” explains The Nation’s John Nichols.

But I admit I’m puzzled — not about why Trump’s behavior here was bad, but why this was the offense that got so many reluctant Democrats to stick their neck out.

There’s been any number of earlier abuses — from the merely venal (like altering a hurricane forecast with a sharpie) to the unapologetically corrupt (like putting military officers in Trump hotels and charging taxpayers for vacations at his own properties).

I also recall there was something about Russia, a fired FBI director, and — oh right — that time he called Nazis who’d just beaten people and killed someone in Charlottesville “very fine people.”

At every juncture, and countless others, pundits wondered whether this was the last straw, only to have a fresh truckload delivered the next day. (In fact, the Trump campaign now makes a killing selling Trump-branded plastic straws, to trigger the sea turtles I guess.)

To me the Ukraine-Biden gambit looks like a lot of other things Trump has accustomed us to expect from him. Is there some deep reservoir of public affection for Biden or Ukraine that Democrats feel they can draw on to get their case across this time? It seems unlikely.

The fact that we’ve grown desensitized to such abuses could itself be the best reason to finally prosecute one. But truthfully, there are about a thousand other things I’d rather see lawmakers build a case around.

For instance, after taking buckets of fossil fuel money, the president rolled back power plant emissions limits, launched legal action against automakers who agreed to increase their fuel efficiency, and wants us out of the Paris climate agreement. He’s repeatedly censored government climate scientists to cover his tracks.

Is destroying the planet impeachable?

What about caging thousands of children, or continuing to separate them from their parents after a court ordered him to stop? Or openly violating U.S. and international law on the treatment of refugees? Or allegedly encouraging border officials to break the law, with the promise of pardons?

Speaking of attacking rivals, what about tweeting incendiary racist slanders against Reps. Ilhan Omar, Rashida Tlaib, and other progressive women of color, all but openly encouraging extremist violence against them?

What about encouraging a foreign leader, Israeli Prime Minister Benjamin Netanyahu, to block those members of Congress from an official visit to the top U.S. aid recipient?

Impeachment is as much a political tool as a legal one. If Democrats feel they need the Ukraine story as a legal hook to start the process, that’s one thing — but I hope they won’t forget to make a political case against these much more egregious abuses along the way.

Otherwise they risk sending the message that the worst thing a president can do isn’t to attack the people or the planet, but a fellow elite.