Get Daily Email
Join/Login CLOSE
Home / Politics / There Will Always Be A Brexit, Unless Britain Listens To Me 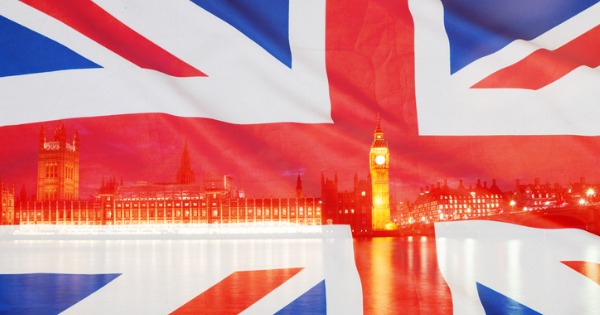 Unlike the Government and Opposition parties in Great Britain, I have a can’t miss solution for Brexit that I am loathed to share for one simple reason.

Watching Parliament debate this insanity is just so much delicious fun.

If you haven’t watched YouTube videos of BoJo (Prime Minister Boris Johnson); the well-spoken if highly inflammatory leader of the opposition, Jeremy Corbyn; and above all, the Speaker of the House John Bercow; you are missing the greatest circus, I mean show, on Earth.

Parliament may be more inclusive than in the past in terms of women and minorities, but it essentially remains what it has been for centuries: a place where the elegantly attired members of the privileged political classes go to yell at one another, make clever gibes, shout without cease, interrupt one another, and every so often, pass laws.

He’s well-spoken to the exact degree that his hair is (apparently deliberately) a crime scene, with felicitous phraseology flowing effortlessly from his lips while at the same time looking like a spokesmodel for a new shampoo called Bedhead.

But the best act in the circus is Speaker Bercow, whose cries of “Order! Order! Awwwwwwwwwwwwwder!” remind one of the over-excited soccer announcer Andres Cantor’s virtually orgasmic cries of “Goooooooooal!”

Bercow, who has just announced his resignation after more than a decade in the Speaker’s chair, takes great pleasure in yelling at his colleagues when they are “disorderly,” his second favorite word (after “Awwwwwwwwder!”).

He tells them that they are impetuous, badly behaved, or otherwise inappropriate, and does so with an ability to make the English language flow as rapidly and delightfully as the River Thames on a summer day.

Just go to YouTube and type in the Speaker’s name and you will find yourself gobsmacked by the high-level repartee, which calls to mind a roomful of John Cleese twit of the year candidates bickering ceaselessly (“Oh, I’m sorry — I thought you came here for an argument!”).

The sound and the fury are provoked by, and yet also mask, the severity of the topic at hand: Brexit.

Three years ago, the unwitting British public voted, by the narrow margin of 52 to 48 percent, to leave the European Economic Union.

Some observers believe that the Brits had no idea what they were voting for, other than the possibility of getting a bunch of immigrants out of the country.

Turns out there was much more at stake: jobs; trade; retirees living comfortably abroad; and the relatively fragile peace between the Republic Ireland and Northern Ireland.

The Brexit mess consumed and destroyed the Prime Ministership of Theresa May, BoJo’s predecessor, and Johnson himself has gone oh-for-six on the motions he has presented the House of Commons since he recently moved into 10 Downing Street.

If that keeps up, and he fails at crashing Britain out of Europe by the current “deadline” of Halloween, he may well become the shortest-serving Prime Minister in British history.

It’s hard to believe that so much is at stake, given how silly Parliament appears as it yells, roars, and carries on in such a self-amused manner.

The British pound has taken a beating since the uncertainty of Brexit began, and the British economy is poised to crash (or soar), depending on whether and how Brexit takes place.

Johnson’s machinations would be the highest form of London entertainment since the 1970s-era comedy “No Sex Please, We’re British” — if so much weren’t riding on the outcome.

Parliament is currently “prorogued,” which is upper-class twit-speak for “Shut Down By Order of BoJo,” but the U.K. High Court may reopen it next week, which means the BoJo/Corbyn/Bercow show may shortly resume for your delectable viewing pleasure.

If it seems as though I’m having a hard time taking the doings of the British Parliament seriously, you’re exactly right.

It’s the ultimate in unscripted entertainment and I urge you to partake of it.

So if you promise not to tell the Brits, here’s my own solution for Brexit:

Tiptoe away from the whole thing.

Stop even talking about it.

Eventually, the European powers-that-be will stop waiting for the Brits to announce how they’re actually going to leave.

They’ll just forget the whole thing, too, relieved that the nightmare has reached a not-with-a-bang-but-a-whimper conclusion.

Britain can then return to being, well, Britain.

Of course, my brilliant advice is just too simple for a problem as complex as Stay or Leave, Deal or No Deal.

It’s been long said that there will always be a Britain.

It appears just as likely now that there will always be a Brexit.

The Prime Ministers may come and go, and even the Speaker of the House, my beloved John Bercow, will soon step down.

But the show must go on, and I say, what a jolly good show it is.

Michael Levin is a New York Times best selling author, and the owner of www.BusinessGhost.com, a ghostwriting and self publishing firm that helps people create books that are used as marketing tools. He and his team have ghostwritten, co written, and/or collaborated on over 200 book projects, including projects with celebrities, sports figured, and prominent business leaders.

Facebook3Tweet1Pin1EmailShares5
wpDiscuz
Share this ArticleLike this article? Email it to a friend!
Email sent!