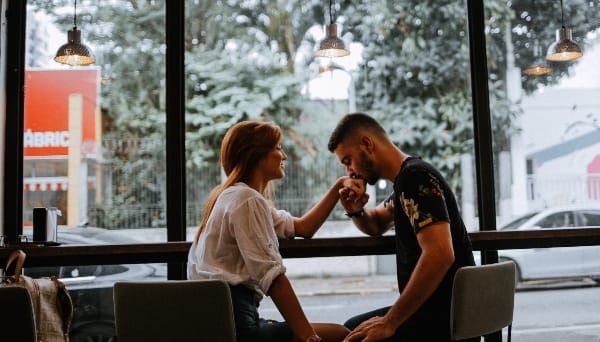 The other day, I was listening to a girlfriend voice her frustration on the phone about the latest guy she was dating and how he mysteriously seemed to drop off the planet.

She was reasonably flustered, confused, hurt and at the end of her rope when it comes to dating.

So it got me thinking, What is it that I hear, time and time again, that women really want from men they’re dating?

This post was inspired by the trials and tribulations of my girlfriends, my clients and myself.

While my dating life has come to an end with my recent marriage, some of my own dating disappointments feel as if they just happened yesterday. And I hear countless stories from women all over the world who write to me.

What I’ve noticed is that there are a few definite underlying themes that just seem to drive us ladies nuts!

For the men out there, I wanted to share these lessons with you.

Some might seem pretty obvious, and some you may downright disagree with, but either way, they are real stories from real women about their biggest dating desires and frustrations.

1. If you say you’re going to call, please, just call.

This is simply basic respect. If you say you’re going to call, call. We have lives too, but if you tell us you’ll call us, chances are we’re excited about that. When you don’t end up calling it either shows that you’re flaky or you simply don’t care.

A friend of mine was starting to notice a guy she was dating pulling away. She put herself out there by giving him a chance to be honest with her rather than dropping off the planet. He said he’d call to talk, but never did. I know some words are hard to say, but we would rather know the truth than never know at all.

When out on a date, conversation needs to be a two-way street. So, show us you’re interested! There is nothing more boring than a guy who only talks about himself. Make sure to ask us questions and be interested in what we have to say. I have a friend who does gorgeous ink artwork, and when she excitedly showed the man she was dating, he simply responded with, “Is that pen?” Come on! Be interested in our lives and what we do, but not over the top, which can come off as too eager.

3. Chivalry is NOT dead.

OK, I know that we’re in the 21st century here, and I am absolutely an advocate for equality, but I refuse to believe that chivalry is dead. One thing my husband always does is hold the car door open for me. He did this when we were first dating and still keeps the tradition alive today. It’s such a small and simple act, but chivalry is a huge turn on. This made him stand out to me in the beginning. So, open the door, buy us flowers, woo us over a little!

4. Offer to pay on the first date.

This plays on the last tip. I know some women might argue with me over this and don’t get me wrong, I’m fine with chipping in when out on a date. But if you’ve asked a girl out and it’s your first date, be gentlemanly and offer to pay. It can go a long way!

I’ve dated men in the past who wanted to get more serious, but I always remembered if they hadn’t offered to pay on our first date. Plus, there are tons of great date ideas that cost little to no money at all.

5. If you’re just not that into us, OK, but please don’t suddenly get “too busy.”

Sometimes, you’re just not that into us. And vice-versa. And that’s OK. But please don’t play games. Even though it’s scary, the most masculine and respectful thing you can possibly do is be honest with us.

I have girlfriends who keep making excuses for a guy who is blowing them off because he is suddenly “really busy.” They want to believe it, that he really just does have a lot going on right now, which is why he’s stopped calling. But we both know better. We make time in our lives for something that is a priority. Just be straight up if you don’t want to see us anymore.

6. Make the plans and stick to them.

Nothing drives women crazier than dating a guy who is a total flake. And believe me, I’ve dated a few of them. Women love a man who can make a plan and stick to it. If you have commitment-phobia about making plans ahead of time or sticking to something, then we’re going to question if you can make a commitment to us at all. Of course, things can come up but show us that you have follow-through. Please don’t mistake this as taking the fun and spontaneity out of dating, because that’s what it’s all about.

Girls are attracted to a man who can show some leadership. It’s sexy. Personally, I love it when a man takes the lead, especially during the dating phase. Whether that’s setting up the date and picking a place for dinner, surprising us with flowers or leaning in for that first kiss, show us you’re someone with a little initiative.

8. Put some effort into how you dress, we appreciate that!

I’m not saying that you have to get all dressed up, in fact, sometimes that shows you’re trying a little “too” hard. Plus, a lot of women like a guy who can both dress well but also can be a bit rugged. That’s just preference. But if you’re going to take a girl out, especially if it’s someone you’re really into, put a little effort into your appearance. We like that and it can go a long way!

Every girl, and guy for that matter, probably has a story about dating someone who only calls or texts them to “hang out” in the middle of the night. If you could potentially see the relationship going somewhere down the road then this tip is simple. If it’s the beginning phase of a relationship and you’re out late with your friends, you’re better off going home to bed than calling us at 2 a.m.

Hold off to set up a proper date at a proper time.

10. Have confidence in yourself.

I sincerely apologize if it seems like I’m being too harsh on the men out there! That is not the intention, so this last tip is a little more positive than the rest. I understand that men have a tough time in the dating scene, too. We all do. And often, men need a dose of self-love just as much as women.

So this last statement trumps all the other advice: have confidence in yourself. No matter who you are, what you look like or what you do, just be confident in that. Nothing is sexier than a man who knows who he is and doesn’t make any excuses for it.

A version of this post was previously published on huffpost.com and is republished here with permission from the author.

Alexis Meads is a Professional Dating and Self Love Coach who founded AlexisMeads.com and the Crazy Wild Love Academy. She has devoted her life to helping women all over the world love themselves and create extraordinary relationships. Alexis Meads is a regular contributor to The Huffington Post, Maria Shriver, Thought Catalog, and featured on many others. Before she became a Dating Coach, she received her Master’s Degree at Harvard University. To download her FREE course click HERE.

Facebook946TweetPin1EmailShares947
wpDiscuz
Share this ArticleLike this article? Email it to a friend!
Email sent!