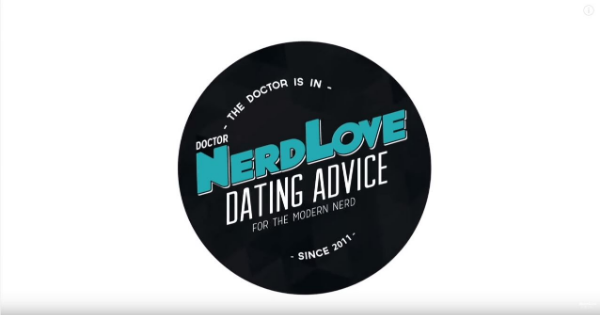 I am a 38-year-old woman that has only participated in monogamous relationships in my life. Until D. D has been a friend of mine for about 5 years and 2 months ago we both admitted that we’ve had crushes on each other for years, but we both assumed the other wasn’t interested. We started dating and for the most part, this is one of the healthiest relationships I’ve ever had. So there’s only one catch.

D is polyamorous. I knew this long before we started even thinking about dating and when we first began hooking up he already had two partners. His more recent partner, N, is also poly and she took the news of me becoming part of his polycule with minimal insecurities. His other partner, J, on the other hand…

J is not polyamorous and plays a lot of head games with D. She tells him that she doesn’t mind that he’s poly but when he started seeing N and me, she guilt tripped him by telling him “I just wish I was good enough for you.” When he and I started dating she completely freaked out and insisted he call it hanging out because dating was what they do, not he and I.

This was the point where I put my foot down. I made it very clear that if I’m taking a chance on being with someone who is poly, I refuse to be part of a situation where his other partner tries to diminish and erase me. D is very bad at standing up for things that he wants, but when it became clear that I was not going to stay in this relationship if he continued to allow her to try to make me gone, he talked to her and made it clear that we are both his girlfriends and she needs to accept it if she wants to be with him. And she’ll pretend to be fine for awhile, then have another freak out where he just has to take care of her, especially when she knows he and I or he and N are spending time together.

So at this point, we have an ongoing pattern of her being emotionally manipulative and sometimes even abusive in order to try and get him away from me and N. And for me it’s beyond frustrating. I’ve legitimately reached the point where if he brings her up I mentally cringe because I don’t know if telling him he needs to get away from her is a line I can cross as his other girlfriend. I don’t think I’m jealous of her because it doesn’t bother me at all when he talks about or spends time with N. But when I know he’s gonna be with her I get angry and nauseous. She doesn’t have to be my friend, but I deserve better than J constantly ignoring or trying to erase my value to D.

Any thoughts or advice would be really appreciated.

So let’s put this out there right away, PiC: no, you’re not being jealous and J is absolutely crossing a line. Several lines. She’s running up and down a football field at this point.

Which leads to the problem that you and N are having with J. You two entered this relationship under the expectation of being equal. J clearly has other ideas. And the problem is that your boy D doesn’t seem to be willing to actually follow the rules that you are all presumably working under.

Now the biggest problem here is that J is poly under duress. It’s clear that this is the only way that she can have a relationship with D and she has, technically, agreed to it. And since she’s not happy being poly, she’s determined to do whatever she can to control the situation. D may be poly, but J is trying to make sure that he’s only poly in name. If she had her way, you two wouldn’t be in the picture at all. And since she knows she can’t just demand that D dump you both, she’ll just try to manipulate him and occupy all his time.

Now I’ve seen this literal situation play out before and I’m here from the future to tell you that this is going to end badly for everyone, messily and all over the place. The only question is how long it’s going to take and how much screaming and crying is going to result.

In an ideal world, D would realize that he needs to actually put his foot down — not in the half-a$$ed way he’s been doing it thus far, but laying down firm boundaries, letting J know that if she’s going to be in this relationship, she has to quit playing stupid head games.

And while it may not seem fair… it may be necessary for you and N to consider throwing down an ultimatum. He doesn’t necessarily have to dump J (but he should) but he sure as hell needs to be willing to stand up to her.

Why talk to D and not confront the source directly? Well… because honestly, it’s not going to do anything. J wants you gone. She’ll quite cheerfully claim ignorance or try to flip it around on you and then go running to D and claim that you are bullying her. J is a habitual line-stepper and gaslighter and while have no real problem making this about how you’re actually the baddies in this situation.

Plus: while D isn’t the only person in this relationship, he is the one who’s refusing to stand his ground or enforce his boundaries.

N is your ally and fellow victim of this bullsh*t. Talk to her. Make common cause. And then the two of you confront D with this. And if he’s not willing to stand up to one of his partners in the name of preserving and improving his relationships… well, then maybe he’s not somebody you should be in a poly relationship with.

Previously published here and reprinted with permission from the author.