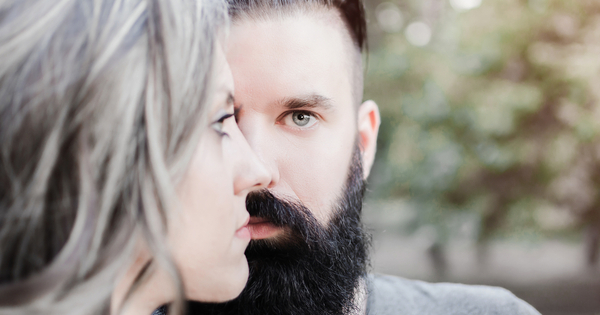 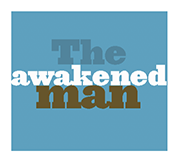 Ever heard your partner say something like “I don’t feel safe with you, or you are not safe for me”? Ever felt the confusion in your own head as you think “of course I’m safe, how could she say I’m not”!

Cameron and Anita were like that. Did they love each other? Yes. Did they want to be together? Yes. But were they slowly getting further apart no matter how hard they tried? Yes.

Trust was dwindling. So too was intimacy and connection. And without these 3 pillars, any relationship is in for a rough ride.

The most damaging part is, it’s not any one thing that sets this type of failure up. It’s more like death by a thousand cuts. It’s slow and it’s painful.

So what can be done about this? Should Cameron and Anita just be resigned to the fact that it didn’t work out and move on? Many couples do. But those words around not feeling ‘safe’, contain clues as to what’s going on for both of them, why it’s going on, and what can be done.

Cameron and Anita don’t have to part ways. But they may, if they don’t get this well and truly sorted.

When Anita says to Cameron “you are not safe for me”, let’s start with what she is ‘not’ saying.

She is not saying “you are a physical threat to me”.

She is not saying “you’re cheating on me”.

She is not saying “you’re an awful person”.

She is not saying “you’re an abuser”.

She is not saying he’s unsafe in the sense that she is in danger. But she is. And so is he. They are in danger of losing each other.

She is not saying she wants to break up with him (though that may sadly happen).

So what IS she saying?

She is saying “I don’t feel I can come to you with what is going on for me, without being shut down, dismissed, not heard or seen”.

Anita’s emotions and feelings are real, but if she cannot share them with Cameron in a way that he can receive them, without him feeling offended, analyzing them, judging her for having them, or without taking them personally, then she has nowhere to go in this relationship.

And yes it may be the case that he doesn’t feel safe either.

However, if a woman does not feel safe in her feminine energy, she will often retreat or go into her masculine energy to create her own safety.

When this happens, she may show up as angry, resentful, bitter or hostile. The truth is, she is afraid and is protecting herself. She is afraid of not being cared for, supported, understood, loved and cherished.

If this dynamic goes on for too long, the relationship will become devoid of kindness, nurturing, protectiveness, emotional safety, and intimacy, and it will become toxic.

Once it goes toxic, it is hard to repair. Not impossible, but a lot of work needs to be done to rebuild trust, empathy, and understanding.

For a man who has strong masculine energy, to feel that he himself is not a safe place, can be a major insult, but it doesn’t have to be. If Cameron hears Anita’s words only as criticism, he will respond by either defending or by withdrawing.

When he hears from the woman he loves, that he is not safe, no matter what the reasons, and he tries to change the course of the conversation into a more positive tone, because he can’t sit with her discomfort, he will only create more disconnect, more anger, and more distance.

He may even be saying honest, logical things. He may be in all good intentions, trying to steer her in a better direction, but what he is not doing, is validating what she is feeling, regardless of how it seems to him. He is not being the riverbed to the river, he is being the storm trying to force the river to go in the right direction, the direction he wants it to go.

This type of dynamic between two people is not malicious, but it is damaging. So how does a man create safety for a woman (and in doing so, for himself)?

The first re-building practice is to not take her emotions personally. To allow her to express how she is feeling without taking it as a personal attack (even if there is blaming and criticism), is a powerful place to hold yourself in. It’s powerful for him and it’s powerful for her.

To do otherwise is to not be a safe place for her to land when she is feeling the storm of her own emotions.

This is not to say that he has to agree with what she is feeling, but he does have to be able to empathize and separate his own responses and story from hers.

Ways he can do this are by having a spiritual practice, looking after his mind and body. Sheer will power will not do. Deep soul connection within himself, will allow him to stand strong when he needs to.

A man must learn to listen with the intent to understand what is going on for her. Arguments and disagreements will escalate when there is a lack of ability to see things from the other person’s perspective.

The only way to do this is to first seek to understand what’s going on for her, without thinking two steps ahead about what he needs to say next to strengthen his logic.

A man needs to know his own boundaries, but he must also respect hers, and then go beyond into compassion. Boundaries keep him safe, and allow him to be safe for her.

Cameron and Anita stand a fighting chance if they can both agree and understand that neither is the enemy. They will be able to rebuild trust when judgment and criticism is suspended. They will start to form a connection again when they know they are safe for each other.
—

The Awakened Man is all about how we as men learn to lead clear, calm, confident lives, Steve challenges us to be curious about how we each navigate the waters of love, sex and relationships, conflict, closeness and space. How we do this in ways that still help us feel alive, connected and strong, is at the heart of his message. Steve is married, with 2 of his own boys and 3 step kids. he is a drummer, sound healer, digital marketer and writer. He enjoys sharing the ongoing conversation with other like-minded men (and women), who are asking similar questions and facing similar challenges, as together we find the ways that work, with honesty, vulnerability and rawness.

Facebook314TweetPin2Email3Shares319
wpDiscuz
Share this ArticleLike this article? Email it to a friend!
Email sent!