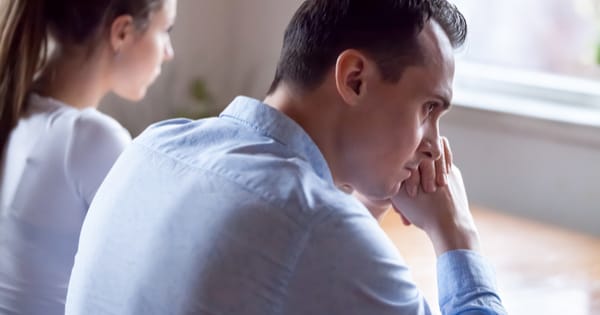 Learning your spouse has had or is having an affair is earth-shattering. In an instant, the implicit trust you’ve given them – and built your life upon – evaporates. And, shell-shocked, you’re left wondering how to survive infidelity and betrayal and move forward.

When you discover your spouse has lied to you about their fidelity, it’s natural to wonder what else they’ve been duplicitous about. When you’re married, it’s also natural to define yourself in terms of your marriage.

So, it makes sense that when you discover that your marriage wasn’t what you thought it was, you seriously question how you’ll survive and what is real.

And the only way to begin answering these questions for yourself is to gain clarity on what has happened, what it means to you, and what you want for your life.

What is the difference between infidelity and betrayal?

According to the dictionary, infidelity is the action or state of being unfaithful to a spouse or other sexual partner. In other words, infidelity is about sex.

Wikipedia defines betrayal in this way: Betrayal is the breaking or violation of a presumptive contract, trust, or confidence that produces moral and psychological conflict within a relationship…

By being unfaithful, your spouse has betrayed you. And there are moral and psychological repercussions for the two of you and everyone else involved.

There’s no one way to deal with your spouse’s disregard for your marriage and monogamy. Some betrayed spouses choose to end their marriage. And some couples choose to look at creating a new marriage for themselves from the ashes of the previous one.

Neither of these paths forward is easy. And neither is the choice between them. Yet you will need to choose a way forward if you’re to be successful in your quest to survive infidelity and betrayal.

What percentage of marriages survive infidelity?

According to NPR, about 40 percent of American marriages are shaken to their cores by affairs. And of those marriages, more than half survive the infidelity.

Yet, just because other people make their marriages work after the betrayal of adultery, that doesn’t mean it’s in your best interest to make your marriage work.

You’ll need to decide what’s best for you and your situation.

There are definitely good reasons for you to decide to save your marriage.

If this is the path you ultimately choose, both of you will have a lot of work to do on yourselves before your marriage is whole again.

The high-level tasks you’ll need to tackle include:

These tasks aren’t easy. They’ll require you to explore parts of yourself and your beliefs you’ve never dealt with before.

How to get through the infidelity and betrayal by divorce

On the other hand, there are good reasons to end your marriage too. Some of them include:

If divorce is the truest way for you to move forward from what your spouse has done, you’ll still be faced with a tremendous about of work to do on yourself.

Some guidelines for how to get over a divorce and an affair include:

Choosing divorce as your path forward from your spouse’s affair is difficult too. There is no one correct answer to getting through betrayal. Yet you do need to move forward.

Ultimately, the only way to survive infidelity and betrayal without betraying yourself is to get clear about what you want. Don’t rush to decide what you want. Take your time to do your research and begin healing.

It’s only when you begin to have an idea of what could lie ahead that you’ll be able to make the best choice for how you want to move forward with your life.

Facebook15TweetPinEmail1Shares16
wpDiscuz
0
0
Would love your thoughts, please comment.x
()
x
| Reply
Share this ArticleLike this article? Email it to a friend!
Email sent!