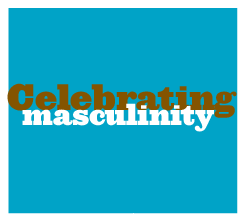 Women have a lot of reasons for withholding sex—both from themselves and the men they love.

The most insidious reason has to do with culturing. It’s not uncommon for women to be taught to mistrust sex and men from a very young age.

My mother drilled into me that all men wanted was sex. She taught me that to desire a man or to love him was to invite trouble, because his attention would always be focused on one thing and one thing, only.

They were harsh words, full of pain, and they put me on the defense with men, from the age of thirteen. If men did indeed just want sex, I had to question their every motive—lest I be made a fool.

While I was smart and sensitive and saw through my mother’s advice to her own wounds, her dark warnings took their toll. Some of the joy of believing in sex and love was lost. Add to that, that I continued to hear the same message from hundreds of other frightened women over my lifetime, which only further nailed in the fear and mistrust.

These messages about men impact women and follow them into marriages.

We like to think that as soon as we tie the knot, the programming of our pasts dissolves into the belly of love, but that is rarely the truth.

Married women may not fear their husband’s sexual motivations in the way they did when they were single, but they put their husbands in the wrong for wanting sex, because they’ve been programmed to believe men are wrong, sexually. They also make their partners jump through extraordinary hoops to prove sexual worthiness and good intentions.

Some women have admitted to me (in a coaching relationships) that having sex with their husbands felt like being forced to turn over their power, so they resisted sex and damned the very men they loved in order to hold onto themselves.

With this going on for women in the background, sex can be a battlefield in a marriage. You have the man fighting for what he feels he’s earned—by surrendering his access to other women—and a woman fighting to keep the power she feels is threatened by giving her pleasure and body to a man.

The shame in this is that there is tremendous power for a woman who embraces her sexual pleasure. When she practices heart-opened receiving through sex, and drops her armor, she comes to see that it’s not wielding a big sword that wins a man’s respect, it’s opening her body and heart in the act of love.

When a woman is closed down, or offering sex as a compromise, both partners are cut off from sex as a source of love.

But when a woman has an openness and willingness to receive, communicates a trust—that in turn, opens her man’s heart.

With that flow unlocked between them, they can experience true lovemaking, rather than a battle of wills.

You might be saying: “But so many women don’t enjoy sex or their partners are bad lovers, why should they trust men who don’t satisfy them?”

A lot of women are stuck here. And really, it’s just a way of avoiding the intimacy and the risk of an open heart. A woman who commits to receiving pleasure, (and takes responsibility for her own pleasure and for her heart’s opening) will find sex is a much more powerful place for her to be — far more powerful than turning her body over for a “price.”

What we need are women to stop teaching other women to be sexually guarded and mistrusting of the masculine. We need to stop perpetuating the message that men are all about the sex. And we need women to be self-aware and open to the power of sex (as a force of love) by way of their own choice and commitment.

None of this means that women shouldn’t be able to say “no” at any time if they don’t want to proceed. Self-awareness also means understanding your own boundaries.

Of course, this means women making a mind shift about sex and seeing it as a way to unlock joy and connection.

In other words, women need to give themselves PERMISSION to unlock their feminine power ! (I’m totally in favor of that !!) And good men want truly to please their women, which means putting their masculine love into action…

Once a man quits wanting sex women have zero to offer ….

Karen, your emotional courage and spot-on analysis are awesome! I wish every woman in America would read this. But I can already hear the hordes of angry feminists, screaming in outrage, at your wise & truthful words.

Karen, your emotional courage and spot-on analysis are awesome! I wish every woman in America would read this. But I can already hear the hordes of angry feminists, screaming in outrage, at your wise & truthful words.

All of the above. And, yes, I’ve grown to suppress my desire for my wife, I guess because she has withheld the intimacy from me, from our relationship, and as described, this is no good for either of us. But after reading, acting, doing everything to try to break the ice for so many years now, I just don’t care. Other women? another relationship? It’s going to take a very special woman to bring be back from the dead.

13 years of it and I’m tired of my woman treating me the same like its a privilege for her to use sex against me.I’m so ready to walk away from 14 years of this relationship and I’ve tried everything to keep her happy from everything you can name to treat a woman like a queen..

Don’t get married , I lelt with a sexless marriage the last 10years we might do it 3 times on a good ear. She deliberly withheld and avoided me by being hooked on social media 18hrs a day as a stay at home mom. Came to bed 3-4 hours after me if I put my hand on her it was I’m tired, I’m going to sleep or flat out no. So with 0 sex in 3 years we had a fight we broke up I moved out one month later. We have two teen daughters that copy their moms addiction… Read more »

Well said. Over 20 of it no intimacy with my wife. Withholding sex starts continuous rejection cycle and kills a part of the spousal relationship. Less mutual respect and kindness follow along with her gleeful rejection of intimacy. It all contributes greatly to an empty spousal relationship. Then you end up with the obligation of marriage vows and little else.

Actually, for me the question is not so much about my wife withholding physical contact as it is for me to protect myself by not getting too close to her. I am finding out as years go by that healthy sex should be related to trust. When I was young, I thought mindless sex could be fun, but I was wrong. It only created empty shells. Today, I would associate good sex with Love and Trust. The problem happens when communication, gentleness, patience, kindness are no longer in the balance of a relationship ? I can tell you, sex does… Read more »

In my former marriage , it was me ( yes a male !! ) that did not want sex , a combination of her letting herself go & her laziness , constant complaining & unappreciative attitude. However it is nearly always the woman saying NO !! , to be fair to women , both biology , women tend to have much lower libidos than men , due to testosterone levels & brain wiring , topped off with intensive anti-male brainwashing by the ” media ” & feminist propaganda , influencing women to view men as lesser beings , that think… Read more »

“What we need are women to stop teaching other women to be sexually guarded and mistrusting of the masculine. We need to stop perpetuating the message that men are all about the sex.”

Good. This needs to be said over and over again. But fathers also need to knock off instilling misandry in their daughters. Maidens need to be warned against bad boys, but bad boys are not the whole male sex. A lot of boys are shy boys.

Appreciate the points raised here. For sure women including myself need to look at the belief systems driving unconscious actions. I have found transforming beliefs to be a powerful way to create shifts in my life (see website)

Would also add that men need to cultivate other aspects of intimacy beyond just the physical to include emotional, mental and spiritual too. That would help women feel acknowledged for their being rather than just their body

She never said she’s forcing anyone to beg for anything, hysterical one.

To put it mildly

FacebookTweetPinEmailShares285
wpDiscuz
16
0
Would love your thoughts, please comment.x
()
x
| Reply
Share this ArticleLike this article? Email it to a friend!
Email sent!