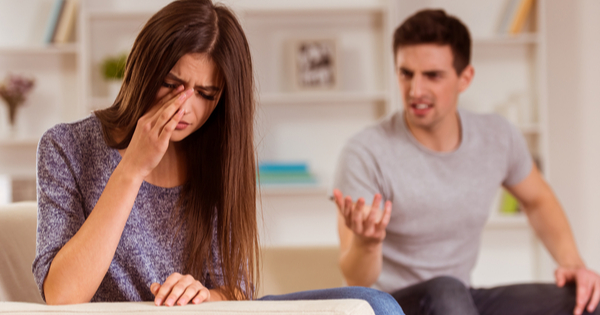 I’ve always been pretty sure of myself as a ‘good’ man, one who has tried to treat girlfriends and partners ‘well’  – although I’m not sure if being emotionally distant and serially walking away from perfectly good relationships just because I fancied a change, as I have done in the past, can really count as being all that ‘good’, except maybe in a relative sense.

But reading more of the seemingly endless stream of articles and headlines about gender violence being perpetrated by men and listen to women friends’ stories about their dysfunctional past and present partners, it dawned on me that because a lot of men seem to be pretty poor at communicating with and listening to women; and even worse, because too many seem to need to be aggressive and controlling in their relationships; it’s made it easier for me to be valued by a partner simply by having no other qualities than being an ordinary bloke who doesn’t behave like an arsehole.

From what women tell me, many of the men they’ve known have either been fairly hopeless at romance – or at least at understanding what women want and being willing and able to provide it – or were seen as potentially (or actually) dangerous, in relationships and in general. I can vouch for the validity of these feelings from personal experience; almost every woman I’ve been out with has told me she’s been sexually assaulted at some time in the past – sometimes seriously.

It’s painful to admit it, but on reflection, I think that I’ve usually had the upper hand in determining if a relationship continues, at least partly because out there in the world I can be confident that the chances of me ending up with an abusive partner are tiny compared to those of any woman. Because I’ve been seen as reasonably ‘safe’ – and I know more or less where a clitoris is and what to do with it –it’s been rare that a partner has wanted to leave me; and as a former commitment-phobe in more than twenty relatively ‘serious’ relationships, I’ve always been the one to walk away. I now see this has been my unconscious privilege, a kind of blindness to my male entitlement as a supposedly ‘good’ man partially benefitting from the fear and sense of threat that  ‘bad’ men create.

All that changed with my current relationship – when I finally felt ready and able to properly love and get close to a woman, who turned out to have been serially abused in many ways by her ex-husband during their long marriage. I learned more about the real damage done to her, and the many other women who find themselves in a similar situation, and realised that that unless I was actively involved in trying to make the world safer for women, I’d be complicit in perpetuating the kind gender violence and toxic masculinity that I professed to despise.

I know now that ‘not being bad’ from my privileged position as a man in a male-dominated culture is not enough – and that if I want really to see myself as a good man I need to understand better the reality of the fear and caution that all women live with in relation to men, and make a deep commitment to doing whatever I can to change that. Not to follow this path would be an act of cowardice and hypocrisy that I couldn’t live with.

So I decided to devote as much of the rest of my life as I can to work towards an end of male violence against women. So far this has included training with the Alternatives to Violence Project, with the aim of working with groups of men in prison, and involvement with the Good Lad initiative who work with groups of boys in secondary schools to raise their awareness of gender stereotypes and how ideas about ‘masculinity’ can damage their ability to reveal and express their true emotional selves and to relate to women and girls in a healthy way. Finally, I’m supporting the White Ribbon UK campaign which is dedicated to eradicating gender violence against women in the UK. I hope I can make a difference and be sure that my professed belief in gender equality is in line with how I actually live as a (more) conscious male.

As a survivor and a professional working in the domestic and sexual violence field, I want to thank you for recognizing the supreme importance of your role in ending violence against women. We (advocates) don’t give men involved in this fight enough credit. It is often thankless work that can open you up to criticism on all sides. While I absolutely believe that the end goal will result in equality for everyone of every gender, I don’t think most men recognize how high the stakes are for them as well, thus it remains a “women’s issue” in the public consciousness.… Read more »

Facebook76TweetPinEmailShares76
wpDiscuz
1
0
Would love your thoughts, please comment.x
()
x
| Reply
Share this ArticleLike this article? Email it to a friend!
Email sent!