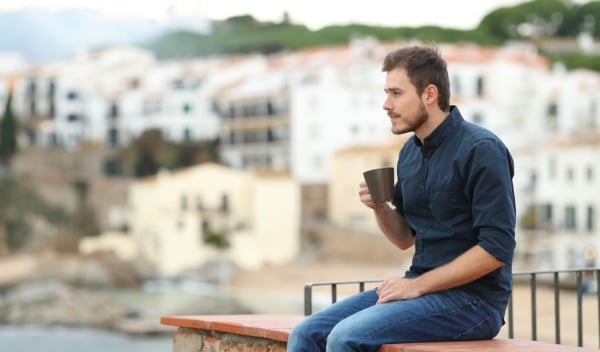 Editor’s note: This post was written in the Queen’s English as the authors are Australian. It has not been edited by The Good Men Project.

Chapter One: I Expected To Be Single Forever

How many great relationships do you see out there? I don’t mean long lasting relationships. I am talking about caring relationships where you empower each other to be as great as you can be — if you are honest, there are not very many like that.

This was something I knew well, since when it came to choosing bad relationships, I was no different from anybody else. In the past I was well known for dating men who would judge me and my body. That energy matched the judgements I had of me. So if these men judged me and my body, then our judgements were the perfect match!

I also wasn’t willing to be vulnerable enough to admit that kindness and caring exist on this planet. So for years and years, I refused to have a relationship.

It was easy to justify this decision because looking around, I did not see any great relationships. So why would I choose one?

Somewhere in my universe I expected to be single for the rest of my life.

My desire was to create something that had an impact on the planet and changed the way people perceive and judge each other. Since I loved to travel the world, I thought I would have my own business, as I consider business to be the most fun and creative thing you can do. 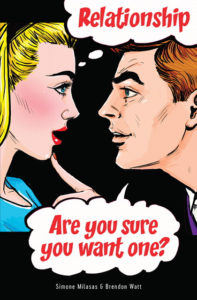 Travel and business were the two things in life that I desired most from my youngest days. I definitely did not want to get married and have kids; that seemed too hard. I never understood how you could look at someone and say, ‘I would like to be with you in 20 years’ time, in 50 years’ time.’ You don’t even know if you will be living in the same country in 20 years’ time!

My unassailable point of view was, ‘I am not doing relationship — ever.’

Can you hear the question in that statement? No, because there isn’t one; it is a total and utter conclusion. Every conclusion is a massive limitation. Whenever you have a conclusion about something, you cut infinite possibilities out of your life.

Let me give you an example. If someone has the conclusion that they are strictly vegetarian, they are creating a world of no-choice. I am not saying they have to go and eat meat. If you are a vegetarian by choice, then every day you would say, ‘I prefer not to eat meat today. I prefer to be a vegetarian.’

It is a fresh choice that you make each day. You don’t eat meat, but you have not eliminated it as a possibility from the menu of choices available to you.

Similarly, choosing to be in a relationship, or not, allows greater possibilities in your life.

Now I did not realise that I was functioning from no-choice until one day when I had a conversation with the founder of Access Consciousness®, Gary Douglas. I was talking to him about wanting to have sex with someone whom we both knew.

Gary’s response was, ‘He is mean and he will judge you.’

Although it wasn’t cognitive, this man would validate everything I had already decided was wrong about me. He was somebody who would judge me and my body the same way that I did. That was exactly the kind of person I chose to hook up with every single time, without thinking about why I chose this type of man.

Gary kept asking me questions about this man who I wanted to have sex with and the more questions he asked, the crankier and more petulant I got.

Finally, I put my hands on my hips and said, ‘Great! So I just never get to have sex again?’

‘Why would you say that?’ Gary responded.

He went on to list three people who he said would be eager to have sex with me. I shrugged them off because they had never even crossed my mind.

If someone didn’t want to have sex with me, and especially if they were judgmental, I considered them as winners. There was a third group of people, the ‘no counts’. They were men who didn’t lust after me or resist me. They just didn’t count.

At some stage I had created these categories in my mind and automatically put the men I met into them. Strangely, this wasn’t something I did cognitively. I didn’t base it on how successful they were, their looks and characteristics or anything like that.

Then Gary said, ‘Instead of wanting to have sex with this other person, you should sleep with Brendon.’

Gary replied, ‘Because then you will find out what it is like to be with someone who is kind, caring and nurturing.’

Now I had only met Brendon about six months be-fore that. He fell into the category of ‘no counts’ because if you have ever met Brendon, you will realise there is no judgement in his world. He definitely did not judge my body. Strangely, this was one of the reasons why I was not attracted to him. I thought he was handsome and seemed nice, then again, I met so many different people all the time…

This conversation with Gary made me realise that in relationship I had been functioning from no-choice, even though I thought I was choosing to be with the men I desired. This was a huge awareness because

I finally got to see how much my point of view had been limiting me.

As things played out, I ended up having sex with Brendon. It took a level of vulnerability for me to do this and from the first time, I was incredibly grateful. It didn’t matter if we ever had sex again. I now knew the kind, caring and nurturing energy I desired to have in my life. Yet I also didn’t have a desperate need to hold onto Brendon. If it led to something more — great.

The next morning, I told Gary, ‘Wow. You are right. It was amazing not to be with someone who judges my body as much as I judge my body.’

Before, I had never, ever looked for someone who was kind and caring. Kind, caring and nurturing were just empty words to me; I had no idea what they actually were. To be honest, this was some-thing I had not been willing to receive; I didn’t think

I was worth it. It may sound like a cliché and yet I was actually living all of those clichés.

From the beginning, Brendon and I had a lot of fun together. All the same, I never found myself wondering, ‘Is he going to call today? When are we going to see each other again?’

At the time I was travelling regularly to America, so I used two mobile phones. When I was in the Unit-ed States, I hardly used my Australian phone. At most, I checked my messages about once a week. If there was a text from Brendon, I would reply. I wasn’t intentionally playing hard to get! I love my work and creating my life. At one stage Brendon was thinking of flying to America to be with me as I had been away for quite some time. When he said that, I started to get butterflies in my stomach and heart palpitations because he is really sweet, really kind and so much fun to be around.

Brendon and I have lived together for about eight years and my life would not be as great as it is with-out him in it. The level of gratitude I have is for his very being. It is not for some monetary contribution; it is not the typical analysis of gratitude. That is what relationship should be based on — gratitude. Not on expectations and projections of each other.

If you look up the word relationship, you will find that is defined as the distance between two objects and ironically this is what most people in the world end up creating! When you first meet someone, you are yourself. Then all of a sudden, or perhaps one month later or six months later, you start cut-ting off parts of you in order to stay in the relation-ship. How often do people give up doing the things they love because it no longer fits their new status as a couple? This reality says, if you are in a relationship you should do everything together. I see so many people use their relationship to diminish themselves to the point where they can’t rely on anything else but their relationship.

The reason for being with somebody else is so that you can create at least 20 times more than you would create alone. Being in a relationship can be an expansion of your very being, just by allowing the contribution that another person is to you and your life. Not many people talk about that.

‘The level of gratitude I have is for

About Brendon Watt and Simone Milasas

Simone Milasas is an international speaker and author of Relationship, Are You Sure You Want One?, Joy of Business, and Getting Out of Debt Joyfully.

She is an acclaimed business and life mentor who travels the world facilitating seminars with Access Consciousness. Simone revels in the joy of future opportunity and knows that the prospect of possibility resides in every choice you make. You can find Simone every week on her podcast, The Art & Industry of Business. Follow Simone on Facebook.

Drawing upon his transformation from a struggling tradesman and single dad to global speaker, Brendon Watt facilitates classes and workshops all over the world empowering others to know they are not wrong, that anything is possible and that they are only one choice away from change. As well as being a speaker, entrepreneur, and business and life mentor, Brendon is the Australian CFO of Access Consciousness® and the facilitator of several special Access programs including Access Bars®, Conscious Parenting Conscious Kids, and Joy of Business. Relationship, Are You Sure You Want One?, is his first book.

Facebook21TweetPin2EmailShares23
wpDiscuz
0
0
Would love your thoughts, please comment.x
()
x
| Reply
Share this ArticleLike this article? Email it to a friend!
Email sent!