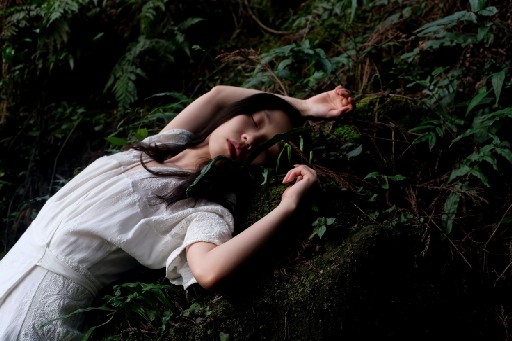 I have been a romantic for most of my life. I had fantasies of being the damsel in distress, hoping that one day, my knight in shining armor would come to rescue me from this wretched single life, and we’d live happily ever after.

I was 23 at the time and slightly delusional.

I have never considered myself a serial dater. Looking back at how I approached dating, I realized I was trying too hard to be someone I wasn’t.

I was chasing a romanticized dream that could only be true in Hollywood movies and a handful of couples. I came to the conclusion that I didn’t really know who I was back then.
Until my last breakup.

That relationship started off with many red flags, but I held on to it for six years, thinking this was as good as it was going to get. Truth is, I just got too comfortable.

After the breakup, I took some time off to ‘find myself’. I went on 4 dates in 3 years and spent the rest of the time on me — going on vacations by myself; working out; doing better at my job, and worked on being a more emotionally independent person.

I had been doing the whole relationship thing all wrong, and I was happy being on my own for a while.

Then I met my current fiancé, who messed it all up for me, in the most brilliant way. He taught me what a mutually loving relationship is all about. He didn’t just want me the way I am; he made me want to do better for me.

Growing with him has been a hell of a journey, but it has taught me some important lessons that built the foundation of our relationship. It taught me that he could be my knight in shining armor, but I didn’t have to always be the damsel in distress.

It’s all about playing to our strengths.

There’s no concrete rule on which gender has to be the breadwinner and homemaker. In this day and age, most couples will play both roles interchangeably or at the same time.

My fiancé and I have been in relationships where we’re both the sole breadwinner and homemaker. It was lop-sided and very tiring. So when the topic of chores came up in one of our conversations, we came to an agreement that we would split the chores based on what we do better.

That set a precedent when we moved in together, and it has been smooth sailing since.

It may seem like we’ve regressed into a 60s era relationship, but it works for us. It’s a fact that he is physically stronger than I am, and I am just better at cleaning than he is.
He makes sure the lawn is in top condition while I sip iced tea on the porch, and I make sure he always has dinner and clean socks.

We have received comments about it from acquaintances, but we refuse to let social norms influence how we behave in our relationship. It is our bed, and no third party should sleep in it.

I’m all for equality and pride myself on being an independent woman, but it is such a relief to have a man do the heavy lifting for you. Especially when the price for it is just a peck on the cheek and a cold beer.

Realizing what your partner does for you.

Our relationship began with long distance. That meant if the relationship were to progress, one of us would eventually have to make the big move, and we decided it would be me for many reasons.

Although this was agreed upon and we were excited to finally be living together, he realized it was going to be easy for me to uproot my life. I had a great job, family, and friends where I lived, and I was willing to leave all that just to be with him.

Then the virus hit. I wasn’t able to work, which made me feel horrible as I had to depend on him. I went through what I would describe as ‘cabin fever-induced depression’.
He patiently endured my mood swings and breakdowns. He encouraged me to get back into writing. He planned hikes and dates for us. He bought me shoes, for crying out loud.
Realizing what your partner does for you is half the battle. It’s the simplest things that matter. Like watching a movie he hates or making a cup of coffee for him every morning. These little gestures show how much we care for each other.

Understand that we will have bad days.

There are a few things we have in common. One of it is that we’re both a little hot-tempered. And maybe moody too.

We’ve had arguments purely because we woke up on the wrong side of the bed and we’re mostly mad at ourselves for feeling so crummy.

But the arguments never last long, and it fizzles out with both of us walking into separate rooms for a little space and time, and ends with us coming back to each other to talk about it.

It doesn’t matter who should apologize. It matters more when we both do because it’s more important for us to be right with each other than for one of us to claim victory over an argument.

How you communicate matters.

We had two things going for us. We were forced to talk regularly because we were in a long-distance relationship, and it helped that he loved to talk so we never ran out of conversation topics.

We were also put in a situation that if we didn’t get to know each other thoroughly, it wouldn’t have worked out between us. We were determined for it to work out. This meant that some of our conversations were uncomfortable.

It’s laying all your cards on the table and making the next move together.

It feels like we’ve gone through every hurdle just to be together. But not once did we feel like we were doing it on our own. Even when things seemed impossible and it’ll be easier to just give in, we’ve always pushed through it together.

We’ve accomplished this by being a pillar of strength for each other.

I found my knight in shining armor after I stopped playing a damsel in distress. Because no one should feel like they have to constantly rescue you.

Lover of the written word and the chaotic weirdness around her. Usually funny. Get in touch: [email protected] / Website: www.jillafterdark.com