Get Daily Email
Join/Login CLOSE
Home / Sex & Relationships / The Anchoring Effect: Do You Rush To Judge Your Partner? 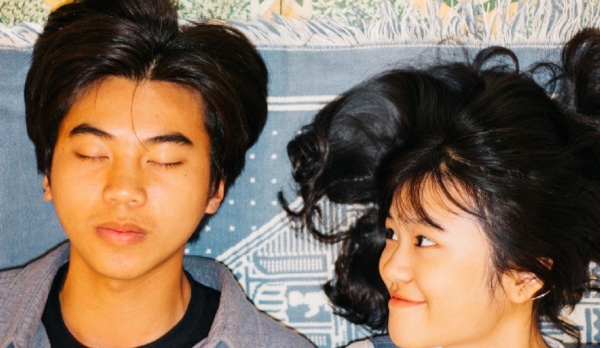 Doyou often catch yourself making assumptions about your partner?

Usually, these assumptions are based on a single trait of their personality, a past action, or a single piece of information they have given you at some point.

Or, because they lashed out at a waiter during one of your dates, you assume they’re rude and get angry easily.

Whether we like it or not, we all tend to make assumptions and judge the people around us based on those assumptions. We do it often, about anyone and anything. Now, I’m not implying that it’s the right thing to do, I’m just stating that it’s a common human tendency.

And when I say a common human tendency, I mean a specific psychological effect that takes place.

What Is the Anchoring Effect?

The anchoring effect is a cognitive bias that describes the common human tendency to rely too heavily on the first piece of information a person is offered (the “anchor”) when making decisions.

A cognitive bias is “a systematic error in thinking that occurs when people are processing and interpreting information in the world around them and affects the decisions and judgments that they make.”

In simple words, anchoring occurs when people use an initial piece of information to make subsequent judgments, and ultimately, decisions.

And although the anchoring effect is studied in marketing and sales in relation to decision-making, it can be applied to relationships as well. We often use one of our partner’s personality traits, past behaviors, and even a piece of information they have given us about themselves to make general assumptions about:

The thing about these assumptions is that not only most of the time, they’re completely wrong, but can also create a false perspective of your partner’s character — something that can be extremely damaging to your relationship in the long-term.

When you’re first getting to know someone, it’s natural to get anxious and overwhelmed with the desire to learn everything that they are: every one of their personality traits, desires, preferences, and even fears.

As a result, you might grab on to every initial piece of information your partner has given you, and use it to create an image of who they are at their core.

However, that kind of behavior is faulty and damaging. Let’s take a look at why you shouldn’t rely too heavily on “anchors” when it comes to your partner.

We’re all human, so we’re bound to make mistakes and sometimes engage in faulty behaviors.

For example, your partner lashing out at the waiter might have been a one-time thing that they later regretted. Or, just because you went out one night and they got drunk, doesn’t necessarily mean that they will be getting drunk every time you go out for drinks.

Don’t rush to judge your partner based on a single one of their actions and go on to form assumptions about their character as a whole. Give them the benefit of the doubt and wait to see whether they’re gonna exhibit a certain behavior multiple times.

#2. Assumptions hinder your ability to listen and communicate

By making assumptions about your partner and using them to judge their behavior and predict their future actions, you subconsciously hinder your ability to listen and communicate with them.

Since you already know what they think and feel, why have a conversation with them about it, right?

So, you don’t bother to communicate with them something that’s been troubling you and you might not even listen when they try to justify their behavior or give you extra information to clear things.

As a result, misunderstandings and miscommunication ensue, forming more and more cracks in your relationship.

People’s character is always changing. Think about it. Age changes us. Were you the same person at 18, 25, and 30? And especially when it comes to our 20’s, I’d say that we change radically year after year.

Our life experiences, especially the bad ones, also constantly change and shape our character.

In other words, it’s unwise to judge your partner relying on old information related to their old habits, ideas, and preferences. You might be looking at a completely different person.

Making assumptions about and judging the people around us is a common human tendency that only becomes worse when we rely on old information, individual actions, and one-time behaviors.

Ultimately, the anchoring effect negatively influences our judgment and makes us biased toward our partners.

It hinders our ability to communicate effectively and makes us ignore the fact that not only a single action doesn’t reflect a person’s whole personality and character, but also that with time, people significantly change.

At the end of the day, if you want a successful relationship based on effective communication and trust, you must be able to actually talk with your partner and ask them: