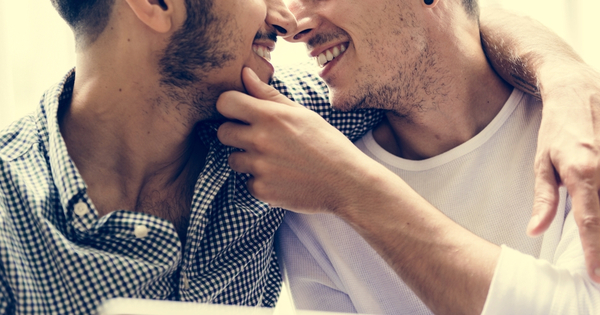 Despite the fact that HIV is no longer a death sentence provided the person gets tested and treated on time, there are still groups that are highly exposed to the virus and less likely to get treated, and one such group are definitely men who have sex with men. Regardless of the fact that an HIV dating community can actually be pretty beneficial to these men because it may prompt them to seek treatment, unfortunately not all men who have sex with men have the luxury of belonging to one. Below, we discuss the top 4 reasons why these men are more likely to contract the virus in the first place, and why they don’t often get the treatment available from their health care providers.

Men who have sex with men often have multiple sexual partners, and despite the fact that they enjoy casual sex, they do not use condoms on a regular basis. In more than 30 countries across the world, less than 60 percent of men who have sex with men reported using a condom during their last anal sexual activity.  As they don’t get tested on a regular basis, many gay men are unaware they have contracted the virus, and aren’t taking any measures to prevent further transmission. Also, alcohol and drug use make it less likely that a person will engage in unprotected sex, which increases the chance of infection. Men who have sex with men engage in high-risk behavior, such as having group sex under the influence of performance-enhancing drugs. Lack of inhibitions and awareness does not only translate into having unprotected sex, but it also means many of these men miss the 72-hour window to take post-exposure prophylaxis (PEP) after suspected exposure to HIV.

Same-sex conduct is still illegal in 67 countries in the world, and in Iran, Sudan, Saudi Arabia, Yemen, and parts of Nigeria and Somalia homosexuality is punishable by death. It is not surprising that members of the LGBTQ community in many of these countries do everything they can to hide their sexual identity, and accessing health services available to the general population is out of the question. More than 30 countries restrict people’s expression of sexual identity, and over 40 countries have laws that prevent NGOs from offering HIV-related services to men who have sex with men.

Many cultures around the world highly disapprove of men who have sex with men, while others are fighting hard to rid LGBTQ men of any rights. Those living in Western Europe and North America are free to exercise rights under the law, but still feel stigma, discrimination, and in extreme cases even violence. No matter where they live, some gay men hide their sexual identity and out of fear of discrimination from health workers don’t get tested or don’t access HIV services as much as heterosexuals. Feelings of exclusion from healthcare systems and overall isolation make coping with HIV and related issues that much more difficult.