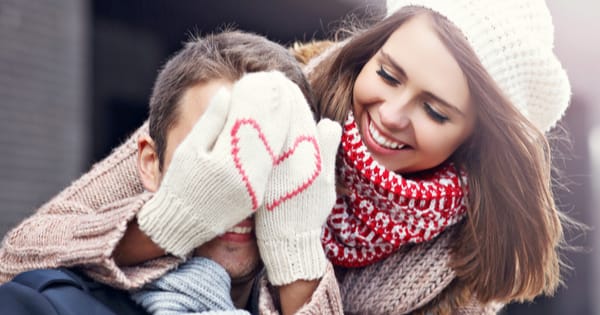 It’s hoping your big construction-paper-envelope will bulge with candy hearts and drug-store valentines. It’s hoping that last one is from him. It’s a day to compare.

And it’s a day to communicate without saying a word – a chance to be kind or cruel.

But mostly, it’s a day when we choose.

It’s a tool for seduction and an excuse to get laid. It’s an opportunity to say, out of all my choices, you won. It’s a chance for her to be a prize.

It’s dinner, flowers and four hours of presence to make up for a year’s worth of absence. It’s pretend connected intimacy.

It’s a payday for florists and restaurants, hotels and babysitters. It’s simplified menus and churning tables. It’s 19 Billion dollars of business – an institution and a ritual.

And it’s the one night when you know, for certain, that the person you’re missing is gazing into someone else’s eyes and touching gently under the table.

And for some, it’s a time to whisper to the cold winter wind, F*ck I miss you.

It’s a hard night for disposable men and secret lovers.

And it’s proof. Proof that there’s balance in the world. Proof that for every yin there’s a yang and wherever there’s light, there’s also a shadow. Near or far.

It’s a love letter from a man who can’t write.

It’s a night to feel her emptiness and to fill it – if only for a while.

But most of all, it’s a day about love. All of it.

After all, it’s Valentine’s Day.
—

Facebook199TweetPinEmailShares199
wpDiscuz
0
0
Would love your thoughts, please comment.x
()
x
| Reply
Share this ArticleLike this article? Email it to a friend!
Email sent!