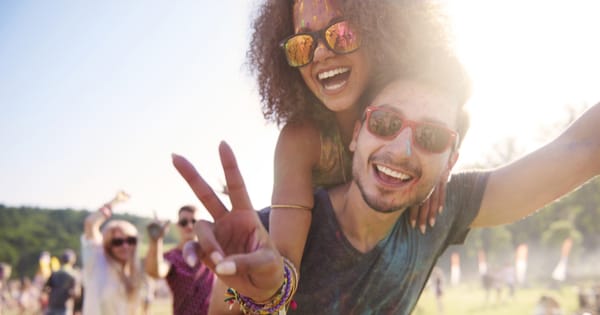 Last month, when my dating life seemed completely hopeless, I was on the phone with my friend who, among other things, is a psychologist. She coached me through my last major relationship and subsequent break-up, so she was well aware of my hot button issues. I mention this only because, during that recent phone call, as winter was ramping down, she suggested that I stop looking to get in a relationship and just try to find a sexual partner. Her explanation was that from everything she knew about me, she could tell that I used the word “relationship” when what I really meant was “sex.”

I wasn’t entirely convinced. As I continued to think about what she had recommended, I had to try to come to terms with who I really was as a person. I always considered myself emotionally evolved on a profound level and hook-up culture never seemed right for me. I was too sensitive for that kind of thing.

There was quite a bit to unpack there. In one respect, I love living alone and having the freedom of living my own life. The two months I spent over the winter, writing my book in complete solitude, was probably one of the most significant periods of my life. I had the unique opportunity to really get to know who I was, along with the experience of accomplishing one of the greatest achievements I could imagine. This was the sort of thing that never could’ve happened if I cohabitated with a lover.

But something was missing. Was it really as simple as the act of sex? I still wasn’t sure.

A few weeks passed and I received a Facebook message from a friend of a friend who mentioned that she had read quite a few of my recent articles and suggested that since we were both looking for physical release, perhaps we could be useful to each other. Obviously, this lacks the cinematic flair that many of us long for at the beginning of a sexual relationship, but for myself, it fit right into the pragmatic era I seem to be going through.

Before long, I found myself making the hour-long drive to her house. Mind you, I have very little experience with sexual liaisons that involve people I met minutes earlier, but there is a bit of excitement that goes along with that and it had been a long winter — excitement was exactly what I needed.

There was something else about the incident that I found satisfying, as well. Human connection. It had been so long since I had felt my body intermingling with another body that I forgot about the incredible release of brain chemical happiness that takes place as a result of this. It felt beautiful, not cheap — as I was afraid it might initially.

On the drive home, it occurred to me that “cheap” is a word we use to describe the way we feel about ourselves based on societal conventions. When we are brought up to believe that we need to go on three dinner dates with a stranger before it is proper to take our clothes off with them, anything less than that can make us feel strange. In essence though, what do we know about that person that I didn’t know about the person I had just been with? Not much. If anything, there was a little more honesty involved in what I had just experienced.

As time goes on and we joke and laugh with each other between visits, it feels like we are becoming closer friends. The conversations range from what we liked about our last experience and what we didn’t like; where we’ll meet next time and sometimes even about personal lives. It would be short-sighted not to imagine that it could possibly grow into something deeper and closer — however, there is quite a bit of physical distance between us. So, that could be challenging.

What I’ve learned, though, is that we’ve been programmed by societal norms to hope that we’ll meet a person, become friends real quick and watch it blossom into a physical relationship. This felt like something that took place more organically in college. The environment was right for that. Here at middle age, slowly becoming friends with the person you are having sex with feels more authentic. It might just be a question of logistics.

Whatever it is, I can say this for sure: I haven’t been this content for a long time.

Billy Manas is a writer/poet/musician from the Hudson Valley in NY whose work is featured regularly in Elephant Journal and Mused. His refreshing irreverence is most likely the result of having grown up on Long Island and spending his teenage years outside of CBGB on the lower west side of Manhattan. You can learn more about him on billymanas.com.