Get Daily Email
Join/Login CLOSE
Home / Sex & Relationships / Why Don’t You Attract the Women You Want? 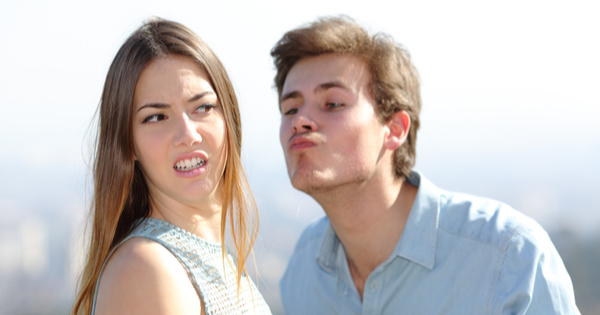 According to an article posted by Psychology Today, named, Do Men and Women Get the Same Things From a Relationship?

Tracy Kwang and colleagues of the University of Texas found that men base their self-worth on relationship status significantly more than women did. Meaning that a man’s self-esteem is based on the type of relationships that they have. Men see the relationship as a reflection of who you are.

Dr. Willem Lammers wrote a book based on Logosynthesis. A concept based on Dr.Victor Frankl’s Logotherapy, in which he introduced in his book Man’s Search for Meaning.

According to Frankl, “We can discover this meaning in life in three different ways: (1) by creating a work or doing a deed; (2) by experiencing something or encountering someone; and (3) by the attitude we take toward unavoidable suffering” and that “everything can be taken from a man but one thing: the last of the human freedoms—to choose one’s attitude in any given set of circumstances”.

Logosythesis is the idea of healing through words, but more importantly the context in which we have interpreted our past experiences, and how we anticipate our future experiences. This predicates how we view ourselves in present time.

This is a self-fulfilling prophecy.

Look at Oprah Winfrey for example, someone that has experience sexual assault. She could’ve either let that be the thing that would be her excuse why she was damaged, or she could use that to be the avenue in which she showed the world that her life circumstance is not her life. She refused to be identified as a damaged frail woman.

This is what makes men needy, the inability to take responsibility for their lives.

So, the reason why men do not attract the women they want is that they feel they do not deserve them. This is an unconscious and conscious thing at times. Consciously, this manifests as fear which paralyzes us. Unconsciously this will manifest in many ways according to Lammers.

Crisis-people realize what they have been doing or not been doing does not work for them anymore. The inability to face their fears creates an existential panic and angst. Sometimes they are not aware why nothing works.

Disorientation– The person attempts to fill in the void of emptiness with unhealthy habits.

To name a few.

We do not get what we want, because we’ll stop wanting if we actually get it.

Now, Logotherapy and Logosynthesis take time to really work on all areas, it’s usually done in sessions. So, what can we do right now, or when that moment comes that we see a beautiful woman?

1. Showing up– by facing your fears they go away; it makes a connection in your brain that your still alive because it is always trying to keep you unharmed from danger.

Examples: Accept what your feeling and thoughts are not true

Be kind to yourself, compassion stops the development of bravado and ego which disorients us. False Confidence.

2. Stepping out– creating space between response and stimulus

Examples: View it in the third person or call out the emotions

Laugh, get contradictory, change your point of view. Stops the attachment of meaning we do to let go. Would you rather let go and feel better, or would you want to continue to suffer to something that is not real?

What do I want my life to look like? Deep down what matters to me? What relationships do I want to build? How do I want to feel most of the time?

Courage is not the absence of fear; courage is fear walking.

We do this by small teaks in our mindsets, motivations change your “have to” into “want to”, and finally our habits. This is the integration of a shift in perspective.

When we start using these tools in day to day the change becomes a compound interest. It is called exponential growth. However, we need to stay with the practice and discipline.

Finally, the reason why men do not attract the women that they want is that they’re not ready. Women are people that test the congruency of a man. Whether he is as confident as he appears.

Because women also have many insecurities, even if they’re beautiful. Some of them are socially awkward. And this is because they have let the world affirm them who they are and given them prizes, attention, and luxury that was not earned through character. They never really had to figure out how to construct an erudite argument. Why should they?

They wouldn’t know what to do with a guy that was truly confident. The same goes for a man that has not acquainted his central nervous system to being around beautiful women. Being able to talk to them, being able to qualify whether that is what he is looking for, being able to provide her the feelings of connection, comfort, and trust in him. Because he is stuck in his head and his emotions.

It’s just like the gym you need to work to get to a point which you are comfortable performing or lifting at a high level. Your body has to adjust, it has to tear muscle to become stronger. It is something you have to earn. Just like in dating. Not only with beautiful women, but women that you want.