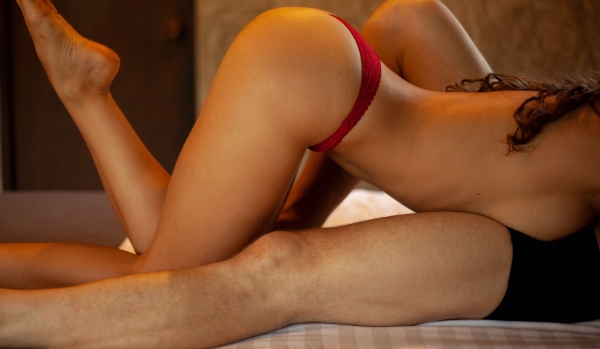 Many guys have mother, father, and religious issues that further obscure the picture, and given our relatively conservative society, plus a growing divorce rate and the polarization of America, we’re born into a stew of confusion.

Awareness of how we suppress our true nature, the mixed messages we receive, and how letting go of shame and societal dogma can help our relationships in powerful ways.

The Hiding of Sexuality

Photo by Chris Fuller on Unsplash

A major hurdle for the modern man is the hiding of his sexuality. If he grew up in a household where Mom depended on him emotionally, or passed down her sexual shame, repression, or addiction, he came to associate sex with something unsafe.

If he grew up sexualized by Mom, whether that was continuous compliments about his body, comparisons to Dad or other men, or a general sense that he was more important than the man in her life, he would likely develop what I call a “miniaturization strategy.”

In hiding his sexuality, he subconsciously hopes that if he makes himself “small” or undesirable, Mom will finally leave him alone.

Another reason for men hiding their sexuality can be traced back to his relationship with Dad. If Dad was angry, abusive, or authoritarian, it’s likely that the man’s coping strategy would be to swing in the opposite direction.

He comes to believe that masculinity is linked to violence, and thereby does what he can to avoid conflict in a relationship.
When a man hides his sexuality out of shame, guilt, or a desire to repress, he typically ends up in the Friend Zone while dating, and thinks that if only he is just a little nicer she’ll eventually warm up to him and want to have sex.

While the possibility exists that things can turn around, and the friendship will turn romantic, the problem lies in the man’s expectation that this will eventually be the case if he hides his true nature, and true intent. Women pick up on this, and will typically not be attracted to him as a result.

Photo by Cyrus Crossan on Unsplash

Some practitioners of Tantra even discourage ejaculation during sex!

Another point of confusion for men around sex is that’s it’s a goal-oriented act, with a beginning, middle, and end. It’s almost like painting with numbers.

Kiss her here, touch her there, insert penis here, and if I don’t ejaculate it was a failure.

Men often think that sex basically comes down to one particular moment, so all of the focus and intent is on the most energy-draining act.

Additionally, most men think that if their partner doesn’t reach orgasm as well, he’s a failure. I’ve heard women feel this way too with regards to his ejaculation.

So we’ve reduced the sexual experience to a success/failure scenario, in which people are often thinking more about “success” than enjoying an intimate experience.

A common “cure” for guys who don’t understand women is The Red Pill — a concept popularized by Rollo Tomassi, author of The Rational Male book series.

This philosophy takes its name from the movie The Matrix, where Neo, the protagonist, takes a red pill to essentially “wake up.” The “waking up” Tomassi is referring to is the fact most men have been clueless about women for a very long time.

While detailing several aspects of male/female dynamics including laws of attraction, marriage, sexual timetables, and the different stages of development for men and women, Red Pill philosophy has a very pro-masculine — and often conservative — message.

I don’t fault Red Pill for encouraging masculinity, but taken to an extreme it can be just as damaging for men as being a Nice Guy. The opposite of crazy is still crazy, so just because a guy becomes super masculine, obsessed with “game,” and racking up as many lays as possible, doesn’t make him any less detached from his true nature.

The Nice Guy and what we’ve come to understand as “toxic masculinity” are two sides of the same coin.

Swiss psychoanalyst Carl Jung developed the concept of the Anima and Animus. The Anima is the female counterpart of one’s psyche and the Animus is the male. The Red Pill seems to want to root out all aspect of a male’s feminine traits and replace them with hyper-masculine ones.

Photo by Jennifer Bonauer on Unsplash

It’s well-documented that we all have masculine/feminine energy. The masculine can be dominant in some while in others it’s the feminine. What seems to be a universal law is that the more masculine someone is, the more feminine a person he or she will attract, and vice versa.

It’s all about balance and complimentary energies. If a man is naturally more feminine, he’s likely to attract and be attracted to a more dominant woman. If he’s very masculine, he’ll usually attract a more submissive one.

The problem most men have is not being too feminine. They have a problem being comfortable with their aggressive, lustful, wild, playful, and animalistic side, and are afraid of accessing it and asking for what they want.

It’s like they’re a tiger that’s been declawed and wearing a muzzle, and they expect that women will take it off. In my experience, if a woman likes a man enough she’ll do what it takes to sleep with him. In a relationship however, if the man doesn’t step up and lead at least half the time, it’s likely they will be headed for the marriage counselor.

A remedy for this is for the man to realign himself with his masculine energy. Hang out with the guys, go hunting or fishing, go camping, pursue a new passion, or change careers to something more purposeful, etc. Hitting the gym or engaging in strenuous physical activity will work wonders.

I also recommend that guys find a close group of men to share their truth with. Women are great at this but men aren’t, and we all pay the price. Since so many guys are out of touch with their feelings, having a place to get in touch with them will make all of his relationships better — especially with women.

I know that doesn’t sound very masculine but trust me. A man who can identify his feelings and own them, can show up more masculine and mature than you’ve ever seen. Nothing screams “man-child” louder than a man who converts all his negative emotions into anger, and projects it onto others.

Photo by DJVIBE / STUDIOX on Unsplash

So guys, if you want a woman with abundant feminine energy, you’re going to need abundant masculine energy. That doesn’t mean being a dick, an “alpha,” or a player. It means creating a safe, sacred, unshakeable container in which both of you can be honest and open with each other.

It means building trust, and allowing her to feel comfortable enough to let her wild, flowing, changing, and emotionally-dynamic feminine energy to expand.

No trust, no lust.

Of course it wouldn’t hurt to have a good, athletic physique, and show that you take care of yourself and do what makes you happy. I recommend finding some outdoor activity which you can partake in regularly, and integrate that into your life.

Take risks, be bold, and have fun.

Women like men who have goals, pursuits, and are passionate about life. Not only does this show a capability for success, but it will make you more attractive on an instinctual level. After all, sex exists in both the spiritual and animal hemispheres, so if you want to be attractive then activate those sides of you.

And lastly, the cool thing about being conscious of your sexual energy and polarity, is that you can play with it, and use it create a much more interesting dynamic in your relationships. Sometimes the man will lead, other times she will. Doing a bit of role play in the bedroom can be fun as well.

Lead, follow, experiment, and see what works. The worse things you can do in a relationship I think, is to either cling too rigidly to roles or homogenize your energy with your partner’s.

When there’s no exchange of power the relationship starts to die, and I’m sorry to say it, but this is usually the fault of the man.

If you want to learn more about this topic, I’m hosting a free webinar on March 4th called Reignite Your Love Life: Harnessing Sexual Polarity.

Photo by Sergio Capuzzimati on Unsplash 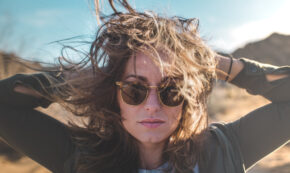 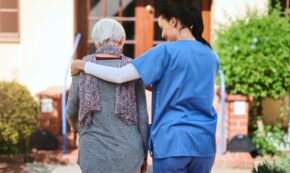 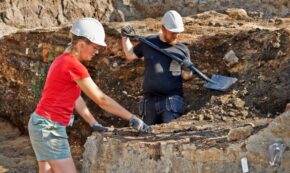 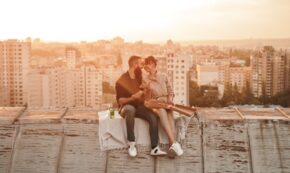