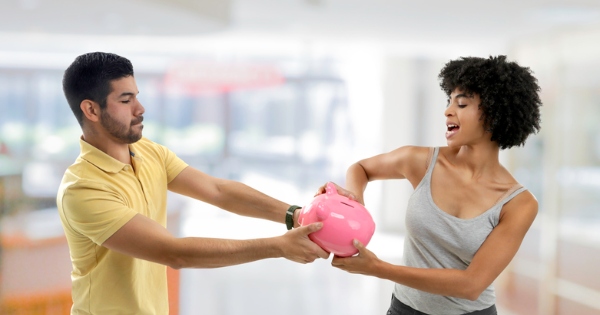 —
I have worked since I was fourteen years old; it feels to me that I have always been managing money. I have worked in different areas of retail and business. I have balanced budgets and counted drawers.

Despite all of this involvement with money, I still have intimacy issues.

For many years, I had a fear-based way of dealing with money. I treated it like an anxiety-ridden bird in a cage with the door open. It was with me, but could fly away at any minute as soon as it realized that I was the source of stress.

I begrudgingly paid my bills instead of feeling grateful to have the money. I teetered on the edge of disaster one minute and then self-sabotaged the next minute by buying a bunch of unimportant things calling it, “retail therapy”.

Then, I decided to live with someone who was worse than me.

He was spontaneous and not focused on the long-term. This sent me into being the “responsible one”. If I didn’t, we would both be homeless.

It didn’t mean my relationship became better with money. It just meant, I became more focused on managing it in a way that kept us afloat.

I controlled the expenses and the money coming into the house. He didn’t even know how much money I made in a year or how much money I had in my bank account. I rationalized it was because if he knew that he would want to spend more money than I decided was enough for his needs.

Now, that I see myself more clearly. Controlling the money was my way of controlling my fear of losing the money and the fear of intimacy with him. I didn’t trust either.

I can see now that it wasn’t a loving way to be and it definitely led to the demise of the relationship. I wasn’t honoring myself by pretending that I wanted to be with someone that I couldn’t trust with my money. Moreover, to consider marriage to this person made no sense because the mistrust would only get worse once we were legally bound to share finances.

The way we were both handling our money was a symptom of the bigger problems in the relationship. He wanted to spend with no regard for my security. While I wanted to restrict with no regard to his need for freedom. We were both holding each other hostage while waiting for the other to concede and change.

He was freed and I put more value in my feeling of security in choosing partners to be a part of my life.

People tend to think that money shouldn’t affect a relationship but it most definitely does.

How you spend money and make money decisions can signal to another person how much you care about them and their needs.

Women desire security in a relationship. Money is a form of security. When bills are paid and everything that arises can be resolved because there is enough money, then her mind is eased. When there is enough to take a vacation, a woman feels like she can breathe easier.

Worrying about financial issues can cause stress and money trauma can create rifts in communication, intimacy and even sexual desire between couples.

A man can see a woman is mindlessly spending his money and potentially harming their household with her materialistic wants may check out of the relationship mentally.

A woman who sees her man recklessly gambling their money away rather than securing them a better place to live or he refuses to get a promotion, which could move them to a safer neighborhood; she may love him but feel unappreciated in the connection.

As one or both see the other as a barrier to a better life, it can lead to resentment, which as it builds up, can lead to arguments. In addition, as arguments go unresolved and both people feel unheard, the relationship eventually breaks down.

Our emotional relationship with money can also lead us to view the actions of our partner as an attack instead of their own personal hang-up. We can view their behavior as a rejection of our needs. We can feel abandoned when they don’t change their behavior by spending differently or taking us seriously.

We can create a whole story about how our partner doesn’t care about us based on the harm they do with the money in a joint bank account.

The only way to avoid this is to develop healthy communication involving money, deal with our internal issues with money and create strategies of how our partner can spend but also support the couple in their long-term goals.

It can take time to master a new approach to money, but it can’t hurt to heal your relationship and grow your wealth. 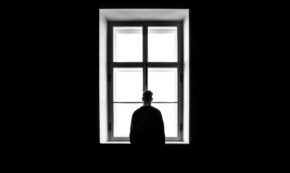 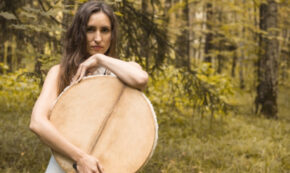 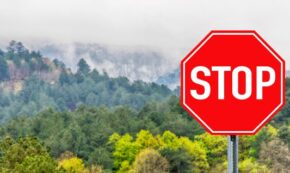