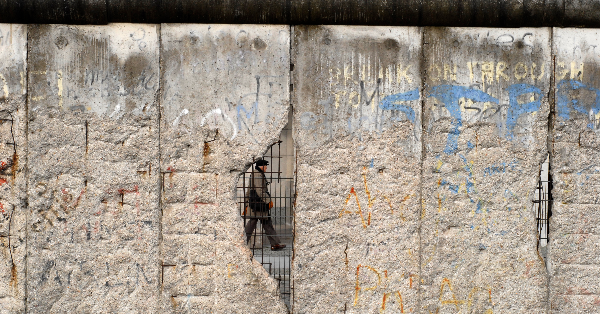 When I was a GI in Germany in 1973, I was able to visit the other side of the Berlin Wall.  In order to show the soldier the importance of its mission in Europe, the U.S. Army took a select few into East Germany. I was among those fortunate enough to pass through Checkpoint Charlie – and back.

Nikita Khrushchev and John F. Kennedy rattled sabers more than once during the political hostility between Soviet bloc countries and the US-led Western powers. JFK’s Bay of Pigs invasion failed to overthrow the communist government of Cuba. And Khrushchev’s failed policies during the Cold War led to millions of defections, mostly through Berlin. 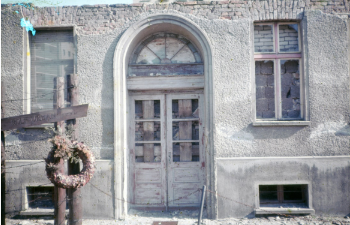 In 1961, in an effort to stop the daily loss of 2,000 skilled laborers and professionals, East German soldiers laid down 30 miles of barbed wire through the heart of Berlin. Occupants of homes and visitors to stores were ordered to exit through the back door – and in the following days, doorways and windows were bricked up. The fronts of buildings, shops, and churches became part of the wall. 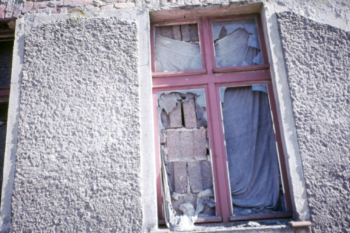 Curtains from 1961, nothing more than rags in 1973, still showed through the mortar in many bricked-over windows. No graffiti marred the Berlin Wall then; it was feared and respected on both sides. 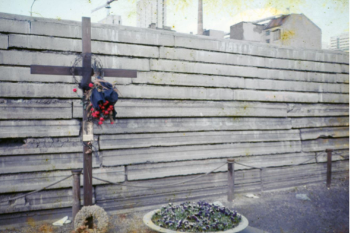 Crosses and flowers dotted every block or so, to show where lovers of liberty had died trying to escape. 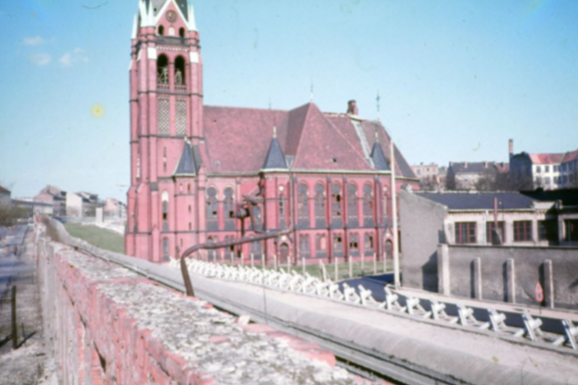 Vestiges of the original Iron Curtain were still evident on my visit. A mixture of broken glass and cement topped many parts of the wall. 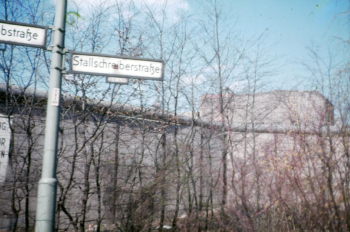 Newer sections were capped by large pipes, impervious to grappling hooks, too large for a human grip. 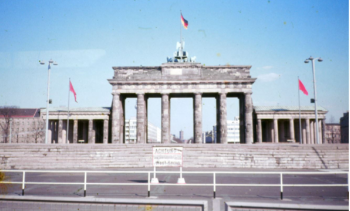 The Brandenburg Gate, built by an 18th century Prussian king as the grand entry into Berlin, was by 1973 a mockery of its former glory. A death strip in the passage was a barricade to traffic, to freedom; it was a blockage in the artery of life.

Millions of my generation remember the spirit captured in the photo of an East German police officer taking his leap to liberty. An 18-year-old assigned to guard the barbed wire barrier in August 1961 was enticed by journalists and police on the free side to make a run for freedom. His jump is now immortalized in a steel sculpture.

I watched TV with the rest of the world on Nov. 9, 1989, and cheered and cried with joy at the fall of the Berlin Wall. Echoes of that celebration 30 years ago still linger.

And now, in the land of the free, plans move forward to build a wall in Texas. I’m crying again – but not tears of joy.

Facebook41TweetPin1EmailShares42
wpDiscuz
Share this ArticleLike this article? Email it to a friend!
Email sent!