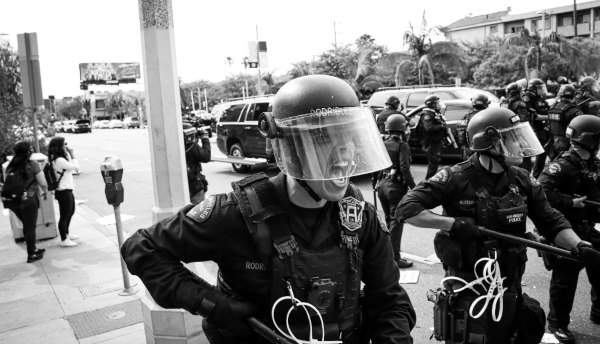 On Joe Rogan’s popular podcast, The Joe Rogan Experience, his interview with Ben Shapiro has been viewed over 7.5 million times on YouTube. A highlight of the interview is a discussion of race and systemic racism. Surprisingly, Joe does a pretty decent job of pushing back on Ben’s typical response to solving the plight of Black Americans. Ben believes that the solution to changing the path of so many Black Americans who fall into crime is for them to take personal agency if you’re in a gang-infested community. “Don’t pick up a gun and shoot someone.” That’s all you have to do Ben suggests.

Gee. Thanks, Ben for solving racism.

After Joe rightfully explains how this is a reductive look at a problem that was born from 400+ years of oppression, Jim Crow, Redlining, etc., he asks Ben, “If you were king of the world, how would you solve the problem?” Ben’s answer? “Load the place with police so that you can end crime, which will make businesses want to invest in those communities.” (How is this man taken seriously!)

What kind of a detached, uninformed, privileged, unempathetic a-hole do you have to be to think that the solution to solving the problem of Black people not making it out of the ghetto is to load the ghetto with more police?

How that’s workin’ out for ya?

The annual budget for the Los Angeles police department is just shy of $1.2 billion! (one point two BILLION dollars). The New York City police budget (including operating and central expenses) was $10.5 billion!

These are two cities with some of the highest crime rates and some of the most egregious abuses of systemic racist oppression. But, according to Ben, nearly $13 billion in combined expenses between these two cities is not enough, and we’d need to pump MORE money into the police force in these areas, and that will thereby reduce crime, reduce racism, and help black people do better in America.

How do you even take a response like this seriously? I honestly don’t even know how best to address which seems so empirically ridiculous. I feel silly even attempting to write about it.

<sigh>As I’ve mentioned before, writing about Ben Shapiro’s thought processes frequently leads to heavy sighs. His logic is so far removed from reality, I just want to scream.

He’s assuming that companies are going to just waltz into Black communities and start passing out jobs and internships left and right to kids with no pre-existing experience. Here’s a newsflash Ben. We don’t need more police in a community to get businesses to invest in those communities. The ones that care, are already there. A perfect example is the work being done by a few of my clients who are teaching kids in Compton, Inglewood, Chicago, and St. Louis how to tell their stories with video, and how to grow sustainable foods.

Second, as usual, Ben is conveniently overlooking systemic racism that exists in how these police forces look at and respond to people in these communities. We have over 100 years of police brutality that we as a country are trying to deal with. Why in God’s name would you put MORE police into these communities without addressing the issues that already exist between the police and the citizens of these disenfranchised neighborhoods?

He goes on to say you need a strong church and religious foundation to provide a role model. <Hello? The Black church has been a backbone in the Black community ever since Black people were promised the 40 acres and a mule they never got after slavery was ended. Statistically speaking, Black Americans are more likely than white to believe and actually FOLLOW what is written in the Bible (there is perhaps no better illustration of that than the current white evangelical support of Trump and his administration).

The problem of police and systemic racism

Just a few days prior to my writing this, it was ruled that there would be no punishment or consequences for the police involved in the shooting and killing of Breonna Taylor. She was shot and killed during a “No Knock Warrant” raid on her boyfriend’s apartment while they were sleeping. The police fired on Taylor and her boyfriend when he shot at them with his legal firearm, thinking his apartment was being invaded.

As opinion columnist Radley Balko wrote in the Washington Post:

The police work in this case was sloppy, and the warrant service was reckless. Taylor is dead because of a cascade of errors, bad judgment and dereliction of duty.

This is just one of another killing of an unarmed Black person at the hands of the police in a year where there are been so many—even since the killing of George Floyd on May 25 that set off a worldwide #BlackLivesMatter movement unlike the world has ever seen. If you would ever think police departments across the nation would find some way to change their policies and procedures to curb these kinds of killings, you would think it would be now.

We live in a country where according to quantitative data for police killings between 2013 and 2018, a Black person is 3x more likely to be killed by police than white.

Furthermore, rarely is there ever any accountability for officers involved in such killings.

Just looking at these two stats alone, it doesn’t take a genius to see that Ben Shapiro’s suggestion is patently ridiculous.

What is the solution then?

There are myriad solutions offered for dealing with and curbing police brutality—not only in Black communities, but across all communities. The website Live Science lists just five of them.

It seems pretty obvious to me that if we truly want to change the dynamic between police and the communities they serve (particularly the Black community), there are ample ideas and more than enough money to do it right.

I seriously doubt Mr. Shapiro lacks the intellect to understand that these initiatives would be significantly more efficient in ending the violent trend and divisive relationship between police and Black people. But advocating for such “radical, left-wing” ideas would not sit well with his audience and would probably affect sales of his book. So, we undoubtedly will continue to see conservative right-wing thought “leaders” continue to make empirically thoughtless ideas like “Send more police into Black communities to help end racism and improve Black lives.” 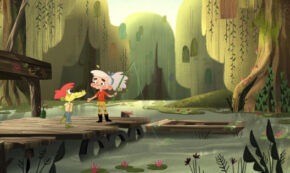 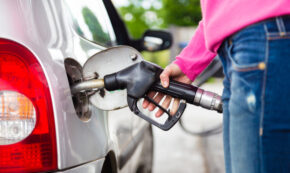