Get Daily Email
Join/Login CLOSE
Home / Social Justice / Do We Have to Be Angry to Be Activists? 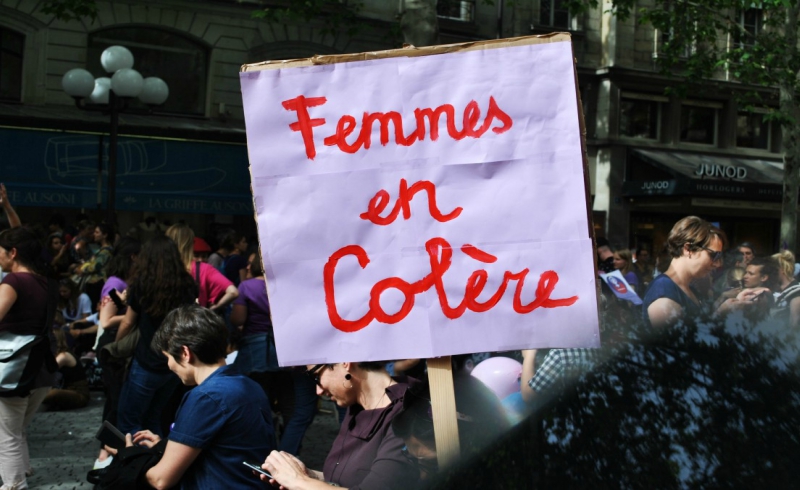 What would your activism look like if anger were not the one driving it? — I asked. I had asked her many questions about her anger, but this one struck a chord.

Barbara was silent. And quite curious. She knew she was suppressing a lot of anger.

The world of activism is often driven by trauma: an event in the past, so difficult to bear that the only answer at times is to try prevent such terrible things from happening again. However, when this drive is rooted in anger, it is unhealthy and unsustainable. After years of being a fierce activist, Barbara had burned herself out. Her body was shutting down. She had resigned from her full-time position and was suddenly spending a lot of time at the doctor’s. She had a sugar-sweet voice, but this couldn’t cover up the anger stored in her body, so tightly that the pressure and stress were becoming too much.

I was spending a week in March in El Paso, Texas, trying to understand more about family separation at the US border with Mexico, for my forthcoming book. I met Barbara and her anger during a reiki session I offered her to support those along the border.

After spending time with Barbara, I moved on…. Little did I know that my own journey that week would require me to address my own anger, over and over again.

Two days later, during a call with my own coach, I tell her how when I am fully present, I really want to be alone. I chalk it up to my need for self-care and rest. But she doesn’t buy it.

“Rita,” she says, “There’s something I hear about your inability to be fully present and in action at the same time. What is that about?”

At first, I don’t know. I start shaking, the memories stored in my body threatened, pushing away the answers. My sexual trauma, as long as I’ve known, has always shown up as shaking, even when I have no memory of why it shakes.

Then, I see it. I’ve been telling myself that I can’t be fully present to myself and with others at the same time, because the last time I was, I was molested. I knew my predator was attracted to my light and wanted some of it for himself. I told myself all these years, that being fully present and bright would put me in danger. So I suppressed the trauma, pain, and the anger at my aggressor in my body, which becomes so tense it starts shaking. I am more scared than ever, but also committed to overcoming this fear.

Perfect timing. On that day, I didn’t have the time and the luxury to be alone — I had three interviews scheduled that I had been trying to get for weeks. What better way to learn than practice? Despite my urge to curl up in bed, off I went. I shared with the first person I interviewed what I was experiencing.

At first, I spoke too fast, catching myself intellectualizing. Breathe. I excused myself and got for a glass of water. I start breathing slower, more present to my mind, my body, my life. As long as I’m in my trauma and suppressed anger, others experience it too. This person thanks me, they can see that the fast-talk was hiding something deeper and it is refreshing for her to be with me more present, slow, deep, and real.

Too, too often, our wounds drive our movements. Here are some examples of how trauma can drive our activism.

1) Working non-stop: this is often numbing the pain, like other addictions, it drives us to the ground.

2) Hypervigilance: being always ready to fight the next fight. This fierceness is often admired in activist groups, but discernment is key, often times the people ready to fight the fight are also the ones creating it — the pain-body is in control.

3) Anger-spreading: thinking one’s calling is to be angry at the other side. We can’t give what we don’t have, so if we’re always angry at our enemies, what do you think they will be at us? How does that move us forward?

I’m not saying we need to be “nice.” I’m saying that activists need safe spaces to express our anger at the injustices committed towards the world, and ourselves. I imagine a future in which we do that for each other, so the anger is expressed in a safe way, and not just against those who disagree with us. I call this healing activism and it’s essential to healthy movement-building.

I still remember the first time I met a professor with a strong activist bent who did not lead from anger. I remember her, because I bought her dinner after her workshop, only so she could tell me her secret. While she was a professor of color and extremely aware of the intricacies of racism, she had this way about her — she glided across the room. She didn’t seem angry at what racism had done to herself and her people.

“No! she said, “Overcoming the anger made me MORE committed to justice, because now, I am more present to the steps in the process and I’m much better at making strategic choices and alliances. Without the anger I can see more clearly.”

I have had this experience for myself. When I am driven by commitment to justice instead of the fight for justice, I am present to the joy of walking in my purpose. I’m led by what is possible. I feel more alive, instead of feeling dead inside while looking fierce on the outside.

Rita S Fierro, Ph.D is an intellectual artist who skillfully combines creative, innovative, and analytical thinking by bridging groups, networks, and arenas that may seem far apart: art and facilitation, healing and research.

As an artist, Dr. Fierro works with multiple media such as writing (creative non-fiction), dancing, sculpting (clay), painting (acrylic), song-writing, and music (guitar). In her writing, she uses storytelling, memoire-style to showcase the complexity of the human spirit, of the institutions we operate in nationally, and the relationships we establish internationally. Her world travels are seen in her writing as cultural clashes or shared humanity. She writes two blogs: one on organizational development, facilitation, evaluation, and antiracism at www.ritafierro.com/blog, and another on the ways in which trauma shows up in group dynamics at DrRitawrites.com.