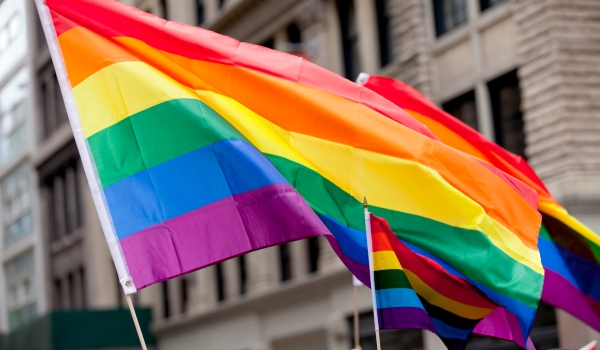 Are you a woman? Imagine if you were fired for wearing a skirt to work.

Are you a man? Imagine getting fired for not wearing a skirt to work.

This sounds ridiculous, right? It sounds unfair. But for many Americans, it’s a reality we must face every day.

For most of her career, she went undercover, wearing men’s clothing every day and pretending to be a man. When she finally told her boss that she was in fact a woman and would like to start wearing work-appropriate women’s clothing, she was fired.

In 29 states, there are no protections against workplace discrimination of this sort for transgender people like me. If I lived in Michigan like Aimee, my employer could fire me at will, just because I’m transgender. (In fact, I could also be denied housing, credit, or public accommodations.)

Facing this injustice, Aimee Stephens sued. Her case against her employer has now made it all the way to the Supreme Court.

The court will decide whether firing someone because they’re transgender constitutes discrimination “on the basis of sex,” which would be illegal under the Civil Rights Act. If they rule in favor of Stephens, transgender Americans would finally be afforded the same protections that everyone else has as a right.

The Trump administration has argued that the Civil Rights Act doesn’t protect people on the basis of sexual orientation or gender identity. But advocates have countered that it does apply, since discrimination along these lines punishes people who defy stereotypes attached to their assigned sex.

Whatever the court decides, there’s no disputing that transgender people in the United States face alarmingly high rates of unemployment and poverty. In fact, we’re twice as likely to live in poverty as the general population, and 30 percent of us have experienced homelessness at some point.

Against this backdrop, housing and employment discrimination are an added devastation — and in all likelihood part of the reason these numbers are so high in the first place.

So it’s no exaggeration to say the Supreme Court’s ruling will have a drastic material impact on the millions of transgender people living in the United States. Allowing this discrimination to continue will threaten many more with unemployment and economic hardship.

With the court’s current right-wing majority, that’s a real danger. But Congress could address it by explicitly legislating anti-discrimination protections — for the workplace, housing, credit, and everything else — for this vulnerable group.

In fact, the House of Representatives has already passed the Equality Act, which would clearly codify the inclusion of gay, lesbian, transgender, and non-binary people in Title VII of the 1964 Civil Rights Act. However, the GOP-controlled Senate has refused to consider it.

Without this legislation, the rights of millions of Americans like me are at the mercy of this Supreme Court.

No matter how the court rules, it’s the responsibility of Congress to ensure that “freedom and justice for all” includes transgender Americans, too. We need laws to prevent people like Aimee Stephens from losing their livelihoods due to employer prejudice.