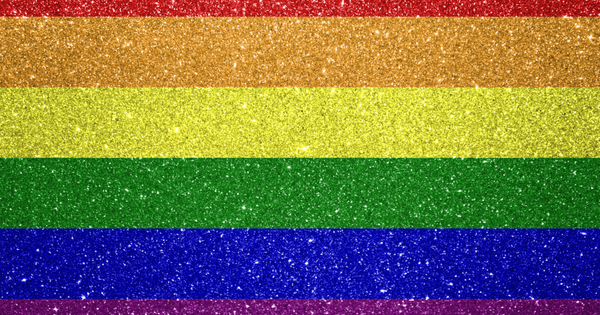 What kind of storybooks should be read to children? This question has been contentious—so much so that when I was teaching in a public elementary school in Ontario 10 years ago, certain books were kept in a separate room in the library apart from regular circulation. These were books featuring stories about same-sex families or gender diversity.

In 2010, I left full-time teaching to pursue graduate studies and explore the ways young children make sense of diverse gender and sexual identities. These identities are intertwined as the ways we express our gender is often perceived as aligning with our sexuality. My research was also tied to debates surrounding the health curriculum and what was considered appropriate for young children. I also learned that other teachers also had challenges in using children’s literature that showed gender and sexual diversity.

What age children should learn about sexual activities may be up for debate, but learning about and discussing a diversity of sexual identities should not be questioned. In Canada, we have the right to love who we choose, and in Ontario June is the month of LGBTQ Pride celebrations.

Children of same-sex families in school

In 2005, Canada became the fourth country to legalize same-sex marriage. Between 2006 and 2011, according to Statistics Canada, “the number of same-sex married couples nearly tripled.”

As early as kindergarten, children begin to perpetuate learned gender identities. They make decisions about what is for boys or for girls, and how boys and girls should behave. Children re-enact what they have learned from the media and adults in their lives, and learn very quickly what performances get awarded with attention and praise.According to the 2016 Census, there were 72,880 same sex couples in Canada in 2016, representing 0.9 percent of all couples and “at the time of the 2016 census, 10,020 children aged 0 to 14 were living in a family with same sex parents.” These children are now or will soon be attending schools across Canada.

Gender studies scholars Harriet Bjerrum Nielsen (retired Professor of Gender Studies at the University of Oslo) and Bronwyn Davies (University of Melbourne) explored how gender identify unfolds in the schooling environment. By age two children “develop an emotional commitment to their gender” and many already behave and speak in conformity with conventional gender images by the time they arrive at preschool.

Children are not only aware of sexual identities, but they also know the power that is associated with heterosexual identities in society and how it provides them access to various rights as citizens.

How society values some identities over others produces hierarchies of identity and power relations that influence how children make meaning about diverse identities.

Education researchers Wayne Martino and Wendy Cumming-Potvin conducted research in Australia and Canada with people studying to become teachers. They found that when these students were presented the possibility of using picture books to address same-sex parenting and non-normative sexuality, they expressed concerns about potentially upsetting classroom parents, being perceived as pushing a “gay agenda,” or being too “in-your-face.” They also worried parents would question the age-appropriateness of the material.Children need the skills to navigate ongoing messages about gender and sexual identities found in popular culture marketing through everything from TV to toys to fast-food packaging, all of which have implications for children’s identities, particularly their gendered identities.

Yet what is discussed at home, or the beliefs and cultural upbringing at home, should not silence the different viewpoints students may encounter at school. Social justice in education calls on students and teachers to dialogue about difference and refrain from judgement of what is right or wrong, but rather understand the context for beliefs and opinions and act equitably and respectfully.

Picture books are a great way to approach conversations about diverse gender and sexual identities with young children. I ask teachers and parents alike, what gendered stories do you perpetuate to your children? Do they believe all identities are acceptable?

Let’s prepare our children to live and work in a world of diversity and inclusion. Engage in critical questioning, be mindful of your bias, and develop respect for perspectives that are not your own. Create opportunities for children to see same-sex relationships, even if this falls outside your personal values.

I invite you to find ways to challenge gender stereotypes and encourage multiple viewpoints with these books.

Annie loves her plaid shirt and wears it all the time. One day, her mom announces her uncle’s wedding and tells Annie that she must wear a dress. This makes Annie miserable as she hates wearing dresses and wishes her mom understood.

Elmer likes to clean, do crafts and bake, but he is not accepted by his peers or his own father. Through Elmer’s struggles, he learns about acceptance and difference, and eventually, so do the others.

A mother introduces her young prince to various princesses with the intention of marriage. One day a princess arrives escorted by her brother, Prince Lee. To everyone’s surprise the prince is much more interested in the brother than he is the princess.

Bailey dreams about magical dresses, but no one ever wants to hear about them. Then Bailey meets Laurel who is inspired by Bailey’s imagination and courage. They begin making dresses together and Bailey becomes the girl she always dreamed of becoming.By Marcus Ewert and Rex Ray (2008, Triangle Square)

This book challenges stereotypes around blue for boys and pink for girls, and empowers kids and adults to express themselves in every colour of the rainbow.

6. A Tale of Two Daddies

A boy on the playground questions a girl about her two Dads, wondering which Dad does what. The girl explains, quite simply, that one Dad does some things and the other Dad does the others.

Two worms fall in love and decide to get married. Their friends want to know who will wear the dress or the tux, but the worms assure them that it doesn’t matter because they love each other.By J.J. Austrian (2016, Balzer + Bray)

8. Mom and Mum are Getting Married!

Rosie comes home to happiness when one of her two mothers announces, “Your Mum and I are getting married!” They can’t wait to start planning the big day. At this party, family, friends and fun come together for a joyous celebration of love.