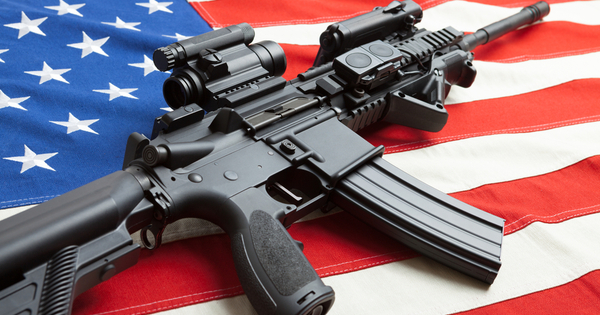 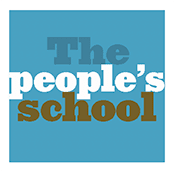 One of the many disturbing facts about the Virginia Beach mass shooting is the shooter’s choice of legally purchased weapon accessories. The Virginia Beach shooter used a .45-caliber handgun with a silencer, also know as a suppressor, and multiple extended, or high capacity, magazines.

Although a gun silencer still makes a loud noise, it creates a noise more like a nail gun, while defusing the sound to prevent people from locating where its coming from and recognizing it as a gun shot. The harder it is to identify a sound as a gunshot significantly delays the narrow window for mass shooting victims to escape, call the police, and identify the active shooter’s location. Combine a silencer with extended magazines, which are essentially longer bullet holders for a gun allowing for more shots to be fired before reloading, and the chances of killing more people during a mass shooting significantly increases.

Because of these gun accessories’ ability to significantly increase the body count in mass shootings, there have been state and national debates about banning them. Silencers are regulated by the 1934 National Firearms Act (NFA), which prevents criminals from buying them and requires non-criminals, in the 42 states where silencers are legal, to register their silencers and participate in background checks.  Despite the insistence from anti-gun control lobbyists that silencers, not headphones, are needed to protect their ears, eight states including the District of Columbia have deemed silencers too dangerous to be legal and have banned them.

Many state legislators are having debates about outlawing extended magazines in an attempt to make mass shooters less lethal. This past January, legislation in Virginia actually attempted to ban the types of extended magazines the Virginia Beach shooting used, among other common-sense gun regulations, but was defeated in committee on a party-line vote by Republicans. Four days after the Virginia Beach mass shooting, Virginia Governor Ralph Northam ordered a special session to debate gun control.

As the gun control debate continues in states, households, and communities across the country, many anti-gun control activists and lobbyists have perfected the art of derailing these much-needed debates. One popular derailing strategy used is called a straw man fallacy. This is when someone substitutes a person’s actual position or argument with a distorted, exaggerated, or misrepresented version of it. This causes the original argument to be ignored while the person defends himself from the misrepresentation. Below are four common straw man fallacies used to derail gun control debates.

Heather Sher, a radiologist who has experience treating handgun and AR-15 wounds, had this to say about the AR-15:

Routine handgun injuries leave entry and exit wounds and linear tracks through the victim’s body that are roughly the size of the bullet. If the bullet does not directly hit something crucial like the heart or the aorta, and the victim does not bleed to death before being transported to our care at the trauma center, chances are that we can save him. The bullets fired by an AR-15 are different: They travel at a higher velocity and are far more lethal than routine bullets fired from a handgun. The damage they cause is a function of the energy they impart as they pass through the body. A typical AR-15 bullet leaves the barrel traveling almost three times faster than—and imparting more than three times the energy of—a typical 9mm bullet from a handgun. An AR-15 rifle outfitted with a magazine with 50 rounds allows many more lethal bullets to be delivered quickly without reloading. … It does not have to actually hit an artery to damage it and cause catastrophic bleeding. Exit wounds can be the size of an orange.

Just like with the AR-15, banning gun accessories made for war, like silencers, high capacity magazines, bump stocks, etc., could significantly reduce the number of victims during mass shootings.

If you’ve participated in a gun control argument on social media, there’s a good chance that argument ended with you being discredited because you weren’t using the proper gun terminology being used at this time. The funny thing about gun terminology is it changes depending on the political climate. If you Google Image, “assault rifle magazines,” you’ll find a plethora of pictures of late 1980s gun magazines using words like “assault rifles” and “assault weapons” to sell guns designed for war. Despite many gun owners still embracing this terminology, many anti-gun control advocates today are claiming these terms were created by uninformed gun control activists and are causing these weapons to be mislabeled.

Phillip Peterson, a gun dealer in Indiana and the author of “Gun Digest Buyer’s Guide to Assault Weapons” (2008), wrote: “The popularly held idea that the term ‘assault weapon’ originated with anti-gun activists, media or politicians is wrong. The term was first adopted by the manufacturers, wholesalers, importers and dealers in the American firearms industry to stimulate sales of certain firearms that did not have an appearance that was familiar to many firearm owners. The manufacturers and gun writers of the day needed a catchy name to identify this new type of gun.”

After the 1994 Federal Assault Weapons Ban, anti-gun control advocates began to switch their terminology as a political strategy. Assault rifles and assault weapons are now only fully automatic weapons. Since guns like an AR-15 are semiautomatic, it’s no different than a hand gun or hunting rifle and thus impossible to ban without banning all semiautomatic weapons.

This straw man fallacy either asserts anyone using theses “assault” terms either doesn’t know enough about guns to regulate them or wants to ban all guns.

3. What about handguns and suicides?

Yes it’s true that the leading type of gun-related death is suicide and the leading type of gun used in homicides are handguns. Using these facts to discredit any attempt to reduce the occurrence or extent of mass shootings, are a slightly different type of argument fallacy called tu quoque or whataboutism.  This is an attempt to discredit someone’s opinion by implying the accuser is a hypocrite. To avoid criticism by answering criticism with criticism.

“If you really care about gun victims you would advocate more against handgun homicides and suicide,” which derails further conservation about reducing mass shootings.

Yes, everyone should care about reducing hand gun violence and suicides. But these issues hit a different part of society and need different reforms—from investing in mental health services, to reducing poverty, to dismantling systemic racism. These are all things that we all should be advocating for despite our views on gun control. But we’re also human beings capable of advocating for more than one thing at a time.

Preventing a mass shooter from having the most lethal weapon or accessory possible is not necessarily a societal reform but a gun manufacturing reform. Yes, banning certain guns and accessories won’t eliminate homicides or suicides. But it would have reduced the number of Sandy Hook Elementary parents that found out their child wouldn’t be coming home because of a legally bought AR-15. This is a worthy goal despite any whataboutism.

In the past decade, four separate federal courts have all come to the same conclusion about banning assault weapons, which was that hand guns and hunting rifles are protected by the Second Amendment, but assault weapons are not protected.

In each case that has reached a federal appeals court since then, bans on the semiautomatic guns known as assault weapons have been upheld, usually for the same two reasons.

Banning them, the courts have said, does not curtail the right of self-defense protected by the Constitution. There are plenty of other weapons—handguns and regular long guns—available to people to protect themselves.

At the same time, the courts have said, states and municipalities have legitimate reasons to ban AR-15-style weapons because of the dangers they pose, to schools, innocent bystanders and police.

The very “pro gun” Supreme Court Justice Scalia wrote during the DC vs Heller verdict, which established the Second Amendment as the right to bear arms unconnected to a militia:

“Like most rights, the Second Amendment right is not unlimited. It is not a right to keep and carry any weapon whatsoever in any manner whatsoever and for whatever purpose: For example, concealed weapons prohibitions have been upheld under the Amendment or state analogues. The Court’s opinion should not be taken to cast doubt on longstanding prohibitions on the possession of firearms by felons and the mentally ill, or laws forbidding the carrying of firearms in sensitive places such as schools and government buildings, or laws imposing conditions and qualifications on the commercial sale of arms. Miller’s holding that the sorts of weapons protected are those ‘in common use at the time’ finds support in the historical tradition of prohibiting the carrying of dangerous and unusual weapons.”

Turning the debate on how to regulate guns into a constitutional crisis is a dangerous straw man argument. According to the highest courts in our land, there is nothing in the Constitution that prevents us from enacting reasonable gun control. 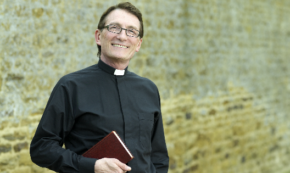 FacebookTweetPinEmailShares200
wpDiscuz
0
0
Would love your thoughts, please comment.x
()
x
| Reply
Share this ArticleLike this article? Email it to a friend!
Email sent!