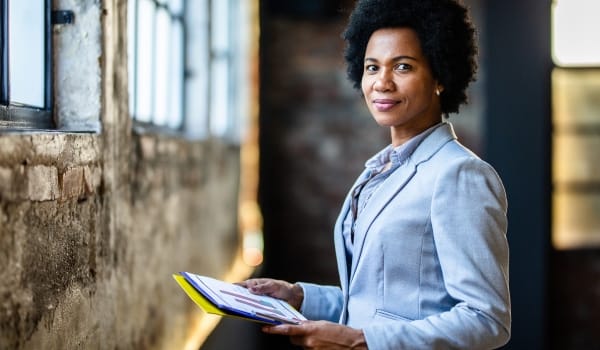 Jane Tarh Takang is the former Coordinator of Women Organizing for Change in Agriculture and Natural Resource Management (WOCAN) West and Central Africa. She tells us about her experiences in gender and women empowerment in development in Africa. WOCAN is a US-based international network of professional women and men that assists agricultural and natural resource management organizations address gender issues in their programs and internal structures.

What brought you to the field of women’s rights?

As a child I had always believed in fairness. I discovered later on in life that Cameroonian society found it wrong for any woman to strive to compete with men. This awoke in me the passion to stand up for women as well as other disadvantaged groups. This ambition was further enhanced when, as a development agent, I got to identify that the main causes of poverty in Africa are the issue of limited access and control over resources, unequal power relations between men and women and limited access to decision making for women.

Can you give us some concrete examples?

For example, in most communities in Africa, women and girls have very limited access to property and land compared with boys and men. Without land, they cannot produce resources to feed their family or generate income, and this results in extending the poverty cycle to their children. This situation is worse when it comes to widows or unmarried women. Difficulties in accessing and controlling land, specifically in rural areas, is influenced by the availability of land and the type of households.

Rural women in Africa face more difficulties in accessing fertile land. In cases where the existing farmlands have been depleted due to unsustainable agricultural practices, men would prefer to reserve the fertile areas for their own use and leave the less fertile ones to the women. Consequently, women’s social, economic and political status is highly affected, given that women constitute over 70% of the actors in the domain of agricultural and natural resources management in Cameroon.

Can you tell us how you came across WOCAN?

I got in contact with WOCAN while I was a consultant in HEIFER International Cameroon. I shared WOCAN’s vision of addressing gender in agriculture and natural resources management and became a member of the network in 2006. I was appointed Coordinator for West and Central Africa Region in 2009. Before that, I worked as a development professional for SNV (a development organization from the Netherlands) as Technical Assistant on gender, and then as a freelance Consultant with various national and international organizations, including SNV, WWF, Gender Lenses, etc.

What are the challenges of working on gender in Africa?

One of the major challenges here is that gender equity is considered as a western concept, which challenges African culture. Secondly, social, cultural and traditional rules for men and women in Africa are confused with sex roles and considered natural. The third strong element is religion, which is used to justify the subordination of women, among others. The last is poverty which results in low self-esteem of women and justifies their subordination.

What can you consider as your main achievements on gender and women rights in Central and West Africa?

As the leader of the only NGO within the domain of gender and women’s empowerment in agriculture and natural resources management, I have succeeded in introducing the concept of gender to many partners and organizations within the country. This also contributed in the sensitization of government officials, donors and civil society organizations on mitigation strategies, on the effects of climate change and women’s land right during conferences, round table discussions, field work and workshops.

The Regional Office of the Centre for International Forestry Research (CIFOR), inspired by WOCAN, carried out a participatory action research called ‘Land Rights for Women and Climate Change Implications for Women in Lekie Division’ for rural women in Cameroon last year and, progressively, WOCAN has been providing technical support to CIFOR Central Africa Office when needed.

Within the framework of the project ‘Women, Land Rights and its Implications for Climate Change in Cameroon’, WOCAN’s strategy to partner with CNOPCAM (the National Farmers Network), and Heifer International Cameroon, enabled me reach out to rural women and men from five regions in Cameroon. The participants were very passionate about land issues and the link with climate change, and they identified a forum to discuss their problems and also their frustrations with regards to Climate Change for the first time. They resolved to use their newly acquired skills, knowledge and contacts to spark off advocacy at various levels and push it to national forums, with the technical assistance of WOCAN, UNIFEM Cameroon and CIFOR.

A word on your new responsibilities?

I just joined the International Institute of Tropical agriculture (IITA) as the country manager of the Sustainable Tree Crop Programme. I’ll be coordinating and facilitating research for development in the domain of cocoa production in Cameroon.

Isn’t that far from your previous activities with WOCAN ?

Not that much. In fact, cocoa production is a source of livelihood in Africa and men, women, boys and girls are involved in the farming, and so power relations come into play. I believe that as a coordinator, I will contribute to highlight gender issues into sustainable tree crop production in Cameroon.