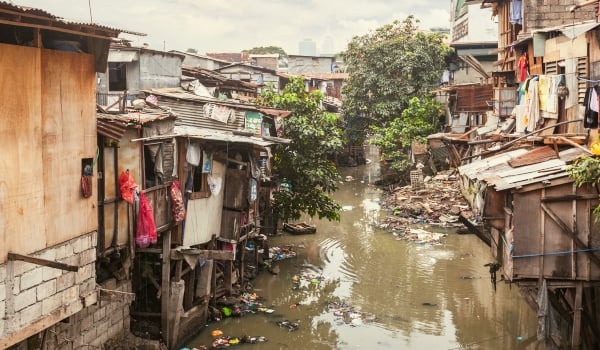 Poverty remains an ingrained problem in Indonesia despite the country’s success in cutting its poverty rate to a single-digit level for the first time in 2018.

The government has been distributing cash and non-cash benefits like distributing cards for health benefits and food discounts to eradicate poverty in remote and urban areas. But in some provinces in Indonesia, poverty remains a challenge.

American anthropologist Clifford Geertz explained that poverty in Indonesia was related to the social and cultural tendency of low-income people to share. He found poor people in Java tend to share their limited assets among their relatives, a habit that makes them poorer as their families get bigger.

In line with Geertz’s finding, our latest research finds culture still plays a major role among Indonesia’s poor, especially in Java. We find people’s acceptance of poverty is the biggest obstacle to eradicating poverty in Yogyakarta and Banten, both on Indonesia’s most populated Java island.

Yogyakarta, about 500 kilometres from Indonesia’s capital Jakarta, is the poorest province on Java. Its poverty rate stands at 11.81%, higher the national figure.

Banten, Java’s westernmost province, is the sixth richest region. Its poverty rate stands at 5.26%. But, many people can’t find jobs here after the harvest season. Last year, the unemployment rate after the harvesting period stood at 15.4%, higher than during the harvest season at 13.7%. People’s lack of skills and education prevent them from getting other jobs outside agriculture.

My colleagues and I at the Indonesian Institute of Sciences, conducted field research in Serang and Pandeglang regencies in Banten and Yogyakarta, and Gunung Kidul regency in Yogyakarta, from 2015 until 2017 to identify non-economic factors causing poverty.

We picked these two provinces due to their high poverty rates and the strong cultural values of their people.

We provided questionnaires to 1,198 targeted participants and conducted in-depth interviews with 20 households.

Our research found people’s fatalistic attitude had prevented them from being lifted out of poverty. Most of our respondents believed being poor was God’s fate, and there was nothing they could do. This attitude is believed to come from a Javanese philosophy of acceptance called “nrimo”.

We also found this attitude had led to self-denial. Believing that being in poverty was God-given, most of our respondents claimed they were not really poor as they always found God’s help via social aids and family support.

This self-denial creates a problem for government efforts to reduce poverty in the region due to difficulties in identifying poor people who don’t want to admit they are poor.

Our research shows poverty is a multidimensional problem, and the root cause of poverty in each region is different.

The findings explain why the government’s poverty alleviation programs fail in some provinces. The government’s one-size-fits-all approach to poverty by distributing cash and rice to poor people can’t solve some regions’ poverty problems.

It is important to understand that each province may encounter different poverty problems because each area has distinctive poverty problems. These problems include a lack of access to public services and scarce natural resources.

Our research suggests the government adopt social and cultural approaches to understand a region’s whole poverty issue. Understanding poverty should start by identifying the relationship between people and their social environment.

We also suggest the government provide solutions that don’t only resolve economic problems but also these social and cultural issues. The distribution of social aids may not be enough to reduce poverty in provinces where poverty is a cultural problem. Instead, local governments can create programs to train and empower rural people.

The government should also acknowledge local assets as solutions to poverty. For example, rural regions can focus on programs that cultivate their lands to be more sustainable.