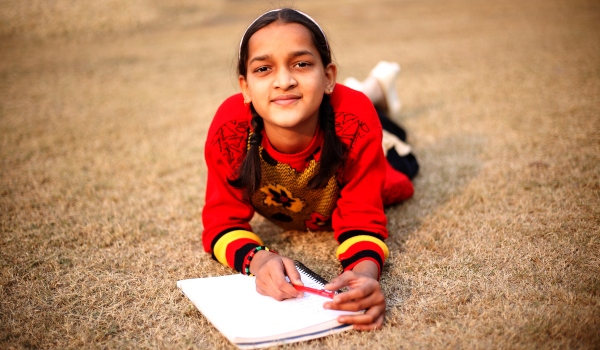 Indonesian schools have failed to recognise students’ interest and talents, scholars said in a discussion on education last week.

The lack of safe spaces for students to express themselves and explore their academic passions can be seen as a reason why Indonesia doesn’t perform well in global education indexes.

Indonesia is among the ten worst countries in the latest Program for International Student Assessments (PISA) rankings, a global assessment involving 72 nations. It scored lower than Mexico, Colombia, and Thailand in all categories (reading, science, and math).

Currently, there are more than 33 million students in Indonesia’s public schools, while the number of those enrolled in universities amounts to around 7 million.

The dark side of ‘massification’

Chairman of the Indonesian Academy of Sciences (AIPI) Satryo Brodjonegoro said Indonesia’s education had experienced high levels of “massification”, making it more available and accessible to the general population as a common good.

The Indonesian education system, the fourth-largest in the world, has seen its secondary education net enrolment rate soar from around 21% in 1978 to around 77% in 2015.

Although access to education has increased, Satryo argues that the current approach prioritises improving school management and teacher’s welfare, with little focus on students’ needs. This has ended up marginalising students.

A comprehensive report by the Lowy Institute affirmed Satryo’s concerns. It analysed the history of Indonesia’s education, saying that corrupt forces originating from the New Order have had little interest in developing a high-quality education system.

Their focus has been on expanding the reach of the education system for political and personal gains, with little intention on improving its quality.

Satryo spoke at a discussion titled “Reflecting on a Learning Culture to Build a Humane Education System” organised by AIPI and the Ministry of Research and Technology. It was held earlier this month (August, 6) at the National Library.

During the event, Satryo suggested priorities to improve Indonesia’s educational paradigm. He said that schools and teachers should be empowered to teach students based on the latter’s interest and passion.

“We have to reform our teachers so that they can empower and encourage students to think logically and to give opinions without being afraid of making mistakes,” he said.

Iwan Pranoto, professor of maths at the Bandung Institute of Technology (ITB), said technology might provide solutions to challenges in the education system.

In particular, he said that Artificial Intelligence (AI) can be utilised to boost students’ learning experience.

“If used correctly, AI and Big Data analysis can enable educators to diagnose students more accurately and design tailored lessons for each student, he said.

For instance Carnegie Learning, an AI company that provides learning software, has personalised a math curriculum for middle schools in Wichita, Kansas, US.

Although prospects for educational AI is hopeful, scholars have tread carefully on the use of “adaptive learning engines”.

“The same AI technology that empowers innovation can also be used to make the learning process more like training and less like education. Enforcing the standardisation culture is the worst-case scenario,” Iwan warned.

He gave the case of Squirrel AI as an example, a software that scholars say can make the standardisation of students’ competencies easier.

A survey by Forrester Consulting found that the progress of AI implementation in Indonesia has seen considerable progress.

However, another study by Microsoft states that in Indonesia today still only 1 in 7 companies use AI in their operations, let alone the education system.

The study found that the biggest challenge in adopting AI is the difficulty of integrating big data, suggesting that enterprises and institutions still struggle with managing vast amounts of information.

Iwan urged relevant stakeholders to come together and push for the implementation of educational AI in Indonesian schools.

“Inventions do not have nationalities. We must learn to use available technologies with Indonesian-specific context”, he said.

Beyond the negligent expansion of education and also advances in technology, fundamentally, students in Indonesia also face challenges against their academic freedom.

Censorship, either by the state, society or by educators, is alive and kicking in Indonesia’s campuses and schools.

In 2016, hardline groups protested against a discussion in Gadjah Mada University, the country’s oldest university, on the International People’s Tribunal for the killings of 1965-66.

A more recent example, a university in North Sumatra disbanded their student press for publishing a story discussing issues in sexuality earlier this year.

Budiman Sudjatmiko, a member of parliament and former 1998 activist who was also present during the discussion, expressed deep concerns regarding these trends.

“The essence of a university is academic freedom. Without that, no environment has the right to call itself a campus. Our constitution provides clear safeguards; the government must strongly implement them”, he said.

A survey by the Center for the Study of Islam and Society also found that over 40% of teachers in Indonesia tend to reject sciences that “don’t originate from Islam”.

“There is nothing wrong with conservatism, but it saddens me when people stop thinking clearly and start denying scientific facts. It should be a sign of warning if these traits are present in our teachers”, Budiman said.

Iwan Pranoto offered an alternative solution for academic freedom by reconciling religion and science in classrooms.

“Schools should focus less on religion, which divides students into groups, and more on curriculum involving cross-religious spirituality, which unifies. It must inspire students to celebrate differences,” he said.

The Indonesian Academy of Sciences supports The Conversation Indonesia as host partner.