“I’d like to think I’ve been as precise and informative as a natural history illustrator, though my subject isn’t as well defined as bees. It’s men and their anxiety and violence” (pg. 11).

“Make it new” was the battle cry of modernist poet Ezra Pound. He juxtaposed concrete images to create meaning through taut language while finding content and style inspiration from classical Chinese poetry. Aside from the creation of his own brilliant works, his aesthetic had tremendous influence on masters like James Joyce, Ernest Hemingway, Robert Frost and T.S. Eliot. In ways similar, David McConnell’s mashing of genres in American Honor Killings made something new and will wield enormous influence on contemporary writers of literary nonfiction.

A quick skim of the book will lead readers to see this as a work that highlights brutal crimes against gay men. But the book deserves a more nuanced and careful meditation. Through in-depth research that includes interviews, synthesizing and comparing news articles, traveling to the crime sites and getting to know the environments in which the crimes took place, and an elite novelist’s eye for detail and storytelling, American Honor Killings is a work that relates to all men. It somehow made the true and clunky and speculative details of crime read smooth like a Cormac McCarthy novel. The research, especially for a work of literary nonfiction, will immediately remind readers of Truman Capote’s masterpiece In Cold Blood, but at times the level of concise detail, especially when considering how McConnell addresses multiple unrelated crimes throughout this book, surpasses even what Capote achieved in his ultra-detailed observation of a singular crime. Take this passage from the chapter on the murder of Gary Watson and Winfield Mowder, for example:

“The couple’s house, an unselfconsciously rundown trailer with a big one-room living space added on, was about halfway along Olive Street. Coming from the south, there were indeed neatly spaced olive trees growing on either side of the road. Farther along, the withered-looking trunks of eucalyptus raised their feathery crowns much higher against the starry sky. A waning gibbous moon had been full two nights before. The earthen roadsides were dry and yellow. The air smelled of eucalyptus and the vaguely horsey dust of a long, intensely hot day” (pg. 61).

I’ll let the book and a reader’s individualized experience expound upon each individual meaning below, but here’s the raw free-write I completed immediately after reading the book from cover-to-cover:

The fear, tension and fragility of men. Where respect and honor come from and why their origins (rarely, if ever talked about) matter. Sexuality and fathers, guns and religion, the pride and/or extremism that comes from certainty, military and magazines and superheroes. Things expected and meeting expectations, things real and perceived and trying to live up to the perceived. Of being broken and loving and accepting love, of racism and penises, of height and muscle, of being tough when needed and tough for show, of being tender but not too, of victimhood and how the groupthink of gang mentality brainwashes, on bullying, of doubting and doing and proving, of violence itself or the cool show of speaking about it, of women and the power over and the success with, of holding strong to beliefs, of balding, of vengeance and the expected pursuit, of alcohol and chivalry, of reputation and money, of sports and education and news and television and clothing and hometowns and books read and shows watched, of movies, of posture, of adolescence, of being a boy and being a man and the game of trying to be both when the situation calls for it, of inadequacy and overachieving, of history and labels and the aspiring to or avoidance of, of locker rooms and words, of beards and budgets, of how drifting minds think of ideas or contain images and how these ideas and images make us insecure or scared of ourselves and how this manifests itself, of conversations and music listened to and work and how weekends are spent or how we say they were spent, of the danger and judgment of unsaid things being said, of wanting to be a regular guy but also something special, of wanting to fit the man stereotype while succeeding by contemporary standards which often means being or doing something irregular, how the tense rope holding the two together tugs.

The book should be required reading in university-level gender studies and criminal justice programs, as well as in nonfiction form workshops. Regarding the first two, there are gems like this that shine throughout:

“Many people still find it hard to accept that gay men are part of the story of masculinity, but they are, and understanding what goes on in this book demands and integrated view of men. There are different – many – kinds of men, but none belongs to a separate species” (pg. 12).

Regarding nonfiction form workshops, McConnell as narrator is a trusting guide, one able to reflect in upon himself and put parts of himself within both the murderers and the victims. When he interjects himself into the stories it’s not jarring and serves to push the narrative forward because it encourages the reader to do the same. He’s an openly gay guide who says he’s “’average’ enough to find the foibles of gay people laughable under the right circumstances, just like anyone else.” Lastly, because the wave of global news today comes in shocking bursts of increasingly smaller fragments, literary nonfiction writers will find upon reading that their topic selection can and should include stories already told and long washed away.

The book’s downfall is perhaps its greatest strength: a huge frame size. Whereas Capote went at a single crime, McConnell dives into many. This may leave some readers, especially those learning of each crime for the first time, wanting to know more as the chapter ends and another crime story begins. It should be noted that each crime here isn’t meant to be told in its entirety – they are vehicles to explore the issues of manhood and masculinity.

Arun Gandhi, the grandson of Mahatma Gandhi, often says that to understand nonviolence and truly have a more peaceful world we must first understand violence and our own capacity for it. McConnell’s American Honor Killings expands this understanding. 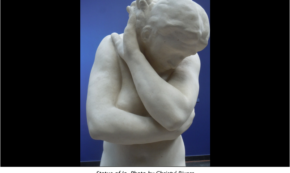 FacebookTweetPinEmailShares45
wpDiscuz
0
0
Would love your thoughts, please comment.x
()
x
| Reply
Share this ArticleLike this article? Email it to a friend!
Email sent!