On Friday May 26, 2017, a white Portland, Oregon man attacked three people on a train with a knife. Two people were killed and one survived with injuries. The altercation started when the man was harassing two young Muslim women, one whom was wearing a hijab. He was reported to have spouted racial slurs at the women. Three men began to intervene and that is when the attack started. As I was reading about the assault, I saw the comments roll in with a familiar tone – “Donald Trump created this environment.” “All these racist attacks are happening because Trump is President.” I took a step back and shook my head saying, “How convenient.”

Ever since Donald J. Trump began running for President of the United States, there has been a focus to blame him for any and all racism that exists today. Someone commits a hate crime, blame Trump. Find swastikas spray painted on buildings, blame Trump. Get called a racial slur online, blame Trump. It’s as if people think life was utopia, that everything was all lollipops and milkshakes, all races got along and sang songs about how everything was beautiful, and this evil scientist named Trump created this problem called racism. Yeah, that’s not how life is.

To give you a glimpse into how things were before Trump began to run for President, let’s present “Racism’s Greatest Hits”

This is just the “Cliffs Notes” version, pre-President Donald Trump. Still don’t believe me? Let’s take a look at how the former President of the United States was treated.

When Barack Hussein Obama was inaugurated as the 44th President of the United States, you would have thought all hell broke loose for white people. For eight years, then-President Obama was attacked with racial slurs and threats every day. Few moments went by when he wasn’t called nigger, his intelligence wasn’t scrutinized, and the validity of his U.S. citizenship questioned. The Right Wing group “Tea Party” was born seemingly out of anger that a Black man could sit in the highest office in the land. At political rallies, Obama was drawn as a monkey, dolls portraying him were in nooses, and he was called “The Food Stamp President.” People also showed little mercy to his wife, First Lady Michelle Obama, comparing her looks to dogs and apes. The hate of Obama also fueled many white men to not only buy firearms in record numbers, but to also join hate groups. “Stormfront,” a popular racist white supremacist website, crashed when Obama won the 2008 election. Looking back on the eight years of Obama, it was anything but post racial. Black, Latino, Asian, Middle Eastern, Native American, and other non-white people experienced racism on a regular basis. Still, there is a narrative that Trump has brought racism/white supremacy into our lives with his election. Thinking about how many white people view racism in the age of Trump, I realized it is all in how it is seen.

I believe the reason why many think the Trump administration has brought racism to the forefront is because much of the publicized acts are overt. Ten days within the election of Donald Trump, there was a report of over 800 hate crimes against non-white people. That caused many to gasp. But what we are not grasping is the covert acts of racism that happen every day which are not looked at as racism, but just normal behavior. If you were to ask any non-white person if they feel they have been discriminated today, I believe they could give you an example. Things such as white people clutching their purses as a Black man walks down the street, being silenced in public spaces, followed in department stores by security because they feel you may steal, and not being able to find adequate housing even though you match all the criteria needed is as racist as a white terrorist attack. We need to look at any negative racial aggression, no matter how small, as racism. It doesn’t have to look like a skinhead or angry white man yelling slurs. Recently, Black farmer Chris Newman wrote a social media post talking about the racism he experienced from “Liberal whites” in Charlottesville, Virginia. Newman said he is racially profiled from police due to calls from white people with “I’m with her” and “Coexist” stickers on their vehicles. That doesn’t sound like the usual Trump supporter. We can easily point out their racism, but to highlight how the person who “supports” Black Lives Matter and voted for Obama, well that is an entirely different conversation.

This is not a piece supporting Donald Trump. I believe he is a racist, vile man. I am not absolving him of any of his racist tirades or legislation. I am just asking us to be honest about racism and look at it in its entirety. I wanted to write an essay talking about the blind spots white people have when discussing racism and why Trump is looked at as the scapegoat. Black men being imprisoned by astounding numbers is racism. Latino farm workers being exploited is racism. People of Middle Eastern descent being subject to more extensive body searches than other airline passengers is racism. Non-white people not being paid the same rate for the same job as white people is racism. Black people not having the same access to education as white people is racism. Gentrification destroying communities and causing the long time residents to be seen as criminals is racism (RIP Alex Nieto). The question that we should be asking is, “Did Trump’s presidency encourage more racist violence?” That is a more sensible question, but I wager many people of color would argue their lives are not in any more danger than if Trump didn’t take office. I could be wrong, though.

By blaming President Donald Trump for racist acts such as the attack in Portland and any other racial aggressions is obfuscating the real problem we have. We will never get to a real solution until we are real with ourselves. Racism was here before Trump and will be here after and we need to admit that.

The trouble is that America still will not face racism, sexism, and economic warfare head on.

I agree. All Trump did was embolden some people. Unless 2015’s number of racial incidents was 0 (it wasn’t), Trump didn’t create anything.

Everything you said is correct, Paul Hartzer. But the fact that Trump emboldened people cannot be overlooked in the big picture, and that’s a huge factor. 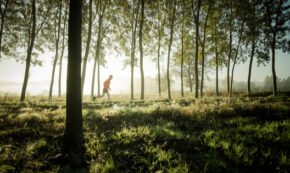 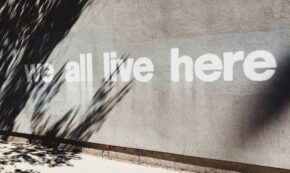 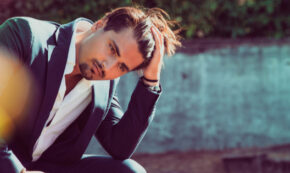 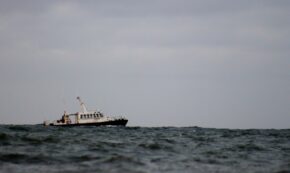 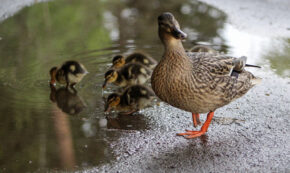 FacebookTweetPinEmailShares159
wpDiscuz
6
0
Would love your thoughts, please comment.x
()
x
| Reply
Share this ArticleLike this article? Email it to a friend!
Email sent!