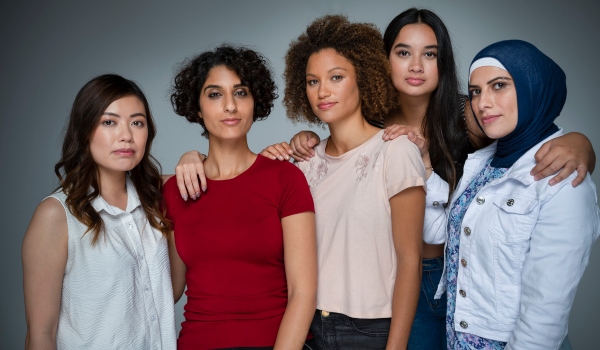 One of the most rewarding aspects of my research is calling up documents at the British Library and discovering a new collection of stories that tell me something about the world in which a particular document was created as well as how it relates to our society today.

Independent community publications from 1960 to 2018 form a large part of the archival materials I am using for my research. These consist of newspapers, magazines and booklets produced by Black and Asian community groups and activists in Britain that offered spaces where people were able to connect with others with similar lived experiences. In addition to articles about racism and other forms of social inequalities, discussions about anti-immigrant policies are a common topic in these publications.

For example, I discovered an article in the June-August 1983 issue of Mukti, a multi-lingual feminist magazine for Asian women, discussing changes to immigration rules in that year. The authors report that these new rules will impact the citizenship status of women and children, particularly from Black and Asian communities in the UK. The magazine includes information about groups that were being organised to campaign against these immigration laws and urged women to apply for citizenship in order to ensure that their children born after January 1983 will be UK citizens.

Around the same time as I was looking through the British Library’s collection of Mukti magazines, I came across this piece just as an interview with British-Nigerian Jazz artist, Bumi Thomas was published on BBC News in August 2019. In the interview, Thomas explains that she faces deportation from the UK despite being born in Glasgow in 1983. Her parents were unaware of the changes to the immigration laws that came into effect six months before her birth and assumed she had automatic citizenship rights like her older siblings. Thomas’ case highlighted the ongoing effects of such anti-immigrant policies and also how independent publications like Mukti served their communities in their attempts to keep people informed about these laws and to fight them. According to the BBC article, Thomas appealed against the Home Office decision to deport her and her case is due to be heard in October 2019.

As the numerous ongoing cases (including the Windrush Scandal) starkly reveal, struggles against issues such as anti-immigration laws and racism are sadly not confined to the particular historical moments that publications like Mukti were produced in; they are very much in the present and continue to have often dire consequences for people in this country today.

Find out about social sciences at the British Library including collections, events and research. This blog includes contributions from curators and guest posts by academics, students and practitioners.