Get Daily Email
Join/Login CLOSE
Home / Social Justice / The Truth About Men: Our Weakness Is the Key to Our Greatness 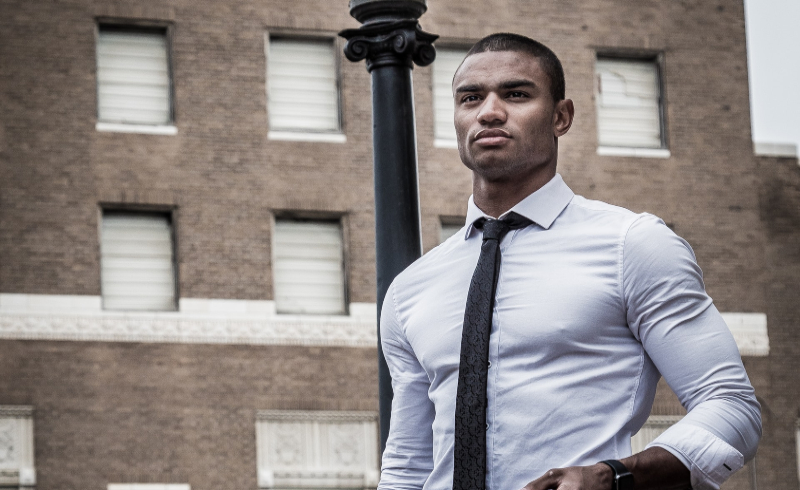 Part I—Accepting Who We Are

In my article, “The Essential Difference: The Truth About Females and Males,” I detailed the latest scientific finds on genetic superiority of women and suggested that accepting the reality of our genetic weakness can actually be the foundation for what makes men great. Here, I want to offer guidance for men who want to understand how to live more fully, love more deeply, and make a positive difference in the world.

Like many young boys growing up I often felt vulnerable and weak but did my best to hide it. I still remember seeing ads to stop being “a 97-pound weakling” and become as strong as Charles Atlas. The typical scenario, usually expressed in comic strip form, presented a skinny young man usually accompanied by a female companion being threatened by a bully. The bully pushes him aside and the girlfriend joins in the derision. The young man goes home, gets angry and sends away for the free Atlas body-building book. Shortly thereafter, the newly muscled hero returns to the place of his original victimization, seeks out the bully, and beats him up. He is rewarded by the swift return of his girlfriend and the admiration of many other female onlookers.

I dreamed of becoming Charles Atlas, the world’s strongest, most dominant, and most alluring man in the world. It seemed that male strength came from constantly competing with other men so that we could become rich and famous and get all the pretty girls to throw themselves at our feet. I followed the sports dictum of UCLA Bruins football coach Henry Russell (“Red”) Sanders: “Winning isn’t everything; it’s the only thing.”

I grew up in southern California and was the first one in my family to go to college. I wanted to get away from home, but not too far away. I was accepted at U.C. Santa Barbara, had aspirations of going to medical school. I was a biology major but took a philosophy class because I wanted to get a deeper understanding of humanity. We had a visiting professor, the eminent philosopher Paul Tillich. His class and his thinking changed my life forever.

“Every serious thinker must ask and answer three fundamental questions:

Over the years I’ve learned that the key to answering the philosopher’s three questions was to truly know and accept who we are and that begins with accepting who we are as males and females. In my previous article, “The Essential Difference,” I quoted the research findings of David C. Page, M.D., professor of biology at the Massachusetts Institute of Technology (MIT): “There are 10 trillion cells in the human body and every one of them is sex specific.”

I went on to describe the work of Dr. Shäron Moalem, M.D., Ph.D, an award-winning scientist, physician, and author of numerous books including The Better Half: On the Genetic Superiority of Women. Dr. Moalem offered the following facts of life:

The question is why? The simple answer, which he gives detailed research findings in his book, is that women have two X chromosomes in every cell of their bodies while males only have one. Of course, there’s more to the story of who we are than our genetics, but too often we neglect our biological heritage or try and separate nature (our biology) from nurture (our social influence). The truth is our genes influence every aspects of our lives and every aspect of our lives influence the ways our genes are expressed.

These interactions show up in our brain structure and function. In his book, The Essential Difference: The Truth About the Male & Female Brain, Dr. Simon Baron-Cohen says, “The subject of essential sex differences in the mind is clearly very delicate. I could tiptoe around it, but my guess is that you would like the theory of the book stated plainly. So here it is:

I hoped I would prove to have the most kick-ass, male brain, on the planet (or at least put me up there with James Bond and Clint Eastwood). I couldn’t wait to take the two tests in the appendix: The “Systemizing Quotient test” (i.e. male brain type) vs. “Empathizing Quotient test” (i.e. female brain type.) To say I was surprised and disappointed with my two scores would be a monumental understatement.

Dr. Simon Baron-Cohen did offer the following statement at the beginning of the book, which I read, and promptly ignored (“just like a man,” I heard my wife shouting in my brain):

In Part 2 of this article, I will show you how to determine your own brain type based on the work of Dr. Baron-Cohen. Knowing ourselves starts with knowing what type of brain you have and how it works for you. I always enjoy getting your feedback. Come visit me here.

I’m interested in how people respond to the idea that men are the weaker sex and that our weakness may actually be a source of strength.