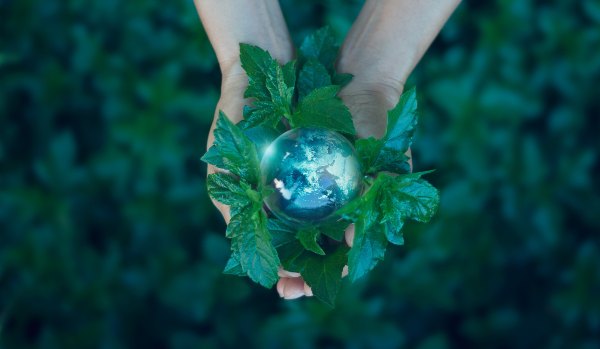 Climate change provides the strangest example of a problem which is very widely and increasingly recognized by the best available scientific opinion to be a huge and definite danger to basic life nurturing conditions of our planet, and yet, in the decades after this became convincingly established, the emissions which cause this have been permitted to increase beyond dangerous limits. As we read truly frightening accounts from the most reliable experts regarding the extreme seriousness of the problem, credible plans for timely solutions at global level are still not emerging ( for an update on how serious the situation is , see ‘Expert IPCC Reviewer speaks out, by Robert Hunziker, November 21, 2020, in countercurrents.org).

It is in this context that one must ask—isn’t the time ripe now for some out-of-box thinking? By this I mean ideas which may not have looked practical till recently but need to be considered seriously now keeping in view the urgency of the challenge ahead.

The first such idea that I would like to propose is to somehow ensure that no wars will be fought in future and then, building on this assurance, we should try to achieve a 95 per cent reduction in the production of all weapons.

Experts tend to work in their areas of specialization and hence the close linkages between ending war and checking climate change have not been explored generally. However the linkages are actually very clear. In order to check climate change in time ( as well as sort out other life-threatening environmental problems in time) a very high degree of international cooperation is needed. This cannot be established as long as the shadow of war ( perhaps even a world war) hangs over the world and there is race among major powers in such high-risk areas as nuclear weapons, robot weapons and space warfare. However if there is no possibility of any future war, then the possibility of international cooperation to check climate change and other most serious environmental problems can increase dramatically.

Secondly wars and preparations made for war are very highly polluting activities involving very high GHG emissions. Thirdly, it is the possibility of wars which provides the main rationale of the world’s most wasteful and destructive industry, the armaments industry. Once wars are ruled out, the possibilities of achieving the aim of a 95 per cent reduction in all weapons, arms and ammunition can increase greatly.

Of course it is very important to avoid wars and reduce weapons to save human lives and reduce suffering greatly, these being the most direct and important benefits, but the indirect benefit of contributing enormously to check climate change and other serious environmental problems is also great.

The ultimate question remains as to how can we eliminate the possibility of future wars. The main issue here is that future wars and weapons are becoming so life threatening that it is increasingly not a question of whether to avoid future war but only of how to achieve this. Once the billions of people whose lives matter and whose voice matters are convinced that wars have to be avoided then wars will be avoided. It is a question of human effort, sincerity and wisdom.

Another out-of-box idea worth considering is whether we can list the most harmful substances in widespread use and try to bring a 80 per cent or so reduction in their production and use within five years by a sustained campaign. Many of these substances are not only bad for health but are also notorious as huge polluters and GHG gas emitters. Alcohol and tobacco would be two obvious candidates for this list. All the poisonous substances currently used wrongly in food production would also qualify. Many other chemicals, substances and gadgets identified to be very harmful for health yet wrongly allowed to spread widely would also be included. Super-luxury products used only by the super-rich but involving huge waste of resources should also be included in such a listing even though these may not be harmful for health directly. I see this as part of a larger effort, the more obvious out-of-box part, to completely rethink development, growth and economics.

Another area where out-of-box thinking may be useful is in the context of big changes which are needed in governance, including international governance, which can make it possible to check climate change, other ecological ruin and weapons race before it is too late. However these changes should be within the framework of justice, peace and democracy, and should completely avoid and resist the efforts of some billionaires, and other global elites with narrow interests, to play a larger role in global affairs in the name of tackling urgent problems.

While out-of-box thinking along these lines will be welcome, the highly risky and unpredictable solutions of geo-engineering which are being increasingly proposed to check climate change are not needed at all as it is not at all advisable to try to solve existing problems by creating new ones.

A simple initial effective step would be for the United Nations to declare the next decade as The Decade for Protecting Earth, arguing that all other activities will keep in view this predominant objective. Such a declaration will be very helpful for spreading this basic idea, including in all educational institutions where children will start asking what is the need for this protective decade and in the process grow up with a better understanding of the most critical issues. This writer has drafted a petition for such a declaration and after obtaining the endorsement of many eminent persons has sent this to the UN Secretary General. ( See bharatdogra.in for the text of the basic statement).

Bharat Dogra has authored several books in English and Hindi on the challenge of protecting basic life-nurturing conditions of our planet, including ‘The Planet in Peril’ and ‘Protecting Earth for Children’.