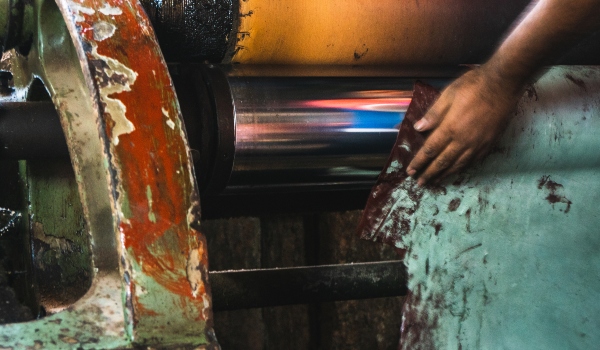 How can urban health policy be effective when the data on residents’ and workers’ leading causes of premature death, illness and injury is inadequate? A new project with partners in India seeks to fill the data gaps and support informal workers’ well-being.

Globally, data shortfalls have led to massive underestimates of ill-health, injury and premature deaths among the two billion workers in the informal economy. This is also the case for most of the billion or so residents of informal settlements (‘slums’) (PDF). By being unrecorded in their homes and workplaces, these workers and residents are left out of vital services and remain invisible in official statistics.

As a result, urban health policy is not based on evidence of leading causes of residents’ premature death, illness and injury, or on their living and working conditions. And a lack of data hides the emerging effects of climate change, particularly upon low-income workers and residents in urban areas.

A new research programme with partners in India, and potentially in Zimbabwe, seeks to reveal informal workers’ living and working conditions, their multiple health risks, and ways to promote resilience to climate change.

Over the last few decades, new data collection in cities has successfully led to rising policy attention. The World Health Organization (WHO), for instance, has developed a database showing how air pollution levels in many cities significantly exceed WHO standards. The WHO has also underscored the importance of promoting urban health equity.

But there is still little health data on low-income urban populations in Africa and Asia, especially those in informal settlements. Their illnesses, premature deaths, and injuries usually go unrecorded. This issue is increasingly gaining attention – including papers in The Lancet on ‘slum’ health.

In the global South, even more scarce is health data about the workplace (‘occupational health and safety’ or OHS). A substantial proportion of preventable disease and injury burden is likely to occur in informal settlements, as well as in informal worksites. But given their unregistered status, there is no functioning employer reporting system for informal workers and so their occupational illnesses, injuries and deaths also remain invisible.

Many informal workers are exposed to occupational health hazards, such as chemicals, dust or elevated levels of heat and noise, but they cannot access OHS services, which typically cater for formal workers.

And because of climate change, informal workers may also be increasingly at risk of ill-health, particularly if they work outdoors or in areas already prone to extreme heat and water scarcity. Although there is limited research on climate change and occupational health impacts, it is likely that heatwaves, floods and other extreme weather events will disrupt informal workers’ livelihoods, while increasing the risk of injuries, heat strain and other illnesses.

A new research programme with informal workers: from surviving to thriving

Activities are under way to examine OHS for urban informal workers in India – and the links with climate change resilience. India has a sizable, vibrant informal economy, which has generated livelihoods for the majority of urban households, much as in Zimbabwe (where it is hoped that the project will be extended).

The project is partnering with informal workers, helping to reduce key risks and together generating new ways to move from surviving to thriving at work.

The Urban Health Resource Centre (UHRC) is conducting research in Indore, India, encompassing informal workers in several sectors such as brick kilns, factories, construction work, and home-based workers. UHRC has a long history of partnering with grassroots women’s groups and engaging in advocacy to support health in informal settlements.

The study will work closely with informal workers to assess the many occupational, environmental and public health risks they face. The partners will explore current responses to these risks, while also designing new strategies with workers to build their resilience to climate change.

Running until 2021, the project will not only provide detailed insights into current occupational and other health risks facing informal workers; it will also develop inclusive interventions and holistic approaches to support workers’ livelihoods and well-being in the face of climate change.

This multifaceted study will urge city authorities and other decision makers to pay greater attention to OHS, and to develop interventions that promote informal workers’ climate resilience – workers whose complex health risks and creative responses have all too often remained unseen.

With thanks to David Satterthwaite, Siddharth Agarwal and Rangarirai Machemedze, who contributed to this blog.

The research was commissioned by the National Institute for Health Research using Official Development Assistance (ODA) funding. The views expressed are those of the author(s) and not necessarily those of the NHS, the NIHR or the Department of Health and Social Care.

Previously published on iied.org under a Creative Commons License.