Get Daily Email
Join/Login CLOSE
Home / Social Justice / What Kind of Human Being Are You? 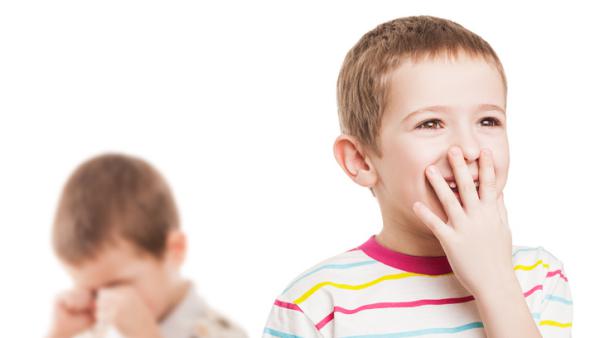 I was in a meeting this past year with community service providers, working on the question of identifying and empowering ethnic leaders in our city. Where are these ethnic leaders, and how do we help them find the resources they need to add their voices to the conversation about where our city, our state, and our country should go?

What I heard over and over again was fear. A man who came to Louisville as a Somali refugee over twenty years ago said something that made me want to weep. Apparently, after the presidential election his teenage children came to him panicked and said, “Where will we go now?”

Where will we go now? There are a lot of people worried that the country that has been their home no longer wants them. The indifference that they’ve often had to suffer is bad enough (an indictment of us all), but now they’re afraid of outright hostility from their neighbors. I hear about it all the time.

I hear about the fear among the many different constituencies I work with—African Americans, LGBTQ people, Muslims, Hispanics, refugees, women, immigrants, the poor.

I hear about it from people afraid that they soon won’t have healthcare anymore, and that their loved ones will endure unnecessary suffering and death, so that we might give a bigger tax break to the folks on top.

I hear about it from the elderly who are deathly afraid their social security and medicare will be outsourced or worse, strangled so badly it won’t do anybody much good any more.

I hear about it from teachers worried that they’ll be used as front line troops in a holy war to insert religion into the school system–or just as frontline troops.

I hear it from my Muslim friends terrified that they, who love this country so much, will be further made the targets of cultural intolerance.

I hear it from by Gay, Lesbian, Bisexual, Queer, and Transgender friends anxious about once again being fair game for discrimination and violence.

I hear about it from children who live with the terror that they might not come home from school tomorrow.

And do you know what I hear too regularly from my friends who are happy about how the presidential election turned out? In a nutshell it amounts to: “What are all these people worried about? They’re just looking for things to whine about. We’ve been made fun of for too long. Now it’s our turn.”

So, how do I communicate with my friends who can’t seem to fathom the fear that sits like an ancient stone in the hearts of so many Americans?

Then it struck me. How about a little thought experiment?

Let’s say that you and a bunch of other people feel sick. So, you decide to become part of a medical study, which is promising great things for people like you. A lot of other people decide to enter this study with you, while still others are forced against their will to take the experimental drug.

After genetic testing, it turns out that you’re among a group of folks who have a gene that makes you immune to the potentially lethal effects the experimental drug can have–promises to heal all your problems. Unfortunately, though, a large number of people in the study do not have the genetic makeup that would offer them the same protection you enjoy.

If all you can manage to do is celebrate your good fortune without having any sense of compassion for those who fear for their lives, what kind of human being are you?

You might say, “Well, they’re being overly dramatic. We don’t know if this experimental drug will be lethal to them.”

But those without a genetic kevlar vest respond by saying, ”Look, people with our particular genetic markers have had drugs with the same kind of chemical makeup forcibly administered in the past–and significant numbers of people like us died or were unalterably maimed–physically and psychologically.”

Upon hearing this, if you’re still preoccupied with the benefits promised to you and not with the possible ill effects to others, what kind of human being are you?

If every impulse you have is to bask in your immunity, even with the knowledge that so many around you cry themselves to sleep every night in terror, what kind of human being are you?

If you’re convinced that you know more about the global effects of this experimental drug than those who’ve actually had experience with it, what kind of human being are you?

Or–if you identify more closely with your Christian commitments–what kind of follower of Jesus are you?

I think these are questions we’re going to keep bumping up against as we continue moving into this brave new world.

This post was previously published on Derek Penwell and is republished here with permission from the author.
—