Get Daily Email
Join/Login CLOSE
Home / Social Justice / Why Am I the Only Woman at the Table? 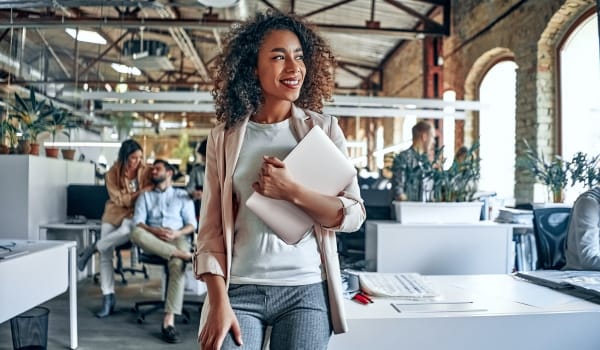 BOGOR, Indonesia (8 March, 2011) _ Today we celebrate International Women’s Day, “a global day celebrating the economic, political, and social achievements of women past, present, and future.” According to the day’s official website, the first International Women’s Day events were held in 1911 when campaigns were underway for women’s rights to work, to vote, to be trained, and to hold public office. A century later, how well are we doing to ensure that women are represented in forest-related fora?

A press release issued last week by the Collaborative Partnership on Forests addresses this question. Quoting experts at my organization, the Center for International Forestry Research (CIFOR), and elsewhere, the conclusion is that while women are the main users of forests in developing countries, and research shows that greater involvement of women usually improves forest management, they continue to be sidelined in decision-making. The release concludes with a statement about the importance of increasing “the number of women in decision-making positions from the village level, through to local governments, central governments and forest-related agencies.”

My own vantage point on this challenge is that of a leader of an international forestry research center, and frequent participant in international agriculture, forest, and climate change policy arenas. And I can tell you that we’ve got a lot of work to do.

Over the last two months, with the launch of the International Year of Forests, I’ve had a heavy travel schedule attending meetings of intergovernmental organizations, the Consultative Group on International Agricultural Research, and forestry research entities, and having side meetings with private corporations and public and private donor agencies. At some of these meetings, the representation of women has been respectable. For example, six of the 14 organizations that constitute the membership of the Collaborative Partnership on Forests are currently led by women.

At other meetings, I have literally been the only woman in the room. On such occasions, it is difficult not to feel conspicuous and self-conscious, and not to worry that the opinions that I offer will be interpreted (for better or worse) as representing primarily a gender-based perspective. These feelings have made me sensitive to those likely experienced by African colleagues; at several of the recent meetings I’ve attended, there was only one African participant at the table, if any.

My easily-summoned outrage at this imbalance is tempered by my knowledge of the difficulty of recruiting a complement of senior staff at CIFOR that reflects gender and other elements of diversity. Our limited degrees of freedom (in terms of number of positions, skill set required, and base of posting) are already a challenge, and are compounded by restricted options for spouse employment, healthcare, and children’s education.

Certainly the top priority is to increase the role of women in the direct management of forest resources, and as indicated in the press release mentioned above, there are signs of progress on that front. But we’ve also got to do more to expand the pipeline of women, Africans, and other under-represented groups seeking careers in international forest policy-making and research. When you get to the short-list for leadership positions with few women or Africans, it’s already too late. More early-career opportunities – such as the fellowships being provided under the AWARD (African Women in Agricultural Research and Development) program – structured mentoring, and role models can all help.

Some of you might have heard of “EMILY’s List”, an effort to elect more progressive Democratic women to public office in the United States. Maybe in my next life I’ll start “Frances’ List”, an effort to get more women appointed to leadership positions in international forest policy circles. Want to join me?