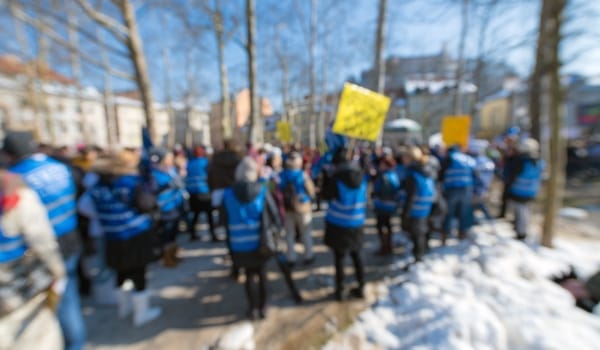 In recent years, some unions have embraced “bargaining for the common good,” which use the union campaign to win broad, righteous public benefits. The best current example of this is the Los Angeles teachers’ strike, which opposed the underfunding, privatization and overcrowding of schools—all of which hurt students. Common good goals often bump against the constraints of what is legally bargainable. For instance, does a demand from teachers’ unions that school districts use district-owned property to fund and build affordable housing for teachers affect working conditions? While shortages of affordable housing affect teachers very directly, how school districts use their land and invest their money is normally considered a managerial prerogative.

But last fall’s report from the Intergovernmental Panel on Climate Change is a game-changer. It concludes that humanity has 12 years to cut greenhouse gas emissions enough to hold global warming to 1.5 degrees Celsius—and avoid civilization-threatening consequences of climate change. There is a lot of space between projected best- and worst-case future scenarios. It’s the difference between bad and apocalyptic. That space represents hundreds of millions of people dying. Avoiding worst-case scenarios, in strictly scientific terms, requires everyone to do everything, immediately. The looming timeline of the IPCC report means unions must have a right to bargain over climate change, especially in the public sector. What good is it to negotiate the assignment of overtime when the sky is on fire?

Service Employees International Union (SEIU) Local 1021, the union where I work, supported the campaign to divest the San Francisco pension plan from fossil fuels and to stop a new coal shipping terminal at the Port of Oakland. In my union, we advance our goals on parallel tracks via collective bargaining and public policy, using each to reinforce the other. The nexus between the functions of local government, climate change and jobs goes even further. San Francisco has already made significant commitments on many of these initiatives, and plans to do more.

A version of this post was previously published on labor4sustainability.org and is republished here with permission from the author.