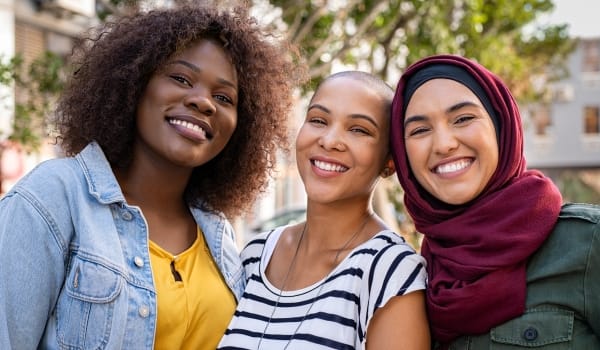 JEPARA, Indonesia (March 7, 2011) _ Indonesians will never forget the special significance that Jepara holds in the struggle for woman emancipation. It was in this regency that the country’s hero, Raden Ajeng Kartini was born and fiercely fought for equal rights for women in Indonesia at a time when patriarchal culture dominated.

This spirit was perhaps what inspired Erlisa (Lisa) Sulasmi, a Jepara woman who has become involved in the furniture industry, which has been famous for generations in the area. Jepara’s uniqueness lies in its distinctive woodcarving, and its blueprint is in the blood of the craftsmen. According to data from Jepara Trade and Industry Agency, furniture contributed about 27% for the regency’s economy and about 10% of Indonesia’s total furniture in 2009.

After graduating from a language school in Central Java, instead of working for the government like so many others, Lisa decided to start a career in the furniture industry as an administrative staff member. A strong work ethic led Lisa to quickly rise the ranks to become the company’s Export Manager. Though in a western context it may not sound like much of a feat, according to research conducted by the Center for International Forestry Research (CIFOR), many Jepara women in the furniture industry don’t have the same opportunities as men.

“Many women laborers get paid lower than men,” says Lisa. “Women laborers are regarded as capable only to do certain tasks, like rubbing the furniture with sandpaper or painting, while men can also do other work like heavy lifting.”

Lisa has now left the company and is developing her own furniture business. She admitted that the fight to build a career in such an industry had not been easy, particularly after her husband passed away two years ago, forcing her to raise their two children alone. But, displaying the resilience that had served her well in her career, Lisa worked to develop online marketing strategies and select sources of raw material to allow her to break into the green market, which requires the industry to use wood from sustainably-managed forests.

Furthermore, through CIFOR’s Furniture Value Chain (FVC) project, training has been provided to small businesses and individual craftsmen to help prepare them face the global market, particularly through green product and fair trade marketing. This is largely considered as a new market opportunity and a vital way to support to the conservation of Indonesia’s tropical forests. Thus far, they only have a role in production and are unable to market their products directly to customers however, most of them sell their outputs to warehouses or big businesses, which then export the furniture. As such, the bargaining power of the small-scale artisans is weak.

Lisa is also a member of the Association of Jepara’s Small-Scale Artisans, established in 2009. The association was found to provide a place for the craftsmen to organize themselves, boost their bargaining power, provide solutions, improve product quality and develop the human resources. And the market is growing.

“Jepara businesses, in which women handle the administration and marketing divisions, are expanding rapidly. Aside from that, the area of design, which is still dominated by men, holds potential for women to develop,” Lisa said.

Lisa could be thought of as a modern-day Kartini: her struggle is a source of inspiration for other Jepara women, showing them that they can play an active role in preserving their cultural heritage.