Ahead of this week’s opening ceremonies at Sochi, our partners at The Active Times have compiled a list of the 50 Greatest Winter Olympians.

With the help of five expert panelists, the editors used a formula that weighed medal count and type, along with subjective factors, to reach their list.

Below is the top 10, those athletes the editors believe are the greatest in Winter Olympic history. To see the full list of 50, go to The Active Times.

The most decorated American Winter Olympic Athlete of all time only competed in three Olympic Games. Over the course of those Games he took a total of eight medals and coped with intense attention from the crowd. In his first Olympic appearance in 2002, he was surrounded by controversy. First, he was accused of throwing an Olympic trial race and then he won gold in the 1500-meter, but only after the South Korean athlete who finished first was disqualified for apparently blocking Ohno. Despite the initial negative attention, Ohno has earned his spot in speed skating history and become an American icon. Our panelist Brian Pinelli calls him “a master technician with explosiveness on the ice like no short tracker in history.”

“Aamodt went about his business quietly while breaking record after record. He won three Olympic super-G gold medals, the first two coming in 1992 and the last in 2006, 14 years apart. Not too shabby for such a physically demanding event. And with the super-G gold, he became the first male alpine skier to win four Olympic gold medals. Aamodt’s 20 combined Olympic and World Championship medals are unmatched. [He’s] arguably the greatest all-around skier ever. Like Bode Miller, [Aamodt] has won World Cup races in all five disciplines.”

Our panelist Brian Pinelli calls four-time Olympic gold-medalist Ricco Gross a “biathlon legend,” which is a pretty remarkable statement considering Gross’ last Olympic appearance (where he earned his fourth gold medal) was just eight years ago at the Winter Games in Turin. Still, with a total of eight Olympic medals and as the only biathlete to ever win four Olympic relay titles, there’s no doubt his name will forever be etched in history as one of the best biathletes of all time. His recipe for success: “Never try to imitate anyone else. Follow your own path, find something new, something that is yours, and stick with it.”

Humble and low-key, Heiden provided the single most outstanding Olympic performance at one Games in history! 5 speed skating events, 5 gold medals, 4 Olympic records and one world record over a nine-day span in 1980, winning everything at a home Olympics at just 21 years old! And he even slipped in the 1,500 before winning in an Olympic record time.

In our current era of specialization in everything that we do, Heiden took gold in events as vastly different as the 500-meters and 10,000-meters. And he did so at an outdoor oval in the elements…bitter cold and wind, unlike today’s indoor speed skating venues, where every element is controlled. Seems utterly impossible and surely a feat that will never be matched!

At age 41, German speed skater Claudia Pechstein will be competing in her sixth Winter Olympics. Since making her Olympic debut at the 1992 Games in Albertville, Pechstein has won nine medals, five of which are gold—more medals than any other speed skater and the second-most gold medals among female Winter Olympians. That total might have been higher were it not for a scandal: blood doping allegations led to a two-year ban, sidelining her during the 2010 Vancouver Olympics. (Pechstein has repeatedly denied the charge and even fought it in court.) Regardless, her previous medals remain undisputed and in Sochi she’ll be looking to further cement her status as an all-time great.

Over her impressive 16-year cross country skiing career, Raisa Smetanina earned 10 Winter Olympic medals—the most achieved by any female athlete in history. Three of those medals (two gold and one silver) were earned at the 1976 Winter Olympics alone, which tied her with Germany’s Rosi Mittermaier for the title of most successful athlete of the entire Games that year. Beyond the wild success of her Olympic debut, Smetanina went on to win two more gold medals in 1980 and 1992, was the first athlete to ever appear on the podium at five different Winter Olympic Games, and is one of just three Olympians who have collected a total of five silver medals. And as if all those firsts and bests just weren’t enough, when her relay team claimed gold in the 4×5 km relay at the 1992 Games—about two weeks before she turned 40—she became the oldest female medalist in all of Olympic history.

Stefania Belmondo is the perfect storm embodied in an Olympic cross-country athlete. She had the trifecta: a 10-year-long Olympic career (disrupted by a major injury), the utmost admiration from her country and an underdog story. Belmondo was considered by many to be too small for the sport of cross-country skiing; she set out to prove the naysayers wrong. Over the course of five Olympic Games, she took two gold medals, three silver and five bronze, making her the most successful Italian Winter Olympian to date. After a major injury and a disappointing 1994 Games, she took a break from cross-country skiing, but the resolute Belmondo came back to take two gold medals at the 1999 World Championships. She closed out her Olympic career in 2002 at the Salt Lake City Olympic Games when she took her final Olympic gold medal. Her record and popularity brought her to the 2006 Winter Olympics in Torino, where she lit the Olympic flame at the opening ceremony.

The Norwegian biathlete Ole Einar Bjørndalen competed at five Winter Olympics, from 1994 through 2010, and won 6 golds, 4 silvers and one bronze. Calling Bjørndalen a “dominant international force in the sport for nearly two decades” and “among the greatest athletes of all-time,” Pinelli gives the details:

“Sure, in the U.S., we don’t put too much emphasis on biathlon and infrequently is it discussed on sports talk radio, but Bjørndalen is the greatest biathlete of all-time and among the greatest Winter Olympians. His 11 total medals is second only to his cross-country skiing countryman Bjorn Dæhlie’s twelve. In Salt Lake City 2002 he went four-for-four in the events he entered, taking four gold medals home to Norway.”

Pinelli adds: “Aside from the Olympics, his 93 World Cup biathlon wins between 1996 and 2012 may never be matched—in any winter sport!”

Few Olympic athletes are capable of garnering A-list-level celebrity, but three-time gold medal figure skater Sonja Henie was known for drawing hordes of fans so large and rowdy that police were often called in for crowd control. And it wasn’t just because she was a sweet, smiling blonde either. A fierce competitor, Henie won her first Olympic gold medal at the age of 16. From there she went on to defend that title in the next two Winter Olympic Games, and just one week after winning her third Olympic gold she placed first at the World Figure Skating Championships for the tenth year in a row, setting a record that has yet to be broken. A true trailblazer for the sport, Henie was known for her untraditional short-skirted costumes, white skates (black was the norm at the time), and innovative choreography. “To this day [she is] the undisputed ‘Queen’ of figure skating,” says panelist Brian Pinelli.

Perhaps not a household name to most American sports fans, but he’s the most decorated Winter Olympic champion ever with eight gold and 12 total medals, both unequaled. He amassed three gold and a silver in both Albertville and Nagano. At the home Games in Lillehammer, Daehlie had two silver and two bronze. Despite his amazing achievements, he will always be remembered for getting beat by the narrowest of margins on the final leg of the team 4×10-kilometer, by Silvio Fauner and the Italians. Norway was heartbroken! Despite the one disappointing loss to the Italians on home snow, Daehlie is still a living Norwegian legend!

About The Active Times 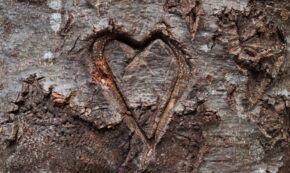 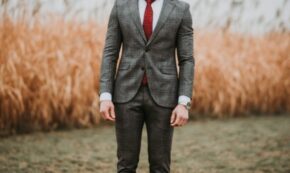 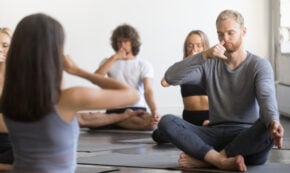 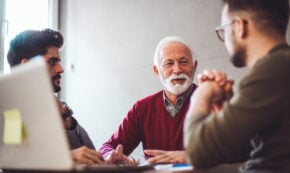 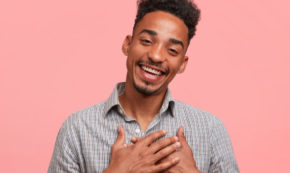