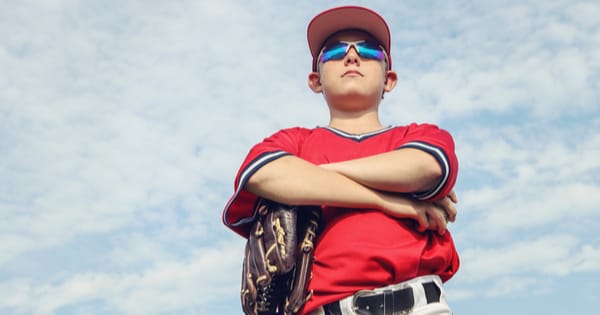 Dear Athletic Support: The coach of my son’s travel baseball team also has a son on the team. The coach’s son isn’t a terrible player, but it sure seems like he gets more playing time than he deserves. I don’t want to upset the coach or embarrass my son. I just want the playing time to be properly distributed. What should I do? — Hesitant Daddy

Dear Hesitant: No matter how unfair you feel the current situation is, you should not talk to the coach about playing time. Period.

Back when I was coaching, I held a meeting before the start of every season. I told all the parents upfront that I would not talk to them about playing time. There were many reasons for this, the main one being I was the coach.

High school football is different from travel-league baseball. I was a paid professional. This coach with the questionably talented son, he’s probably just a volunteer. Regardless, the distinction remains: he’s the coach and you’re the parent. You don’t get to decide the starting lineup.

If you still feel the need to talk with the coach, set up a time to chat about how your son can improve. If the coach points out a few weak spots in your son’s game — and you take the time to work with him — your boy might just find himself in the starting lineup after all.

Dear Athletic Support: My son is entering the ninth grade. He has always played whatever sport is in season and wants to continue to do that. He has several friends his age who are gradually dropping different sports to “specialize” in just one. I don’t know the reasons for the others, but my son wants to keep playing everything. Is he hurting himself by still wanting to play other sports? — Multi-Sport Momma

Dear Multi-Sport: In no way, shape, or form is your son hurting himself by playing multiple sports. Young athletes who specialize at an early age run the risk of burning out.

The title of elite gymnast Jennifer Sey’s recent book, Chalked Up: Inside Elite Gymnastics’ Merciless Coaching, Overzealous Parents, Eating Disorders, and Elusive Olympic Dreams, should serve as a warning to all parents pushing their children toward specialization.

If that’s not enough, consider this quote from former tennis star Andre Agassi: “No one ever asked me if I wanted to play tennis, let alone make it my life. I hate tennis, hate it with all my heart, and still I kept playing because I had no choice.”

There’s a price to be paid to be great at anything, hours upon hours of lonely practice, working toward an ultimate goal. There is a time for such devotion, but that time is not childhood. Youth sports should be about learning the basics, about exploration and intrigue. In other words, your son should have fun playing the games he loves. All of them.

Participating in multiple sports, even as far up as high school, offers another added benefit — game experience. Specialization often means athletes will spend more time practicing or working out with private coaches, and less time playing. There is no way to recreate the final seconds of the fourth quarter or the last inning, when the pressure is really on.

Let your son play all the sports he wants. Allow him the freedom to have fun. With so many young athletes specializing at such an early age, it won’t be easy, but you just might be surprised by the results.

Facebook9TweetPin100EmailShares109
wpDiscuz
0
0
Would love your thoughts, please comment.x
()
x
| Reply
Share this ArticleLike this article? Email it to a friend!
Email sent!