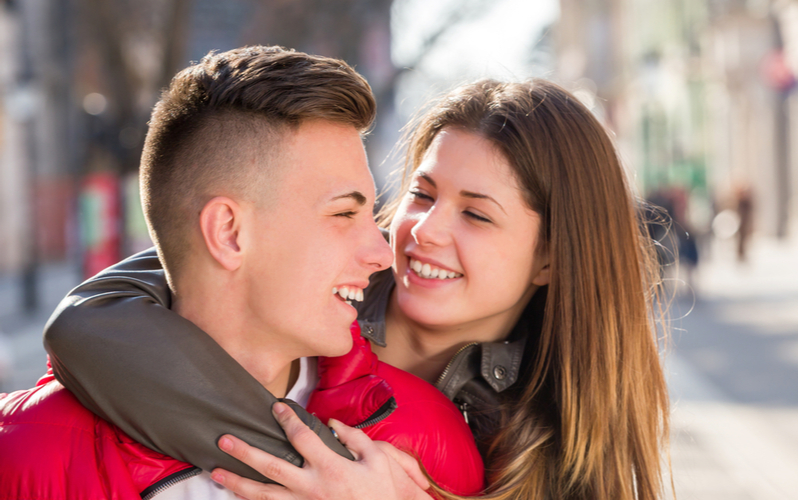 Dear Athletic Support: My son will be the starting quarterback for his high school football team next fall. He’s only a sophomore, and I couldn’t be any prouder. But there’s just one problem—his new girlfriend. She’s a sweet young lady, but she is literally all my son thinks about. As soon as he gets home from school, he’s texting her, Instagramming her, or whatever the heck it is kids do these days. He’s not even sixteen yet. He has the rest of his adult life to worry about women, but only one shot at being a high school quarterback. I just want what’s best for him, but I know if I try to talk to him about this, it will only make things worse. Help, please. — Doting Daddy

Dear Doting: This question hits close to home. I was just like your son during my playing days, even all the way up through college. There’s one game, in particular, that’s especially painful for me to recall.

I had just broken up with my girlfriend (or maybe she’d broken up with me) and there I was, out on the field, barking the snap count and trying to read coverages. Between every play, I would glance up in the stands and try to spot my ex. Somewhere around the end of the first quarter, I found her, sitting next to some dude I didn’t know.

As you can probably guess, the rest of the game wasn’t pretty. My brain was fried, my heart broken, and my passes, well, let’s just say they were “off the mark.” Looking back, I know I let my team down. I wasn’t focused like I needed to be, and we lost because of it.

A few years later, I signed a contract to play quarterback for a team in France after winning the equivalent of the Super Bowl in Sweden. I was single and as focused as I’d ever been, but then I met another girl.

One date led to another, and about a month before I was set to fly to Cannes (home of the Cannes Film Festival and the French Riviera), I backed out of my contract and decided to become a high school football coach. Nine months later, I was married to Mallory, my wife of seven years.

I tell both of these stories to point out the subjectivity of both football and young love. There’s no way to tell whether your son’s new girlfriend will be his future wife or the reason his high school team loses in the second round of the playoffs.

I do think you should talk to him about it, though. Sit him down and speak from the heart. Tell him about the times when you were blinded by passion and what it cost you. But also tell him how you met his mother. Make sure he understands the power of true love.

If you don’t have any crazy stories, no fourth-and-long tales or French connections, maybe you could share this column with him. Lord knows I’ll share it with my son one day, and you can bet I’ll pass it along to my daughter too.