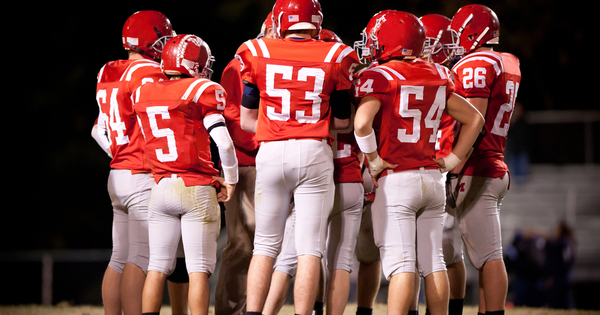 Dear Athletic Support: We live in a medium-sized town in Alabama. Lately, it seems like some of our best athletes are deciding to enroll in nearby smaller schools to participate in their sports programs. My son recently expressed interest in leaving his school in order to be a “star” at one of the smaller schools. He’s already a junior, and I worry the transition might not be all that he’s hoping for. What do you think? — Stay-At-Home Dad

Dear Stay-At-Home: There’s a law called “School Choice” that basically says not every school is the perfect academic fit for every student. Thus, if a student’s needs aren’t being met at a particular school, they can transfer.

Let’s say your son meets all the requirements to be eligible for School Choice. Let’s say he’s not making as big of an impact in his chosen sport as he wishes. It seems the obvious answer would be for him to transfer to a smaller school where he could have a better shot at becoming a “star,” right?

In the words of Lee Corso, “Not so fast.”

There are many other factors involved in this decision rather than just your son’s athletic career, the first of which is his education. Will this new, smaller school be able to offer the same academic rigor as your son’s current school? Also, what about his social life? The teammates and friends your son has grown up with? If he decides to jump ship and leave all of them behind, who’s to say he will be happy at this new school?

Beyond all of that, maybe the biggest variable to consider here is the development of your son’s character. There is something to be said for perseverance, especially in our pervading culture of instant everything.

If your son is looking for a role model — an example of an athlete who stuck it out and eventually found success — look no further than Kyle Trask, the University of Florida’s starting quarterback.

Before the 2019 season (Trask’s junior season), he hadn’t started a game since his freshman year in high school. Pause and let that sink in. Here’s a guy who went through three years of high school, then four years of college (including a redshirt season), and never gave up. He didn’t hop in the transfer portal like so many college quarterbacks are doing these days. He stuck it out, leading the Gators to a 10-2 season and an Orange Bowl victory, while becoming one of the SEC’s most proficient passers.

When asked recently about transferring, Trask had this to say: “I had no intention of leaving. I’ve always wanted to be a Gator. I was still going to compete each and every day.”

Every kid is different, and every player has their own unique story. I could’ve told you about how I went to Florida Atlantic University for one year then decided to transfer back to a smaller, D2 school in Arkansas called Ouachita Baptist University. That decision resulted in some of the best years of my life and eventually even led to me signing a contract to play overseas.

Life, like sport, is funny sometimes. Drop a football and there’s no telling which way it’ll roll.
—