What can we learn about race from last year’s Madden cover voting?  Quite a lot, in Oliver Lee Bateman’s opinion.

Such a mistake won’t be repeated this year, given that the final round of the Madden Cover Vote pits the electrifying All-Pro wideout Calvin “Megatron” Johnson against the even more talented second-year quarterback Cam Newton. New England Patriots tight end Rob Gronkowski, who made a video in which he spiked a Megatron action figure in order to boost his chances of outpolling Johnson in their quarterfinal matchup, is out of the running (much to the dismay of the beer-bellied, backwards cap-wearing bro whom I recently overheard waxing rhapsodic about “Gronk’s hella sweet bod,” alas).

That was the matchup I was watching most closely.  Gronk, hella sweet bod and all, is one of the game’s elite players, and far superior to Hillis.  It’s arguable, though by no means certain, that he’s more valuable to the Patriots than Johnson is to the Lions.   But he, like Aaron Rodgers in the semifinal round, fell to Megatron by a healthy margin.  The Rodgers vote, however, was irrelevant; Green Bay backers have been determined to keep him off the Madden cover for two years running, which contributed to Hillis’ surprising win last year.

See, if Gronk had trumped Megatron, I’d be left to wonder if what Buzz Bissinger had written about sports fandom last year in The Daily Beast was true:

A major problem with the NBA, one that is virtually never spoken about honestly, is the issue of race. I have no hard-core evidence. But based on my past experience in writing about sports, I know that whites ascribe very different characteristics to black athletes than they do white ones. I also make a habit of asking every white sports fan I know whether they watch the NBA. In virtually every instance, they say they once watched the game but no longer do. When I ask them if it has anything to do with the racial composition, they do their best to look indignant. But my guess is they felt very differently about the game when Larry Bird and John Stockton were playing.

Wow, just wow.  Why bother collecting data once you’ve noticed “the racial stereotypes of some whites up close” while writing a best-seller like Friday Night Lights?  The idiocy of this piece–which was written, we are told, because the author is a “realist” who is unafraid to speak the truth–spilled over into a short analysis of how fans respond to issues of racial identity in the NFL:

The marquee position—quarterback—is still the domain of whites. The greatest superstars of the game—Peyton Manning, Tom Brady, and now Aaron Rodgers—are all white, and it gives white fans a greater sense of identification. The stigma of the African-American quarterback—that he will never have the intelligence to read defenses and make instant adjustments no matter how quick his release or how far he throws—still very much exists. Which is why Donovan McNabb, the greatest quarterback in Philadelphia Eagles history, is inexplicably loathed by thousands of fans for what they perceived as poor judgment and inconsistency–despite leading the Eagles to appearances in one Super Bowl and  five conference championships.

Let me be perfectly clear:  that is bullshit, even if it’s “true” or “truthy” or whatnot, akin to when one of my students writes that he or she is a member of the “Irish race” or  that Martin Luther King was “African.”  There’s no analysis on Bissinger’s part, merely an assertion that the NBA’s problem is that most of its players are black and that most of its potential spectators are white.  What’s even more fascinating is that Bissinger offers no solution; rather, he takes the Jimmy the Greek route (followed most recently and notably by The Wall Street Journal, which offered evidence that natural selection has made Afrikaners physically superior to other white people) and claims that this state of affairs won’t change because ” black players are better, stronger, faster, and have more basketball intelligence than any of their white counterparts.”

I was left left to wonder, then, whether Hillis’ victory in the 2011 Madden vote was the result of white prejudice. Hillis, after all, received a lot of attention during the 2010-2011 season because he was the first white running back to crack the 1,000-yard barrier since erstwhile Pony Express member and present-day paleoconservative Senate candidate Craig James did so in 1986.  Never mind, of course, that there had been plenty of great running backs, such as Kansas University alumnus John Riggins, who only incidentally happened to be white and whose early-career attitude issues call to mind knavish Randy Moss rather than squeaky-clean Steve Largent.

In a perfect world, we wouldn’t bother with unhelpful discussion of what can best be described as “tribal identities.”  We’d talk about who was fast or slow, strong or weak, independent of some spurious connection with the melanin content of one’s skin.  But the news cycle must continue, so we get stories like this one and the aforementioned Bissinger piece.  I’d almost put this topic out of mind until I saw the following tweet scroll along the bottom of my the March Madness application on my iPad:

how can you not root for five white guys on the court? not to mention they are ballin it up.#goJacks

How indeed!  I responded to that tweet, which was offered in the innocent and ignorant good faith of a sloppy-thinking undergrad, and thereafter contemplated composing a similar one myself:

how can you not root for five black guys on the court? not to mention they are ballin it up.#goWildcats

I’ve traveled rather far afield, so let’s return to the matter at hand.  Did Peyton Hillis–who is indeed a solid player, if used as an H-back in the manner in which he was employed at Arkansas–triumph by means of some Southern strategy of which he was himself unaware?  Would Rob “Gronk” Gronkowski, who is much better than Hillis, achieve a similar victory on account of how much the bros loved his sweet bod?  Would we have further proof, if only in passing and only in one isolated and ultimately quite meaningless situation, that the “white tribe” rooted for its own kind?  No, we wouldn’t, because deep down this is all a load of shit.

My father, who is hardly some bastion of enlightened liberalism, played college football for West Virginia University.  He has repeatedly described Ernie Davis as “the best football player [he] ever played against,”  never appending any mention of race to that superlative.  This offers a fine starting place for us:  Peyton Hillis was an above-average running back, and hopefully he made it on the Madden 2012 cover solely because a few thousand Cheesehead bros didn’t want Aaron Rodgers to suffer the curse.  Calvin Johnson and Cam Newton, moreover, are both fantastic players, and one of them will appear on the Madden 2013 cover.

In spite of that facile resolution, race–socially constructed or no–remains as intimately connected with participation in sports as it is with participation in other aspects of American life.  In a society where members of one group of people once owned members of another group of people, we can’t help but “see race” everywhere we look.  But organized athletics, which provide at least some objective measurements for human performance, has served as an area in which athletes of all races (even the Irish and German races that so captivate lazy undergraduate writers) can work together towards a common goal.  If spectators and fans cannot do likewise without engaging in knee-jerk stereotyping and racial prejudice, shame on them.

From 2012 to 2014, Oliver Bateman was a contributing editor to The Good Men Project. His work has appeared in Salon, Vox, VICE, Al Jazeera, Pacific Standard, and elsewhere. You can find him on Twitter @MoustacheClubUS.

I’ll admit you know a lot more than I do about sports. That said, I don’t think you know that much about race and racism. Judging from this article. In the case of McNabb, it seems you ignore the racial prejudice against a Black quarterback by saying it’s true and that it’s BS. I mean, what does that even mean? Prejudice against Black players is nothing new. It’s pretty common, and yet here you are dismissing it so casually, as if people are stupid for recognizing this reality is idiotic. It’s sad how condescending you’re being to the lived experience… Read more » 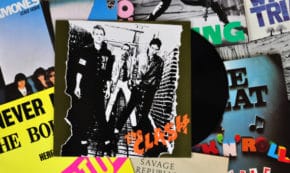 END_OF_DOCUMENT_TOKEN_TO_BE_REPLACED

FacebookTweetPin6EmailShares6
wpDiscuz
Share this ArticleLike this article? Email it to a friend!
Email sent!