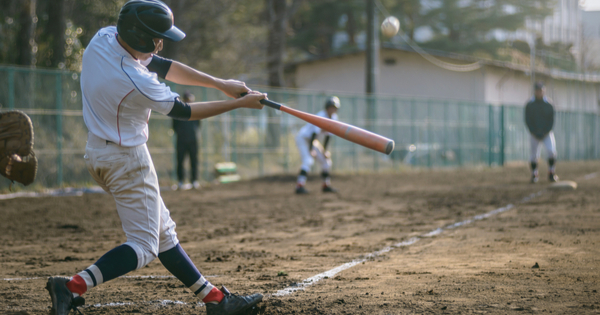 DEAR ELI: My sister has her son in full-time, travel baseball. Whenever I ask him about it or try to talk to him, he’s just like, “Whatever.” My sister, on the other hand, is obsessed with it. I really think she’s just trying to be a good mom, but I’m afraid my nephew is burning out.

Is it appropriate for me to tell my sister I think her son doesn’t love travel ball as much as she does? – A QUESTIONING AUNT

DEAR QUESTIONING AUNT: As you mentioned above, your sister probably has your nephew’s best interest in mind. She is, after all, the boy’s mother.

I’m sure she wants the world for her son, along with a college scholarship, a multi-million dollar contract with the MLB, and while we’re at it, a six-figure signing bonus. Like most parents, your sister wants her son to have more than she had, do more than she did, and be more than she was. You can’t fault her for that.

However, you can (and should) have a talk with her.

It won’t be easy. In her mind, your nephew is baseball’s next big thing. Let’s hope he is. There might even be a new convertible in the not-too-distant future for his favorite aunt! But if he’s not destined for the Big Leagues, and you can see the fire fading in his little eyes, then here’s what you say to your sister:

Tell her he’s a kid. Remind her of what that feels like. Back before the pressures of the real world — bills to pay, mouths to feed — came crashing down. Those few sparkling years of innocence, where kids play ball because it’s fun. Remind her of that. Baseball is fun.

And that’s it. That’s all you can say. Paint the corners and throw a few curves, but if Sis still knocks your little intervention out of the park, keep your chin up. Travel ball is like a drug. Admitting there’s a problem is always the first — and hardest — step.

DEAR ELI: I have a 15-year-old son who plays football. I share joint custody with his mom, and she doesn’t bring him to any summer workouts on the weeks she keeps him. How can I help him be successful given the amount of practice he’s going to miss this summer? — WORRIED DAD

DEAR WORRIED DAD: At 15, I’m guessing your son is going into his sophomore year, his first real year of high school football.

While this can be a nerve-racking time for both athletes and parents, the truth is very few sophomores play on the varsity squad. If there were ever a summer for poor attendance, this is the one. There will be plenty of time during the season, in junior varsity games, and on into the offseason for your son to earn his spot on the team.

So be patient. See how the season goes. Set goals with your son for his junior and senior years. Talk to your wife about the commitment your son has made to the team and start making a game plan for the future. However, I wouldn’t let the tension escalate. Football is never more important than family.

If Mom doesn’t budge, I’d give his coaches a call, explain the situation, and see if they’d be willing to share his workouts via email or text. That way he can complete his training from his mother’s house, and still come prepared for the start of the season.